By Emmanuel_C.O (self media writer) | 1 month ago

The Late Chief Emeka Odumegwu Ojukwu, former Governor of the Eastern region, and former Biafran leader, was a man who was popularly and widely known. He died on the 26th of November 2011, but its unfortunate that a lot of misconceptions have been circulating around surrounding the cause of his death. 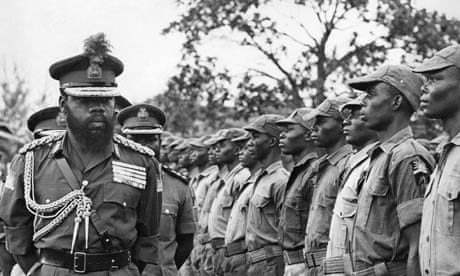 I met a junior colleague earlier today, who during the course of some interactions made mention that Ojukwu died as a result of an assassination carried out on him. I corrected him, and it was sad for me to find out that he heard this from someone else. For those who have been misinformed, below is the true story behind the death of Odumegwu Emeka Ojukwu.

Chief Odumegwu Emeka Ojukwu was said to have had a stroke at his home in Enugu, Nigeria, in December 2010. He was then flown to London, in England, where he underwent medical treatment, and had since then been under treatment up until the time of his death the following year.

He was reported to have died in Hammersfield Hospital, England, on a Saturday, the 26th day of November, 2011. So, summarily, Odumegwu Ojukwu died as a result of an illness which was unfortunately not successfully treated, and not as a result of an assassination carried out on him, as I heard some people believe.

Late Chief Emeka Odumegwu Ojukwu died at age of 78, he lived from November 4, 1993 - November 26, 2011. He was buried at his hometown in Nnewi, Anambra State on the 2nd of March 2012. The Nigerian Army had accorded him the highest military accolade and conducted a funeral parade for him in Abuja, Nigeria on 27 February 2012, the day his body was flown back to Nigeria from London. 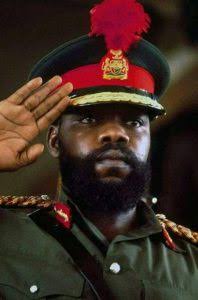 Please share this article to rightly inform people who are misinformed on the real cause of the death of Emeka Odumegwu Ojukwu.

Images are only for illustration.