By Misterlekturer (self media writer) | 5 months ago

Honorable Taofeek Arapaja, former deputy governor of Oyo state and current National Vice Chairman of the Southwest PDP has urged Nigerians to pray for the welfare of the country. The former deputy to Governor Alao Akala made this call while featuring on a live radio interview program on Yinka Ayefele's Fresh FM Ibadan station. The program was anchored by Mayor Isaac Brown. On the same program, Arapaja was equally interviewed by Ademola Babalola, Oyo state Chairman of NUJ, Bisi Oladele of The Nation Newspapers, as well as Dare Adekanbi of The Tribune Newspapers.

Arapaja alleged that members of the PDP who have been moving in their numbers into the APC were either threatened or induced. He claimed to have verifiable proofs that governors elected under the umbrella of the PDP who then migrated to the APC did so under political duress. He thereafter said that many of those who have defected will soon return to the PDP fold. He thereafter asked Nigerians to be patient and watch how the tables are bound to soon turn against the APC. 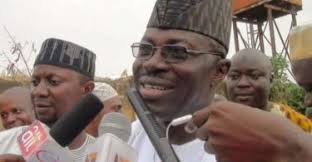 "There is a crisis brewing in the APC. I can assure you that many of those who have defected from our party to the APC will soon find their way back. The leadership crisis will soon cause an implosion within the APC and many politicians who do not want to be stranded will find their way back into the PDP." He said. Arapaja implied that there was no way that the APC will survive the imminent leadership crisis occasioned by the Bunmi-led APC NWC. He added that it was unheard of that a sitting governor would still be in charge of the day to day affairs of running a political party. He added that such was strange to the Nigerian Constitution. 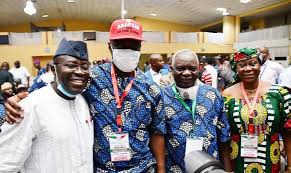 He thereafter berated the ruling APC for a lack of foresight in addressing some critical challenges facing the country. He said much can be deduced from the fact that both President Buhari and the man widely referred to as APC National leader were both outside the country at the same time to attend to their health challenges.

"Nigerians seriously need to pray for this country. You can imagine that the two people who are supposed to give direction to this current APC administration, President Buhari and their National leader, Asiwaju Tinubu, are both in London at the same time to attend to their health issues. They couldn't formulate policies to improve Nigerias healthcare delivery. However, their solution to each other's individual health situations is to travel to London for treatment. Why should anyone be surprised at the state of healthcare delivery in this country?" He queried. 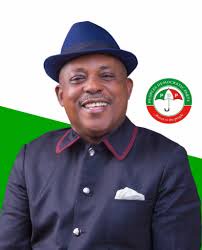 Arapaja also criticized PDP National Chairman, Prince Uche Secondus for the current plight of the party. In Arapaja's opinion, Secondus is working for the interests of the ruling APC to the detriment of his own party the PDP. According to him:

"How can the PDP lose three governors to the APC within a space of three months and yet when we go to meetings, the chairman appears to indicate that all is well within the party. He is just so happy to be called the National Chairman. And still he wants to return for a second term. This indicates to me that he is happy with the defections currently going on. We know many of them and where they truly belong, they are openly PDP but secretly APC. They are PDP during the day and they are APC during the night." He said.