Presidency Defends Pantami, Claims He Was Young When He Made Such Comments

By Meenaella (self meida writer) | 20 days 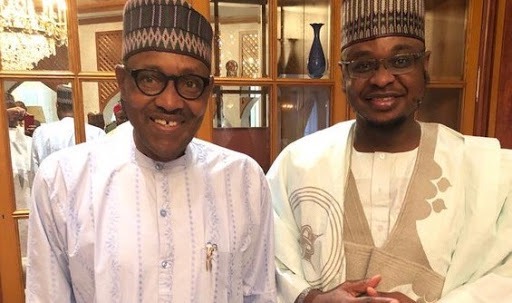 The news of The minister of communication and digital economy involvement in the alleged acts directed at the security of the nation has been giving everyone a sleepless nights,as the youths and group of other individuals clamour for him to step down or better more be removed from the administration.This reports and views has been flying around on all social media platforms,but the president of the federal republic of Nigeria had initially refused to say anything regarding the issue but today ,he has finally opened up .

According to the reports shared on Sahara reporters, the president broke silence about the issue and went ahead to remind the people that the minister had mistake of making comments supporting the activities of terrorism,due to his young and vulnerable age then. The president said this through the statement he had made available to the general public. 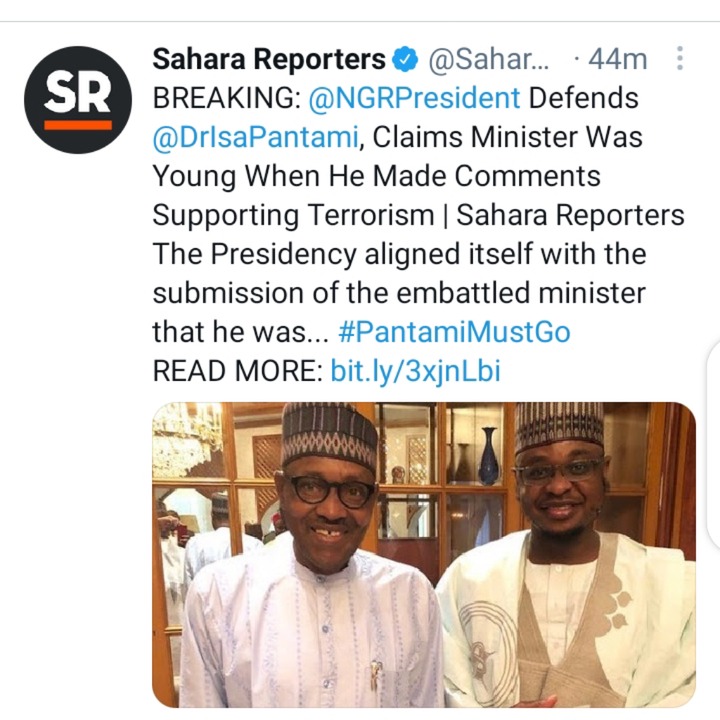 He also said that the minister had also gone ahead to tender an apology for his action and deed. 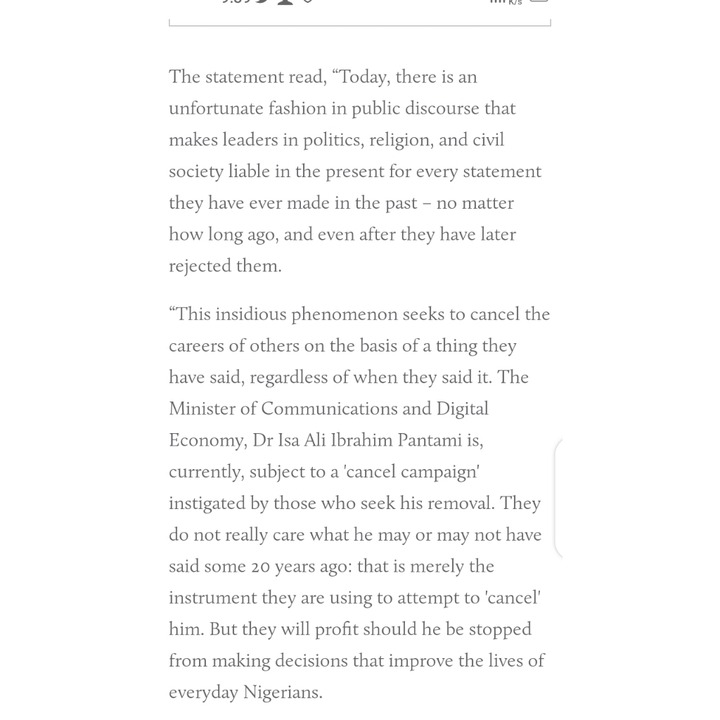 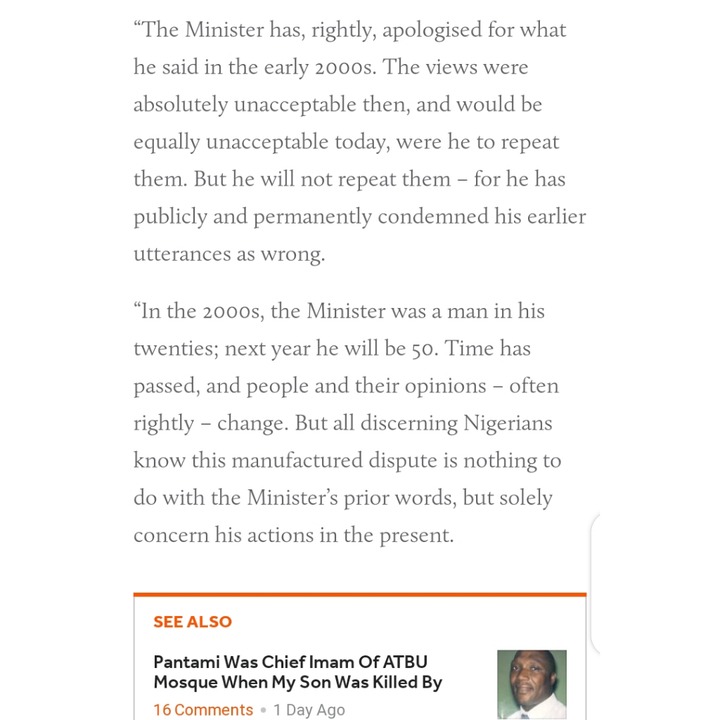 He claimed that time and tides has changed since he made such comments and now many things has changed and people intend to change their words and actions with time.

Content created and supplied by: Meenaella (via Opera News )