By CoachAnny (self meida writer) | 21 days 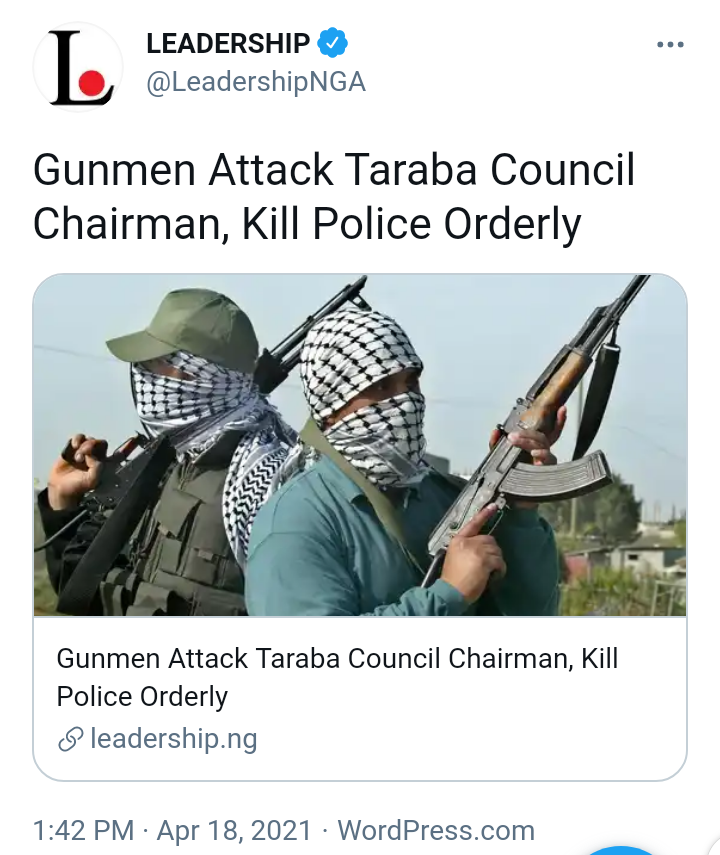 A police orderly attached to Mr Shoban Tikari, Chairman of Takum local government council of Taraba, was on Saturday killed by gunmen suspected to be bandits who opened fire on the chairman’s vehicle in Dogo-Gawa village in Takum LGA.

The News Agency of Nigeria (NAN) reports that the deceased policeman was of the 67 Mobile Police Squadron, located in the area.

Tikari, who confirmed the attack, said the militia, in their numbers, launched an attack on his motorcade while on his way to Takum, claiming the life of the deceased in the process.

The chairman, who declined giving the name of the deceased, called on the Federal government to deploy more security personnel to the area.

Takum and Wukari councils, in southern Taraba have in recent times witnessed a surge of bandit attacks leading to death of civilians and security personnel. (NAN) 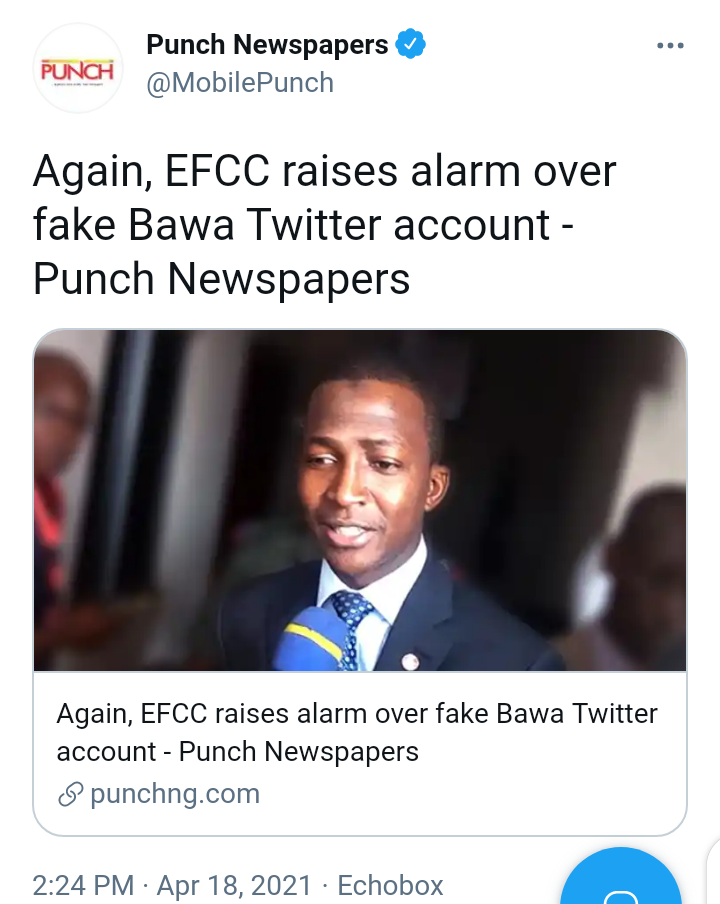 The Economic and Financial Crimes Commission has alerted the public about the emergence of a number of fake Twitter accounts masquerading as the genuine Twitter handle of its Chairman, Abdulrasheed Bawa.

The EFCC listed some of the fake Twitter accounts to be @AbdurasheedBawa, @AbdulrBawa and @AbdulRashidBawa1.

This is contained in a statement issued on Sunday and signed by the Head, Media & Publicity of the EFCC, Wilson Uwujaren. 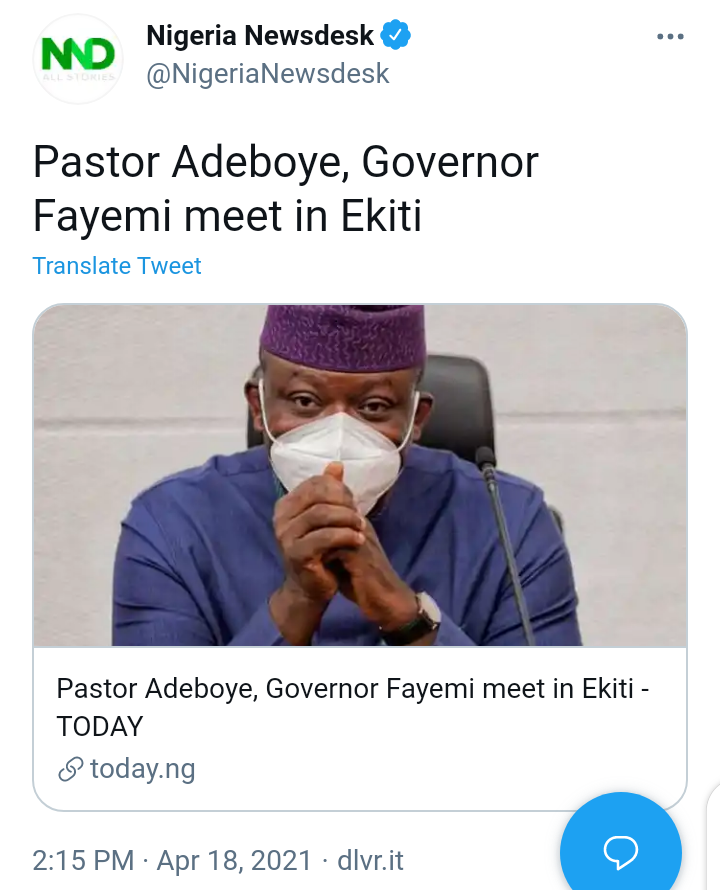 Speaking with newsmen after the meeting, the Chief Press Secretary to the governor, Yinka Oyebode, said the 79-year-old cleric paid a courtesy call on the governor.

He added that Adeboye and Fayemi also discussed issues of nationhood. 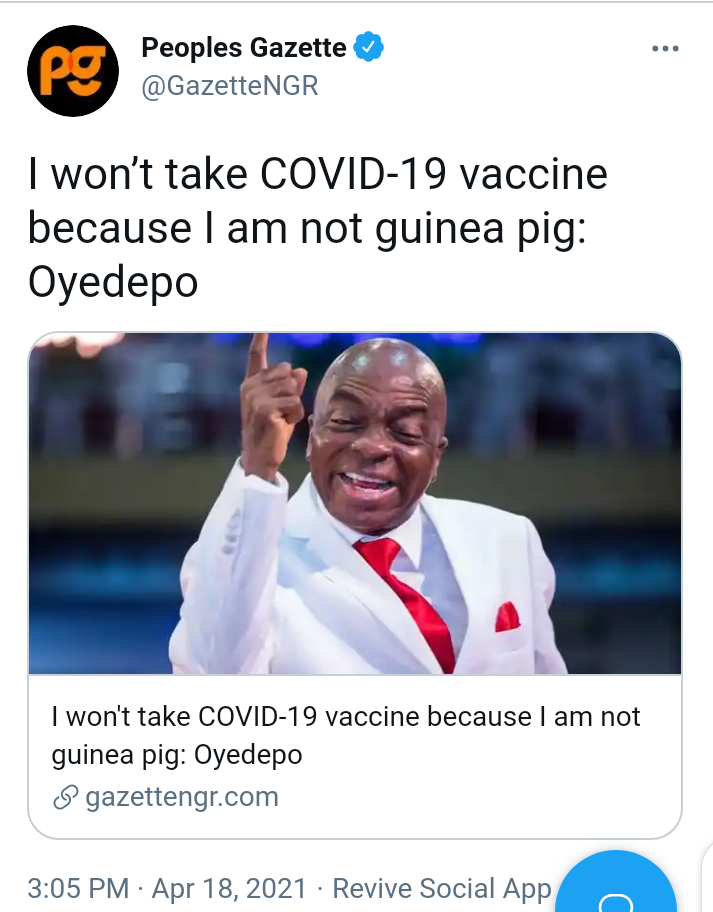 David Oyedepo, the bishop and leader of Living Faith Church Worldwide, on Saturday, told his audience that he would not take the COVID-19 vaccine because he is not a guinea pig.

Mr Oyedepo made the statement during the church’s covenant hour of prayer, a program Peoples Gazette learnt is streamed live and watched by millions of people globally.

Mr Oyedepo also insinuated that the answer to COVID-19 challenges is in his church.

Mr Oyedepo’s flammable take on COVID-19 represents strongly held sentiment among some Pentecostals and religious leaders who have been propounding many conspiracy theories about the dreaded contagion. 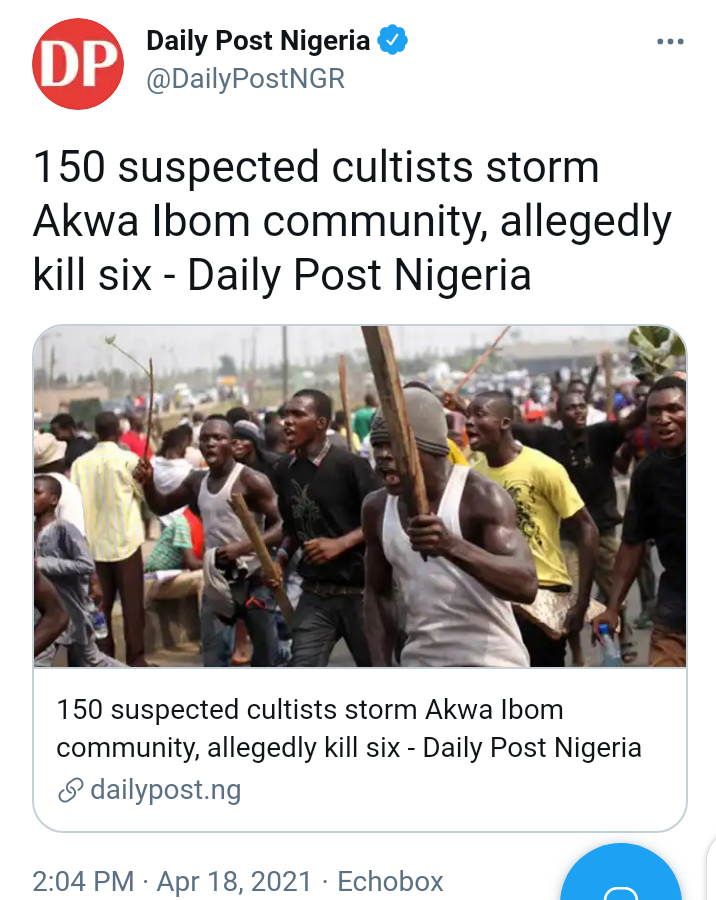 Over 150 suspected members of Iron and the Skin confraternity had Saturday night invaded Mbiabong Ikot Essien village in Uyo Local Government Area of Akwa Ibom State and allegedly killed six persons suspected to be members of both cult groups.

It was gathered that the Iron confraternity allegedly beheaded a member of the Skin cult group a few weeks ago and the latter launched a reprisal attack last night but was also confronted by members of the Ironconfraternity.

It was further gathered that six suspected cultists, three from each group were killed at the attack.

The village head of Mbiabong Ikot Essien, Eteidung Hosea Okon told our correspondent who visited the area, that one person from his area was killed.

Chief Okon who narrated that the suspected cultists invaded his residence and vandalized his properties wondered why some youths could engage in activities that would not make positive impact on their lives.

He noted that the commissioner of police, CP Andrew Amiengheme was determined to clamp down on cult activities in the State. 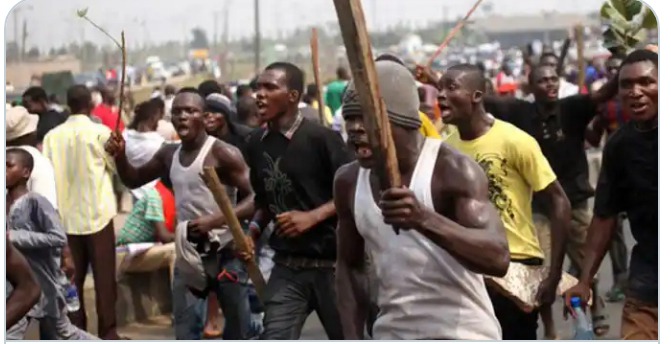