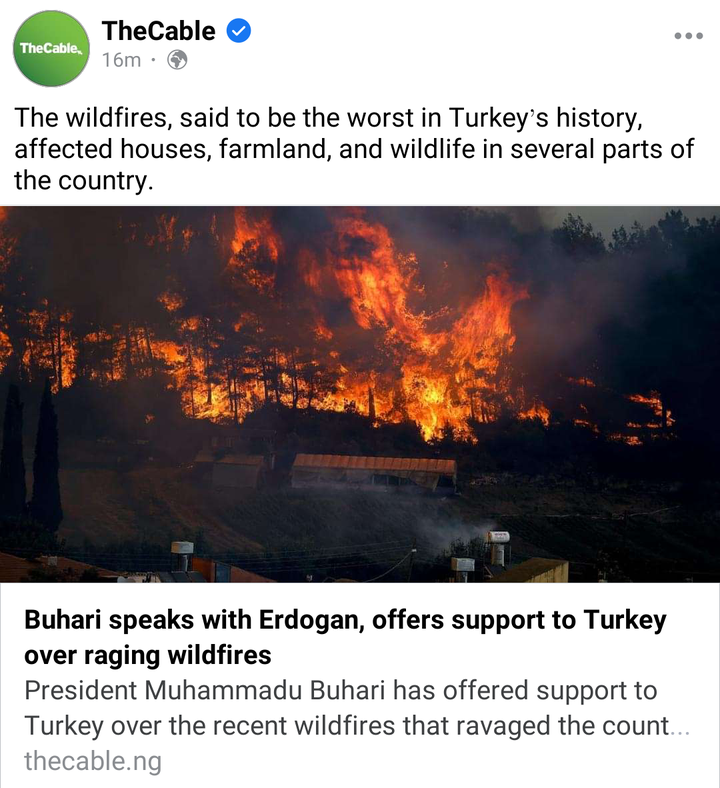 President Muhammadu Buhari has offered support to Turkey over the recent wildfires that ravaged the country.

Over two hundred wildfires have burnt 1,600 square kilometres of Turkey’s forest in the last few weeks.

The wildfires, said to be the worst in Turkey’s history, affected houses, farmland, and wildlife in several parts of the country.

Garba Shehu, the president’s spokesperson, in a statement issued on Sunday, said Buhari rang Recep Tayyep Erdogan, his Turkish counterpart, to convey the sympathies of the Nigerian government. 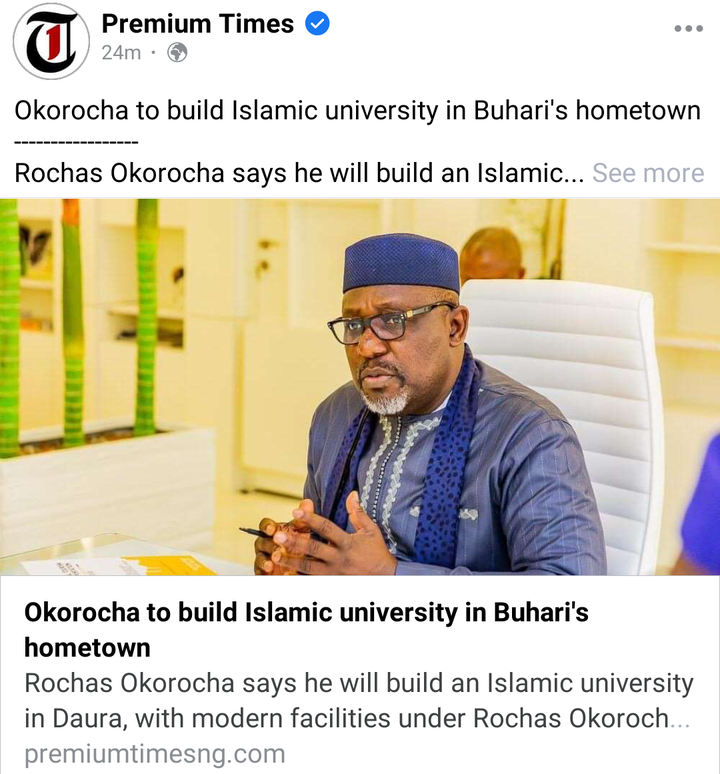 Mr Okorocha, a senator and chieftain of the ruling All Progressives Congress (APC), said the Rochas Okorocha Foundation would build the university.

The former governor was recently conferred with the traditional title of Maga Alherin Kasar Hausa by the Emir of Daura, Umar Faruk. I won't return to Nigeria until Igboho is released - Akintoye 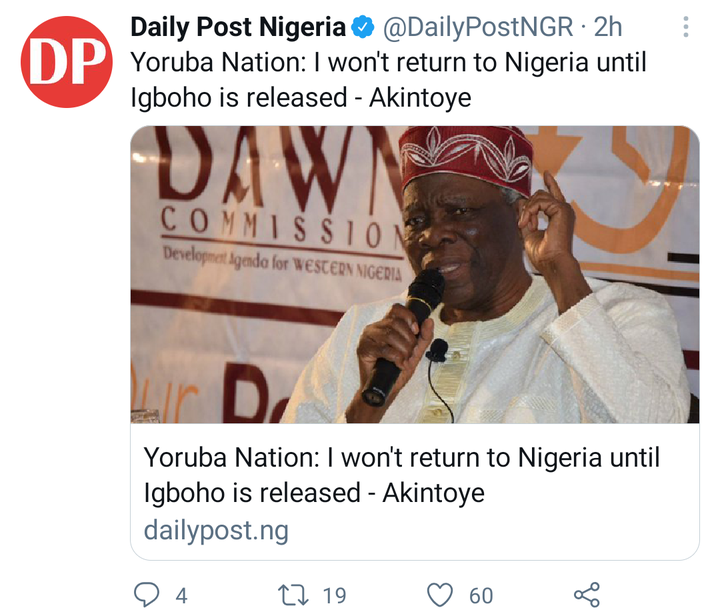 The leader of Ilana Omo Oodua, Professor Banji Akintoye, has declared that he will not return to Nigeria unless Sunday Adeyemo also known as Sunday Igboho is released from prison.

Igboho is still at the prison as at the time of filing this report on Sunday.

Akintoye has said that he has left Nigeria for Benin Republic. 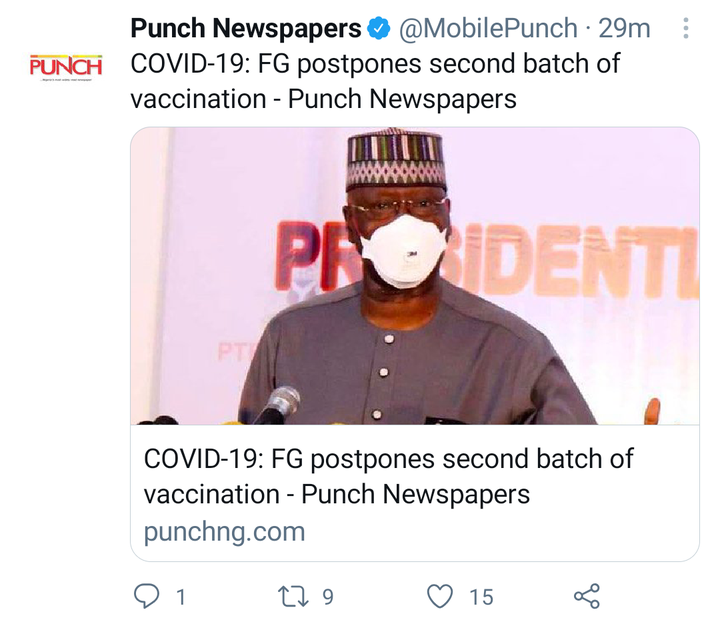 The Presidential Steering Committee on COVID-19 has announced the postponement of the second batch of COVID-19 Moderna vaccines doses donated by the American government to intensify the battle against the virus.

The Director Press, PSC, on COVID-19 Mr. Willie Bassey, made this known in a statement issued on Sunday in Abuja.

The exercise was earlier scheduled to commence on Tuesday, Aug, 10, 2021 at the Federal Medical Centre, Jabi, Abuja. 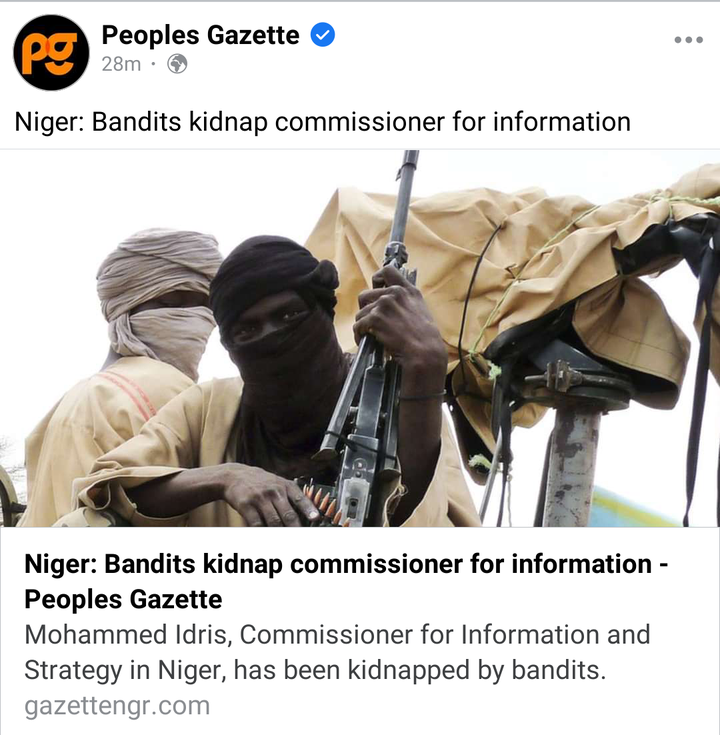 Mohammed Idris, Commissioner for Information and Strategy in Niger, has been kidnapped by bandits.

The bandits abducted him on Sunday at Baban Tunga of Tarfa local government area.

The Secretary to the State Government, Ahmed Matane, disclosed this on Monday.

Mr Matane explained that the bandits who invaded the area, riding on more than a dozen motorcycles and armed with sophisticated weapons, kidnapped the commissioner at about 11:00 p.m. during a downpour.