After Minister Isa Pantami Was Linked With Terror Groups By The US, See What The Presidency Said

The presidency through the personal assistant to President Muhammadu Buhari on News Media, Bashir Ahmad has debunked the report circulating on Social Media and published by 'The Independent', alleging that the Nigeria Minister of Com­munications and Digital Economy, Dr Isa Ali Pantami has a link with terror groups citing US Intelligence Service.

According to Bashir, the report is fake and baseless and said the brilliant Minister of Com­munications and Digital Economy has never been on any US watchlist. The Minister has performed incredibly well in his portfolio, introducing different ways to move the digital economy forward in Nigeria. See his tweet below. 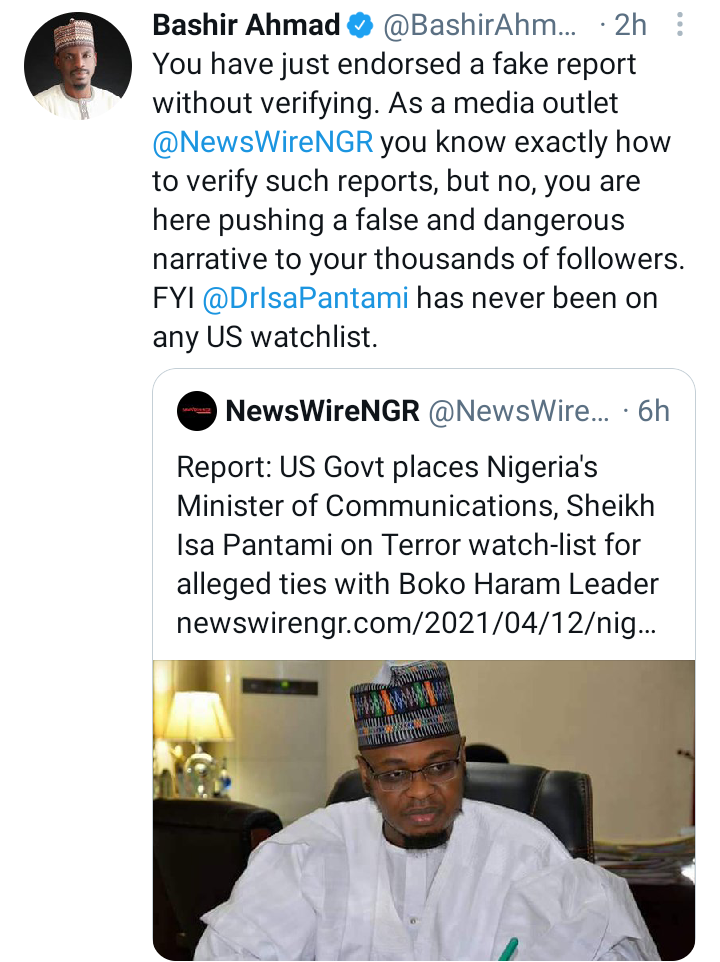 Many Nigerians that reacted to the report this morning has seen it as a deliberate act to undermine the success of Dr Isa Pantami, which he has made so far as a Director General of the National Information Technology Development Agency (NITDA) and now as a Minister of Com­munications and Digital Economy. Perhaps, some see him as a threat and the only way to get back on him is to sponsor floating accusations against him. 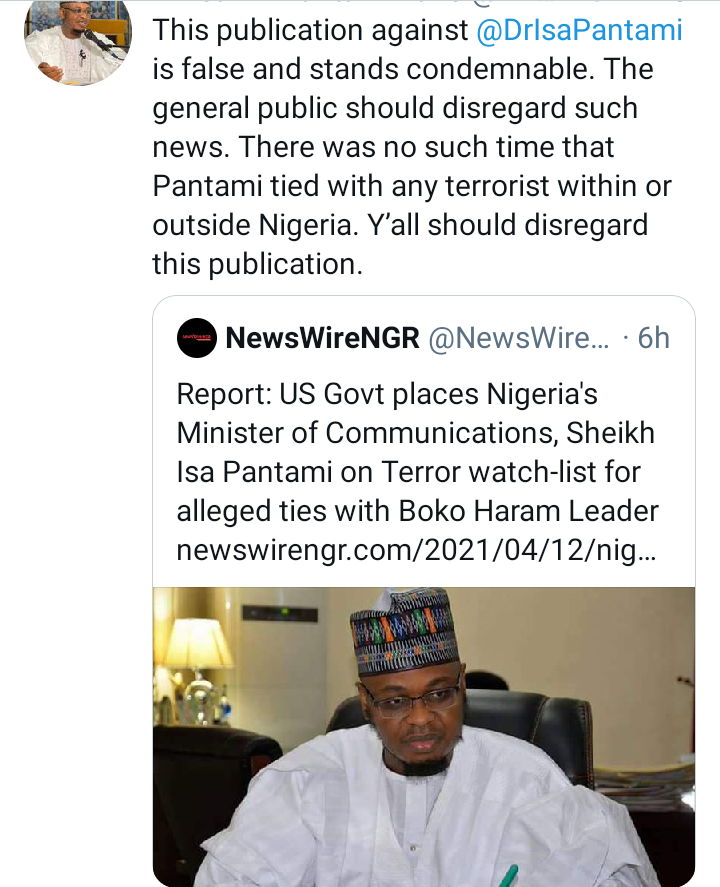 Dr Isa Pantami is someone that has faced repeated threats from Boko Haram several times, so it would have been a blatant accusation. There is always a danger in a single narrative, because everyone can come out and accuse another. It is left for the reader to use his intelligence to read between the lines. See video here. 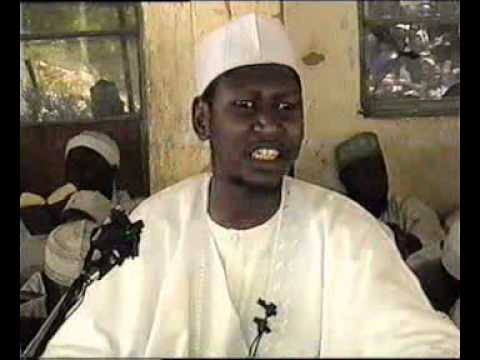 Dr Pantami was one of the Islamic scholars that debated the then leader of Boko Haram on his evil ideology that western education is sinful, he tried to make him understand where he got it wrong. So it will be unfair to accuse him of having ties with them. Many Nigerians troll their social media pages to debunk the report as follows. 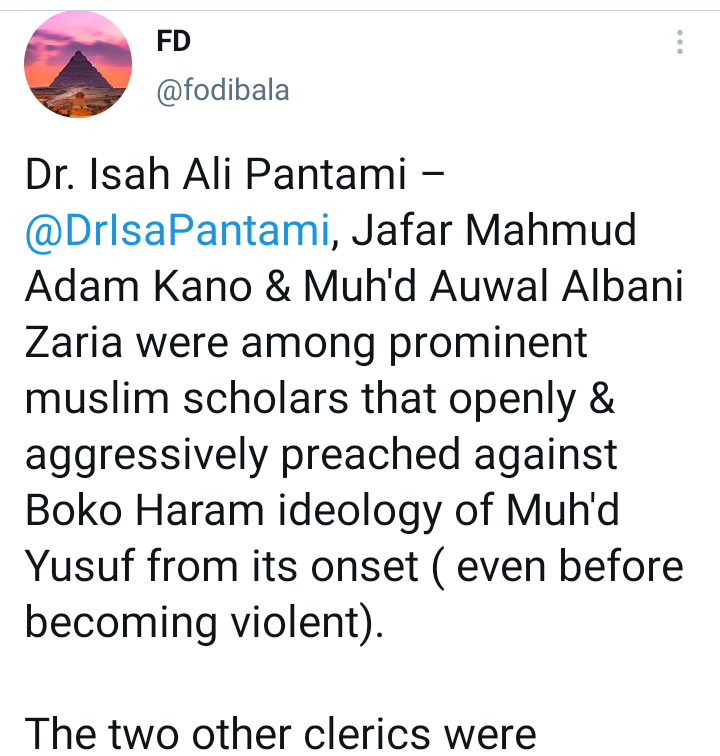 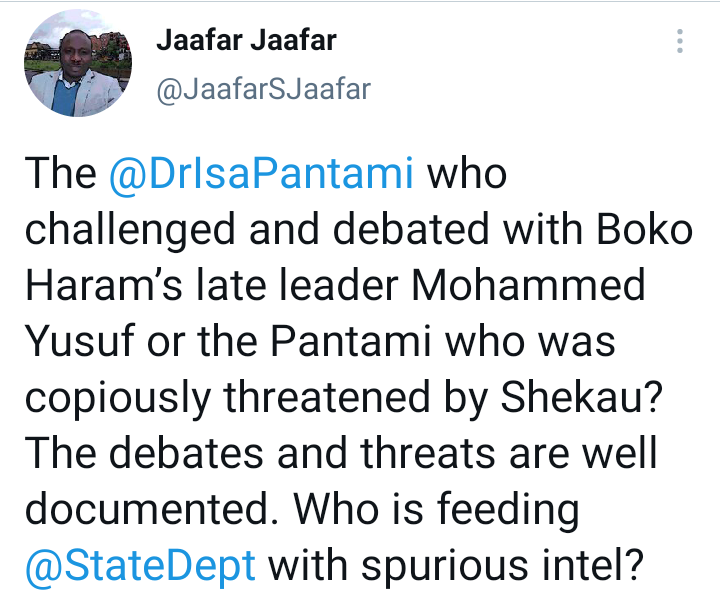 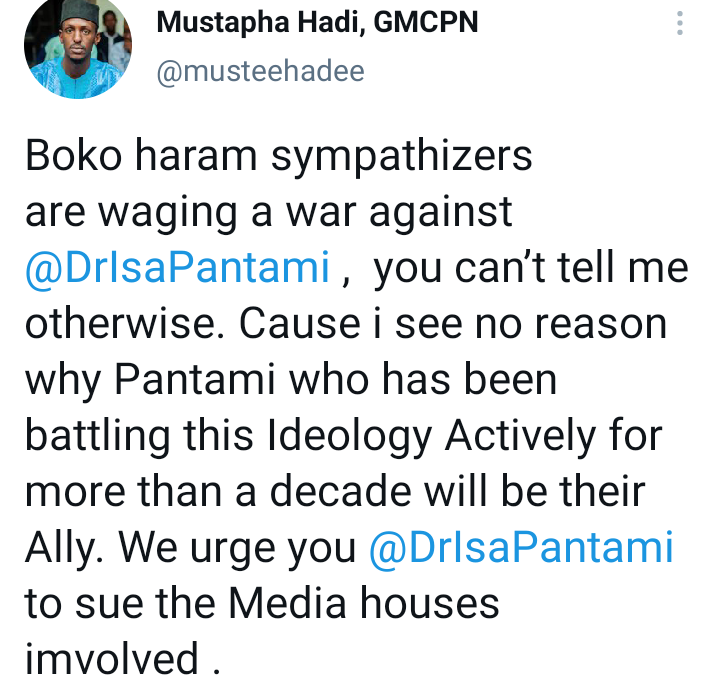 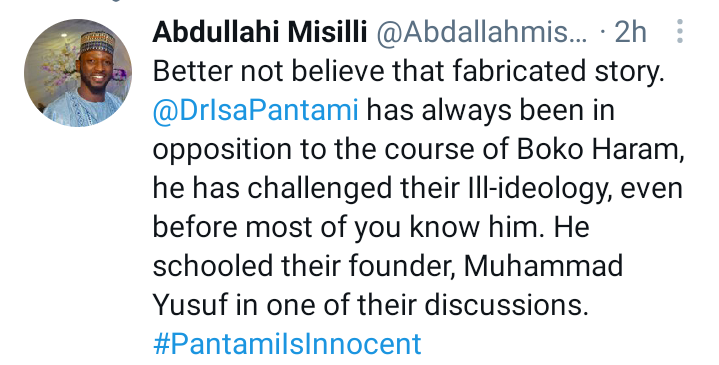 There is enough fake news going round, if you are not careful, it will come to your name and dignity. Stand for other people. 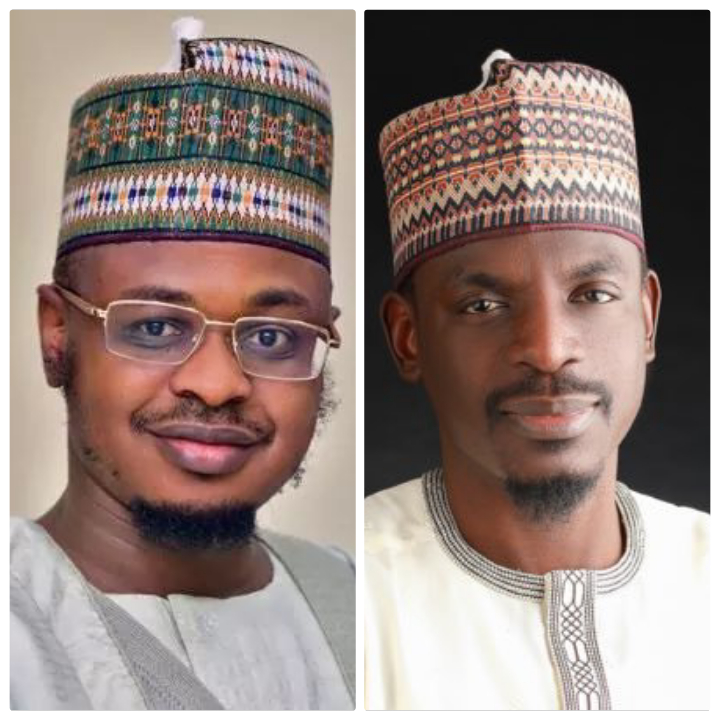 What do you think about this? Share your views with us in the comments section.

Video: "The Head of Boko Haram Is A Serving Northern Gov", FFK Reveals What Mailafia said

We killed our wives and buried them, after they threatened to expose us- Arrested kidnappers