If you have collected 774000 job forms from politicians, hear what Labour Minister said 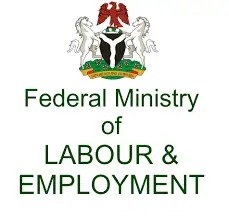 The Minister of State for Labour, Festus Keyamo, has spoken again sequel to reports that some politicians were distributing 774000 job application forms to their allies across the states of the federation.

In those reports, it was rumoured that some party chieftains had started distributing forms for application to the FG's 774000 jobs to thieir cronies so they could be employed through them (politicians) to boost those politicians' local acceptance.

But Mr. Festus said such forms would never be accepted, attended to or be considered in the process of the recruitment.

See picture below for what Keyamo was reported to have said. 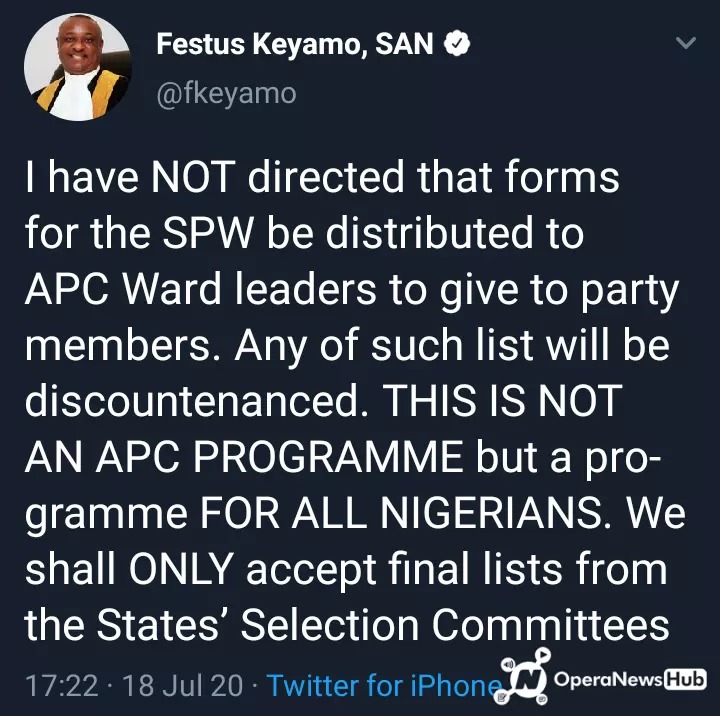 As you could see it glaringly in the above post, Keyamo said the employment was for all Nigerians irrespective of party or religious afflictions.

Recall that the issue of 774000 jobs for rural youths had generated a lot of controversies in recent times to the extent that when Keyamo appeared before House Committee on Labour and Service matters, he had to be walked out of the chamber.

The legislators accused Keyamo of not being able to convince them on the processes and modalities his ministry was adopting to reach out to the rural youths the programme was mearnt for.

But in his response, Keyamo said the legislators were pursuing selfish interests. He added that they wanted to ambush the whole process to benefit their cronies.

However, the legislators rebuffed the accusations and thence ordered the recruitment processes be suspended or be given to the Nigeria Directorate of Employment, NDE, to execute. The honorable members posited that it was illegal for the ministry of labour to have in the first place involved itself in the recruitment exercise.

The Chamber then called on the President to halt the programme till when the minister satisfied the requirements given to him by the legislators.

But recently, there were reports that the President of the Republic had sounding pats on the back of Keyamo to continue the programme without minding the calls by the legislators. Also, before the brouhaha, the committee set up by Minister Keyamo had ordered formation of state committees to carry out the process.

Each state committee as reported, would be composed of 20 members including representatives of traditional rulers, religious leaders, civil societies, and other relevant stakeholders close to rural people.

This was done in order that those targeted in the scheme really got the slots.

Predident introduced the Social Work Scheme to reduce unemployment of youths in rural areas and thus stem criminality in the country.

The programme targets rural youths in the age range 18-35 years as the potential beneficiaries.

This was in line with the ageñda of the presidency to lift Nigerians out of extreme poverty.

The youths would be employed for three months starting from October 2020 to December on stipends of #20000 per month.

They are to be engaged to do menial jobs of rural road maintenance, street cleaning, and some other social work. So, with what the minister had been doing, it seemed the government was serious about letting the opportunities reach the targeted individuals, as opposed to the past norms where politicians shared opportunities to party members and denied deserving Nigerians of their rights.

Drop comments for quick responses. And if you have questions, please ask.