By haveyouseenthis (self media writer) | 1 year ago The saga between the NDDC and the National Assembly continues as the unexpected happened. The Acting MD of the NDDC, Prof. Keme Pondei was seen on Live television to have lost consciousness a.k.a fainted. This has caused wide-spread reactions all over social media as to why he fainted. 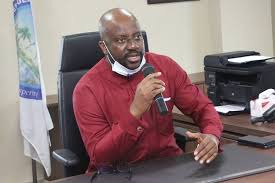 Some opinions say he fainted because he(Prof. Keme Pondei) couldn't answer to all the questions about the billions of naira that the NDDC spent hence he was looking for an easy way out. But the commission through the director of Corporate Affairs, Charles Odili has come out to debunk all the rumours of acting out the fainting episode. 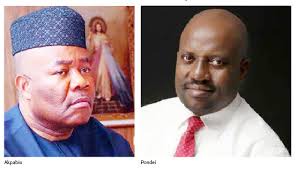 Mr. Odili said that the MD, Prof. Pondei has been ill for the past two weeks with his condition even getting worse on Monday morning. He even stated that the doctors of the MD advised him against going for the hearing at the National Assembly where he subsequently fainted but he refused to listen to their advice. This was because according to the MD, if he did not attend the hearing his enemies will use that as an opportunity to "soil his good name and reputation" It is worthy to note that Prof. Pondei was appointed as MD of NDDC on the 20th of February and by May 5th the National Assembly(both the senate and the house of representatives) ordered a probe of his tenure. 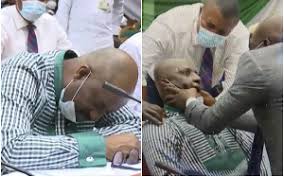 Senator Godswill Akpabio who is the honourable minister of Niger Delta Affairs claimed that 60% of the contracts awarded by the NDDC were to the National Assembly members, with which he was once a member of. This raises further questions about the commission and the top executives. Content created and supplied by: haveyouseenthis (via Opera News )