By BomaIbim2 (self media writer) | 6 months ago 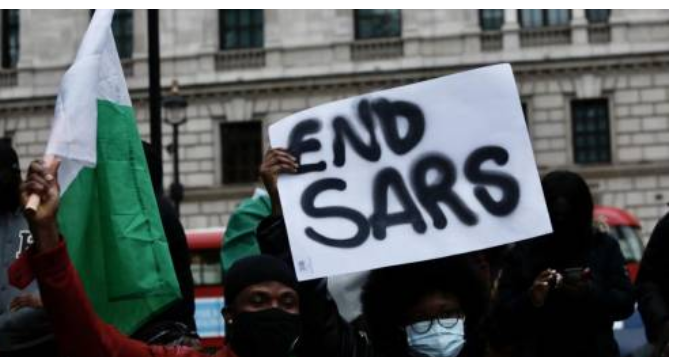 A former member of the disbanded Special Anti-Robbery Squad, SARS known as Olushola Popoola seeking asylum in Canada has been rejected by the Immigration Division of the Immigration and Refugee Board following the alleged crimes committed by SARS against citizens.

Popoola who was a former member of SARS between 2002 and 2015 left Nigeria in 2016 to the USA but later traveled to Canada as a refugee.

But his claim of being a refugee was suspended and his case transferred to the Canadian Immigration Division to determine is acceptance in the country but his application was rejected because he was an Ex-SARS operative.

Popoola later seek a review of his case in a Federal High Court in Canada claiming that he had resigned in 2011 but the Force did not accept his resignation till 2015.

But the presiding Judge dismissed his application for a Judicial review. He said he is holding unto the decision of the Immigration Division.

According to the Judge, he said he is dismissing the application because the decision-makers of the Immigration Division had carefully and reasonably assessed Popoola case if he contributed to the crimes committed by SARS before his resignation before his application was rejected.

You'll recall that in October, 2020, the unit of the Police Force known as Special Anti-Robbery Squad, SARS was disbanded following the #EndSars protest after they were accused of commiting crimes against citizens; such as unlawful arrest, harassment, theft, extortion, murder, rape, among others.