Popular cartoonist, Mustapha Bulama, has released another cartoon about trending political discourse in the country. The latest edition is about the Southern Governors resolution that the next president must come from the South after President Muhammadu Buhari's tenure in 2023. 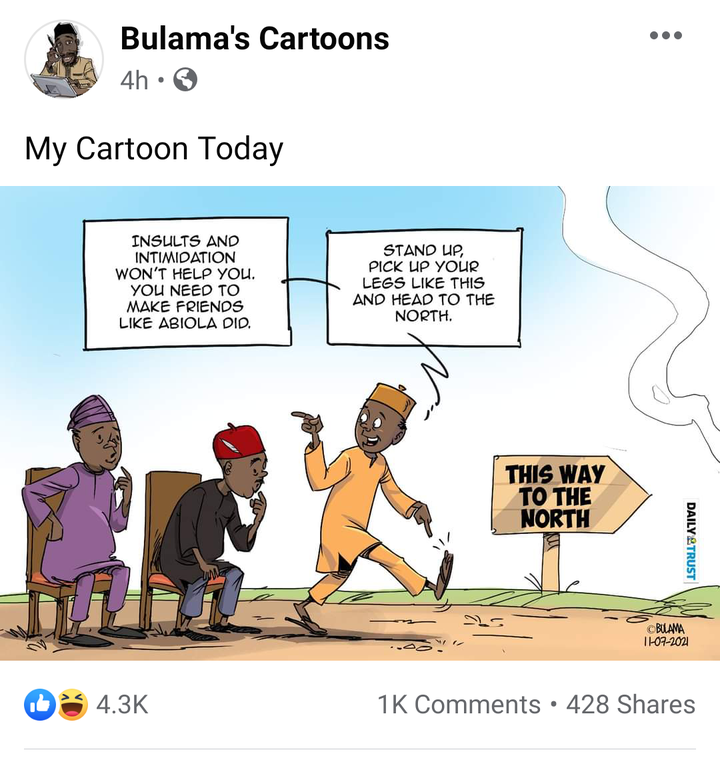 After a meeting in Lagos State on July 5, 2021, 17 Southern Governors agreed that the region must produce the next president in 2023.

In the cartoon released on Sunday, 11th of July, 2021, Bulama said insults and intimidation won't help southerners to get the presidency in 2023. He said they have to make friends in the North like Abiola did during his lifetime.

He urged them to stand up and head to the North for friends and associates that will vote for them in 2023.

Chief MKO Abiola contested for the presidency in 1993. He was widely voted across the country, including the North, despite the fact that his close contender was from the region. 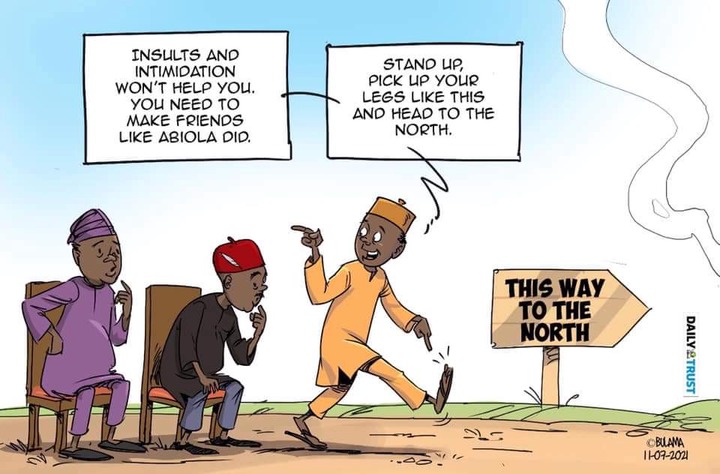 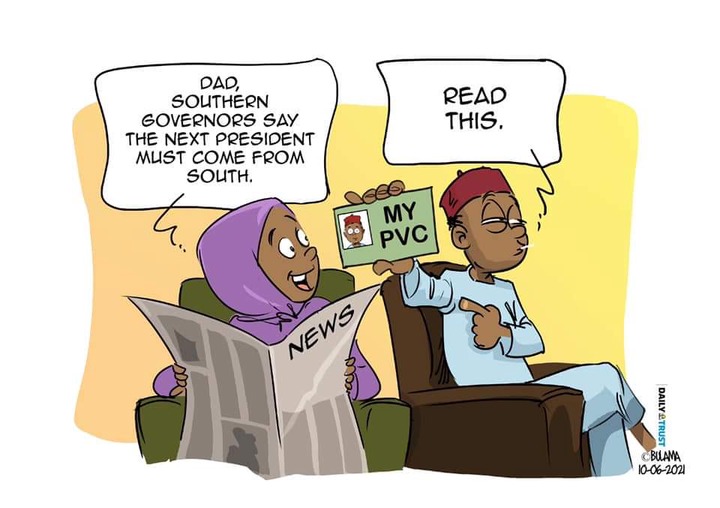