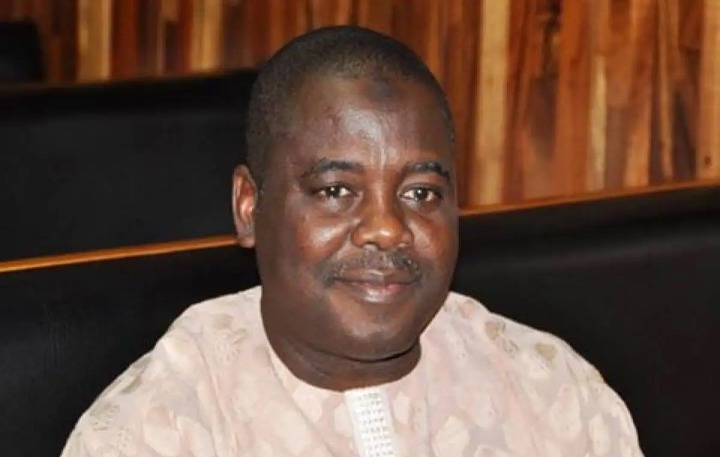 The court of appeal sitting in Abuja has sentenced Mohammed Alkali Mamu, a former chief of administration of the Nigerian Air Force, to two years imprisonment for receiving gratification worth $300,000.

In June 2016, the Economic and Financial Crimes Commission (EFCC) had preferred a four-count charge against Mamu for allegedly collecting a cash gift of $300,000 and N5.9 million for the purchase of a Range Rover Evoque.

EFCC also alleged that he received two vehicles, Ford Expedition SUV and Jaguar XF Saloon valued at N15 million and N12 million respectively from Societe D’ Equipment Internationaux Nigeria Limited while facilitating a covert assignment of the office of the national security adviser on the war against terrorism.

2. FG to critics: Dare us if you think the fight against corruption is dead 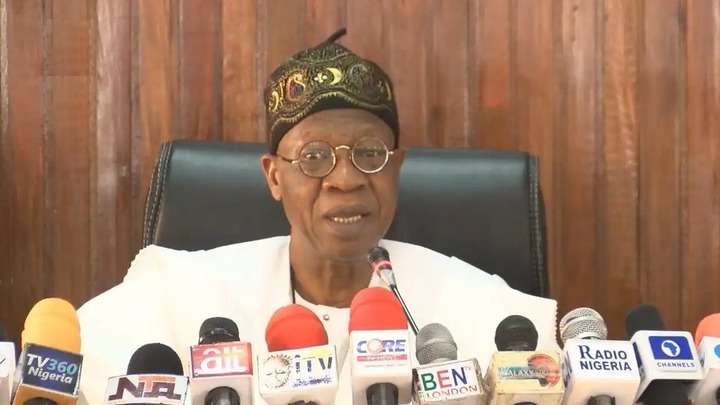 Lai Mohammed, minister of information, says the fight of President Muhammadu Buhari against corruption is still alive and well.

Addressing a press conference in Abuja on Tuesday, Mohammed said the probes of the Niger Delta Development Commission (NDDC) and Economic and Financial Crimes Commission (EFCC) show that the federal government is taking the fight against corruption seriously.

While panels of the national assembly have probed the NDDC for alleged mismanagement of funds, Ibrahim Magu, a former acting chairman of the EFCC is facing a presidential panel over allegations that his mismanaged recovered assets.

But at the press conference, the minister said those who do not believe in the anti-corruption fight are “free to dare us.”

“As you are all aware, Nigerians have recently been inundated with allegations of monumental corruption in a number of government agencies, including the NDDC, NSITF and the anti-corruption agency, EFCC,” he said.

“Many, especially naysayers, have misinterpreted these developments as a sign that the Administration’s fight against

corruption is waning. In fact, the main opposition PDP has latched on to the developments to call for the resignation of Mr. President, a call that is nothing but infantile!

“Let me state here and now that the fight against corruption, a cardinal programme of this administration, is alive and well.

President Muhammadu Buhari, the African Union’s Anti-Corruption Champion, who also has an impeccable reputation globally, remains the driver of the fight and no one, not the least the PDP under whose watch Nigeria was looted dry, can taint his image or reverse the gains

of the fight. Anyone who disagrees that the anti-corruption fight is alive and well is free to dare us.

“What the revelations of the past few weeks, especially the investigation of the nation’s anti-corruption Czar, have shown is that

this Administration is not ready to sweep any allegation of corruption under the carpet; that there is no sacred cow in this fight, and that

– unlike the PDP – we will not cover up for anyone, including the members of our party and government, who face corruption allegations.

“Our fight against corruption is blind to party affiliation, position in government and any other consideration. If the nation’s

anti-corruption Czar can be investigated, then the fight against corruption cannot be deemed to be fake, neither can it be said to be waning.”

The minister added that the federal government is putting in place enduring institutional reforms that “will deter acts of corruption.” 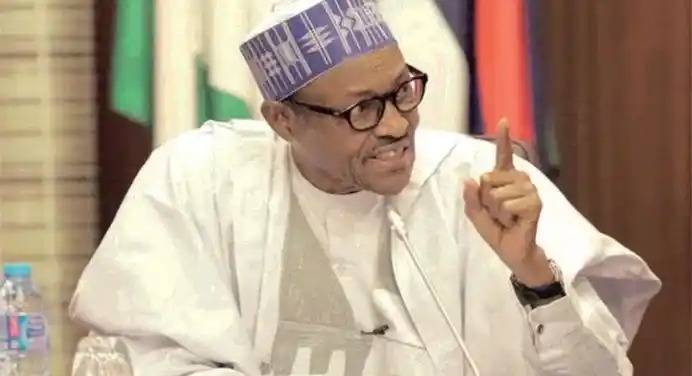 President Muhammadu Buhari says he will feel better as the number one citizen in the country when the lives of Nigerians improve.

In an interview with TheSignature50 magazine, Buhari said his administration is working to ensure that the lives of Nigerians improve beyond ratings and indices.

“We have been rated as Africa’s largest economy by different verifiable indices. How does that make one feel as President of Nigeria? Of course, one feels good. But that is not enough,” the president said.

“I will feel a lot better when we go beyond just rating and statistics, and the majority of Nigerians begin to feel the impact of that rating.

“When Nigerians prosper, when the quality of their lives improves dramatically when our status as the largest economy reflects in their pockets, then I will feel a lot better.”

Speaking on the successes achieved by his administration so far, Buhari said the economy is no longer in the forlorn state that it used to be. Explaining that the progress being made is not as fast as he would have wanted, he said the deliverables achieved so far gives hope that things are looking up.

According to the president, the Nigerian vision is to ensure that the economy has buffers to shield it from crude oil shocks.

“Our experience as a mono-product economy is that whenever any international upheaval affects the price of oil, Nigeria is drastically affected.

“The vision we have is to put our economy in a shape that the rain does not need to beat us when rainy days come in the international oil market. We should be able to hold our own with other sectors like agriculture, manufacturing, solid minerals, and many others. That is the national plan and vision.”

Buhari said the country is doing a lot with China because the Asian country has passed through the same trajectory and succeeded.

“Why then can’t we benefit from our relationship, which continues to improve by the day, with great possibilities available?” he said.

“From discipline, national cohesion, emphasis on science and technology, pro-poor policies, and many others, China has become one of the largest economies in the world, all within about four decades. Nigeria has a lot to learn from this, and at the end of the day, we shall be the better for it.”

He assured that his administration will try, as much as possible, to cushion the effect of the pandemic on Nigerians. 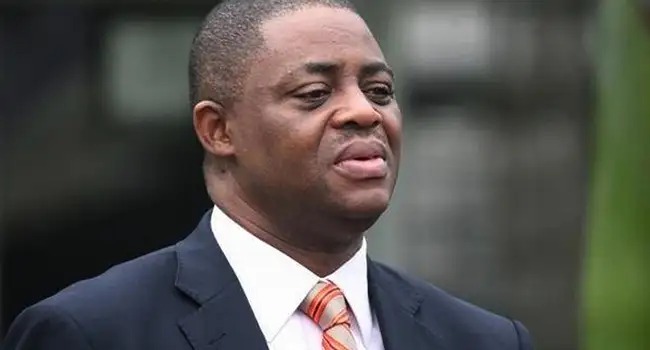 Former Aviation Minister, Femi Fani-Kayode has frowned at the exclusion of former President Olusegun Obasanjo from the list of those honored by having railway stations named after them.

He said the omission was “petty, malicious, spiteful and sacrilegious.”

The Minister of Transportation, Rotimi Amaechi, in a statement by the Ministry’s Director of press, Eric Ojiekwe, on Monday said that President Muhammadu Buhari had approved the naming of some railway stations along the Lagos-Ibadan and Itakpe/Ajaokuta/Aladja/Warri corridor after some deserving Nigerian citizens.

It said those the railway stations were named after were Nigerian citizens who had contributed to the progress and development of their respective communities and the nation at large.

The name of former President Obasanjo was conspicuously missing in the list of the beneficiaries.

Responding to that, Fani-Kayode, in a tweet on his Twitter handle, @realFFK, on Tuesday decried the omission of Obasanjo, Late President Umaru Yar’adua among others from the list of beneficiaries of the honour.

The latest attack occurred in Agwaja Village and Godora where the assailants invaded the place in large numbers on motorcycles on Monday night and shot at residents of the communities.

The bandits also rustled animals and stole food items from houses and shops during the attack, which lasted for hours.

Similarly, at Godara Village under Erena Ward, Shiroro Local Government, Niger State, the story is the same as criminals also visited the village in midnight and committed atrocities including carting away many herds of cattle,” a source said.

No fewer than five persons drowned last Thursday as a canoe carrying fleeing villagers capsized at Gurmana River in the same LGA.

Hundreds of people have been killed by bandits across most parts of Northern Nigeria in recent weeks, rendering families and individuals homeless and resorting to begging for food and water for survival. 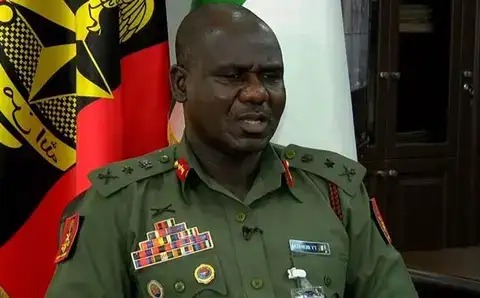 Two soldiers of Operation Hadarin Daji have died, while three other soldiers sustained serious injuries as a result of a ghastly motor accident along Gusau-Zaria Road in Zamfara State.

The accident occurred around 11am Tuesday morning in Damba village of Gusau Local Government Area of the state, four kilometers from Gusau town, the state capital.

An eye witness, Anas Damba, said that, the soldiers were driving in a convoy when one of their vehicles lost control and hit a commercial golf vehicle coming from the opposite direction.

According to Anas, one of the soldiers was thrown out of the vehicle and was crushed by the other vehicle in the convoy where he died on the spot.

“The other four soldiers who sustained serious injuries were rushed to the hospital by their colleagues,” Anas said.

One of the soldiers has also died at the Federal Medical Centre Gusau, while the remaining three were currently receiving medical treatment at the hospital.

Abuja EFCC Ford Expedition SUV Lai Mohammed Mohammed Alkali Mamu Range Rover Evoque
The views expressed in this article are the writer's, they do not reflect the views of Opera News. Please report any fake news or defamatory statements to operanews-external(at)opera.com 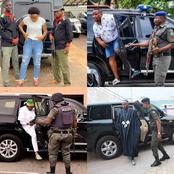 10 Bad Movies You Can't Watch With Your Parents As An African Child, See Pictures 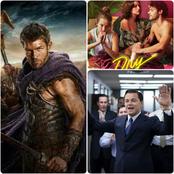 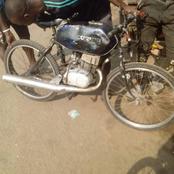 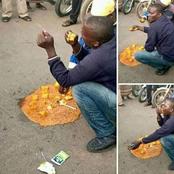 Opinion: Private School Teachers Should Be Thankful to the Government For These 2 Reasons 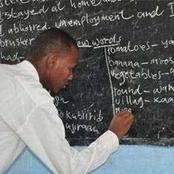 Opinion: The Death Penalty On Yahaya Should Be Reversed If Not It Might Tarnish Nigeria's Reputation 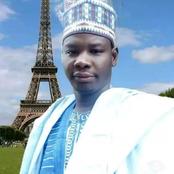 Opinion: N-Power: Graduates That Fall under These Categories May Not Be Accepted 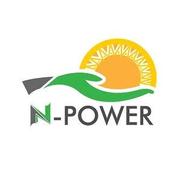 Protect the Quran against blasphemy, and kill corrupt politicians that swear with the holy book 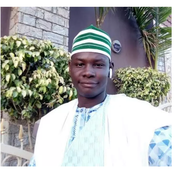 16 Slangs made Viral by Nigerian Celebrities 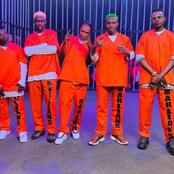 NBC: We warned Nigerians when we saw this, now we are facing the consequences - Ayodele Fayose 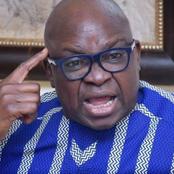