Senator Ibok Essien AKA Ritman, If Only Their Fada Was Like Him

By IKPNews (self media writer) | 29 days ago

It is only those that don’t understand the “what” that it takes to run a university, business, and schools such as Ritman is running, and the standard she wants to attain that would go about town with the Senator’s indebtedness to his staff, trying to “personality” shamed him.

Some time ago, I came across a personality shaming post on Facebook by a popular influencer, and controversial a figure, Da Zion Umoh, on Senator Emmanuel Ibok Essien, the proprietor of the Ritman University, Ritman group of schools, and other Ritman holdings, owing his staff, banks, bla, bla,bla, and more blas.

Mr. Umoh, the husband to Perpetual, an American returnee, and a non “blinker”, and would never “blink” is a fellow that needs no introduction in Akwa Ibom State, and he’s definitely not someone one would want to square up against. He is, in fact, someone everyone avoids joining issues with, even if one is in the right. A man that fears neither God, nor man, a self-acclaimed atheist, a man, fast becoming popular among the youths, as they have come to respect his fearless opinion, vocal, and constant opposition, calling out people without fear and favour. Zion is the train, seen and acknowledged as one who speaks for the people, most especially the youths. 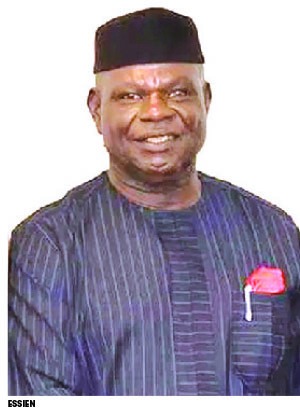 Senator Emmanuel Ibok Essien, on the other hand, is a peasant boy, who rose from the ashes of poverty, from among the people. The Senator, also referred to as Ritman, is the most practical Akwa Ibomite that I have ever seen. He lives with and among his people, he rose from his people, with his people, he utilizes his efforts and maximized, he every resource that ever came his way to create and proe in his community for his people and the government, he provides jobs for the people. Yes, he owes, who doesn’t? To me, I should work for you, create value, and you owe me, which means one day, God might bless you, and touch your heart to pay me, than not to be working, not being productive, and having no hope of being paid one day at all. If only all the politicians, like Ritman, were patriotic like Ritman! If only they had invested and established means of production in their respective communities as Ritman has done! If only, they’d built one business or the other from the money they stole, or criminally acquired from politics in their communities like Ritman! Then, only maybe then, would our youths be productively and usefully engaged, and maybe, crime would have reduced! If only! Ritman is the only Senator of the Federal republic and politician that lives and invests in his community and with his people. He does not go around with a police escort, he has no personal driver, and he is involved in the day-to-day running of his business. If Senator Ibok Essien is owing his staff, banks, and contractors, he is not owing them because he just loves to owe them, or because he just wants to see his staff and all those people suffer. Ritman only owes because the Nigerian business environment and the banking system are not favorable to the kind of long-term projected business that demands hard work, patience, and hope. 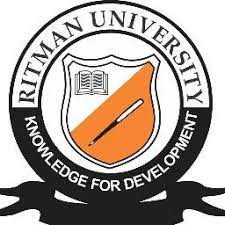 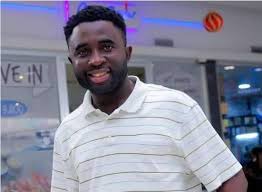 I once worked in a private University in Lagos, and I have come to realize that running a private University is not moi moi. The government designed and expected that private universities keep to a standard, even those with everybody’s money are not keeping in government’s funded schools. It's a very high expectation, and yet, the people have to source private money to keep to that expectation. Our banks, as we all know, only give money and loans to short-term businesses, of forwarding and clearing, oil lifting, and payment of government staff salaries, not for long-term production ventures. If they try and give you any money today, on another fourth night, they’ll come breathing down your throat. It is only those that don’t understand the “what” that it takes to run a university, business, and schools such as Ritman is running, and the standard she wants to attain that would go about town with the Senator’s indebtedness to his staff, trying to “personality” shamed him. But we that have been involved in sole proprietorship entrepreneurial ventures and know the wrecks lack of funds and investors can cause to one’s business, rather know better than allowing the personality shaming of someone who is adding and contributing to humanity and our communities more than what their fada, principals and idols have contributed.

You can call on us to help navigate the start-up of your newly approved private university. We will bring our experience and knowledge to help you market successfully and have your share of the enrolled student.