By TawhidBlog (self media writer) | 1 year ago

In this article I highlight why I believe the ongoing Apkabio allegations may result in APC losing 2023.

President Buhari came into power in 2015 under the platform of the APC majorly with three mandates; One to Fight Corruption and the other Terrorism, then strengthening of the economy. But with the numerous happenings in the Nigerian political arena especially the ones involving his administration, there are a lot of questions he has got to answer. 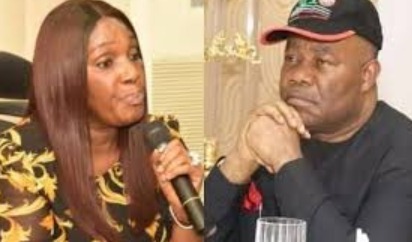 Recently the Minister of Niger Delta has been in the news. This was after a faceoff involving him and the immediate past acting director of the Niger Delta Development Commission (NDDC), Joy Nuhieh. Mrs Joy had accused Apkabio of corruption, sexual and workplace harassment, pipeline bombing and also trying to force her to take an oath of secrecy.

However the minister claimed her own parts of the story were libelous. He also accused her of being a cover up for “those afraid of the truth” and wishes to cover their tracks before it is discovered. And as a result of this he was going to seek redress in court. 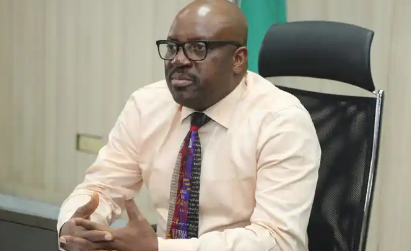 Before it got to this point of counter-accusations, the president had sacked Nunieh in the month of February and replaced her with Mr. Kemebradikumo Pondei. This move was alleged to have been pushed by Apkabio himself after the relationship between them went sour. And the rancor, according Nunieh were due to Apkabio wanting her to do some shady deals. 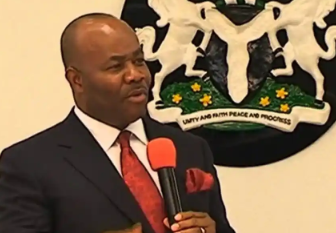 Do not forget that this is not the first time Apkabio is entangled in a corruption case. Infact he was under investigations by the EFCC on accusations of diverting 100 billion naira from Akwa Ibom State’s treasury back in 2015. No charges were eventually filed against him.

With only this man, the APC seem to be unaware of their goodwill being eroded. This man who was adversely prosecuted by the past acting chairman of the EFCC, Ibrahim Magu when he was at the Peoples’ Democratic Party, PDP immediately after cross-carpeting to the APC became a new bride. A party chieftain even announced to the world that “his sins are forgiven”. This is a shot in the foot of President Buhhari’s administration. It was ironic that Apkabio became a champion of corruption overnight. If this current dispensation had been honest with themselves, they should simply have allowed the investigations to continue without external influence. Perhaps the APC had thought his entrance into their party would automatically turn them into the bride of the Niger delta with time. But they were wrong.

After his term as senator, he was appointed a minister of the Niger delta. The next major thing that happened was the dissolution of the interim management board, with Joy Nunieh appointed as new acting Managing Director, then a fallout, then a new MD. But this corruption blame game wouldn’t stop as the said new NDDC chairman has even bagged an accusation too. However in his defense, he told the whole world that they had spent 1.5 billion naira on staffs’ palliative during the pandemic. This didn’t go down well with the public.

The palliative in question was disbursed in amounts ranging between N10 million and N600, 000 with the staff salaries according to the new MD. This was amidst cries of hunger, health issues and absence of very basic amenities of the Niger Deltans. It is undoubtedly a miss hoot. The staff got salaries without working, enjoying themselves at home while during the lockdown no sort of valuables were sent to the people whose lands were deprived off them and might go down due to health issues anytime. 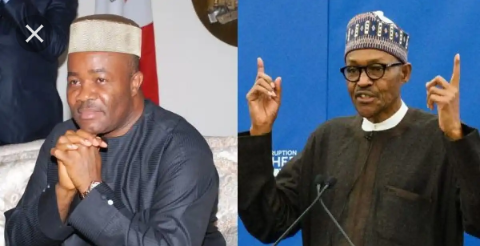 President Buhari should know that he came on the goodwill of the people. In fact many likened his coming to that of a messiah. But his silence and obvious inactivity especially in this term is obviously taking a toll at his government and also may cost APC 2023. The MD of the NCDC just by comparing budgetary fund's allocation equates him/her to a governor of a Nigerian state. This over the years hasn’t necessarily transcribed into development for the people of the Niger Delta. Uncompleted projects and shady contracts have already been synonymous to their brand. It is a however, a good thing the president has ordered for a forensic audit.

Nonetheless, from the emergence to the entanglement of Apkabio is not the only case where this government has been accused of bias in prosecution. A very popular one was that of the former Senate president Bukola Saraki, where though he was thoroughly prosecuted as an APC member, the government was accused of taking take action due the fallout involving him and the APC chieftains. Another notable case in that line where bias has been alleged is that of Senator Orji Uzor Kalu.

In conclusion, the anti-corruption mantra of this administration should be strengthened with urgency. The reoccurring event of them being alleged to be biased is unhealthy to the growth of the APC. Even as young as the APC is they’ve been riddled with costant fights and controversies. As the race to the 2023 is imminent in the coming couple of year, the members of the APC irrespective of personal ambitions should note that their loyalty would go a long way to build up a strengthen party.

2 Politicians Who Said Nigerians Will Vote In PDP in 2023 Election.