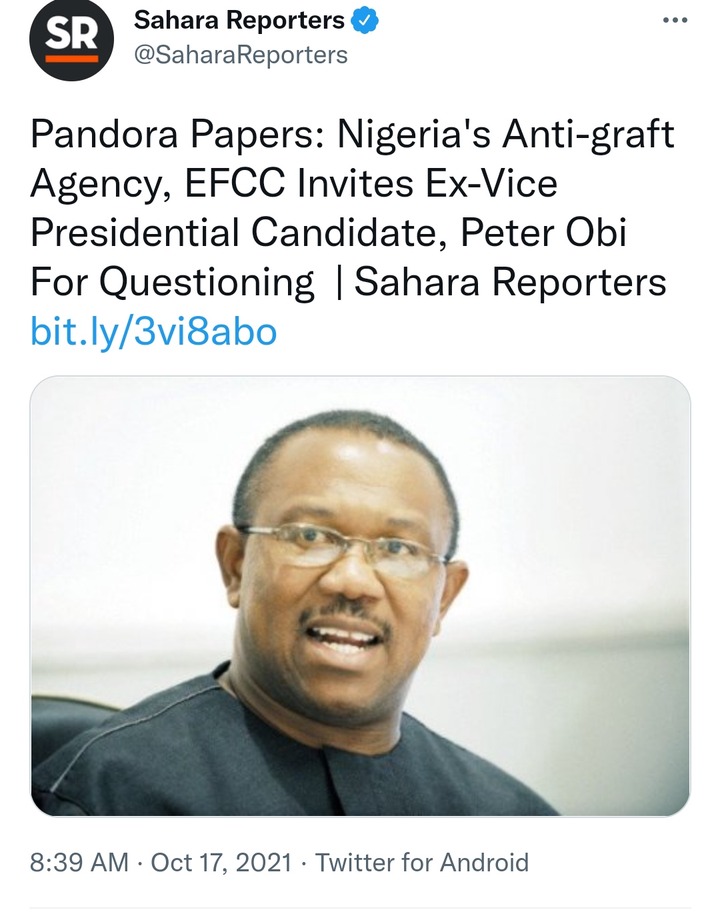 Naija News learned that Obi was summoned by the EFCC following his indictment in an offshore scandal exposed through the global Pandora Papers investigation.

It was learned that President Muhammadu Buhari has requested relevant law agencies, including the EFCC, Nigerian Financial Intelligence Unit, and the Code of Conduct Bureau to investigate all those exposed in the Pandora Papers series. 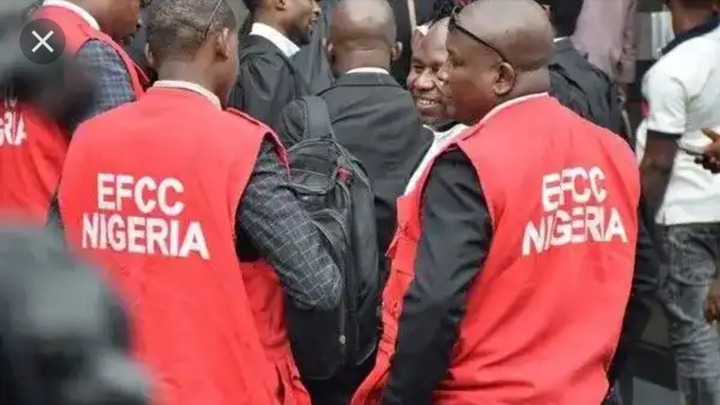 According to Premium Times, Obi was invited in a letter addressed to him during the week and he has been asked to report at the agency’s headquarters in Abuja on October 27 for an investigation.

A source at the anti-graft agency said the Pandora Papers revelations only served as a lead for investigators and that “a number of issues” are now being investigated regarding Obi and his offshore dealings. 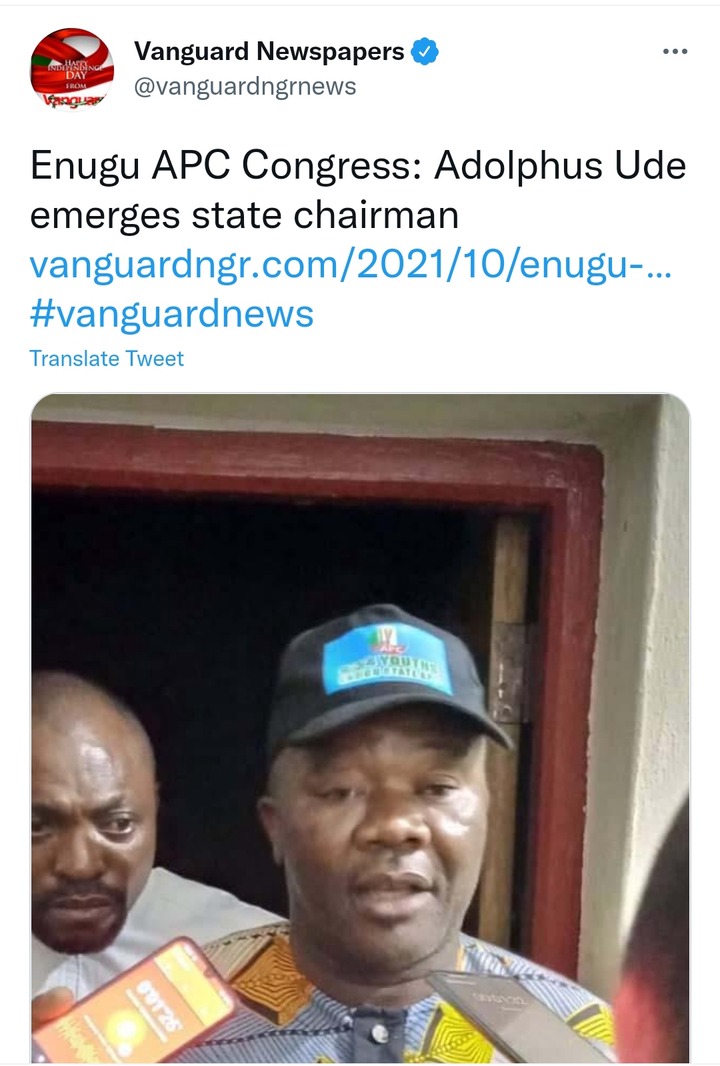 The All Progressives Congress, (APC) Enugu State chapter on Saturday elected Comr, Adolphus Ude as the State chairman of the party to pilot the affairs of the party for another four years. Party faithful from 260 political wards in 17 local government area of the state arrived the state Secretariat of the party for the congress around 8am and moved to their various designated points according to their local governments while they were accredited.

However, the congress started around 12pm with the arrival of Enugu State congress committee led by its Chairman, Mr Jonathan Akaya. 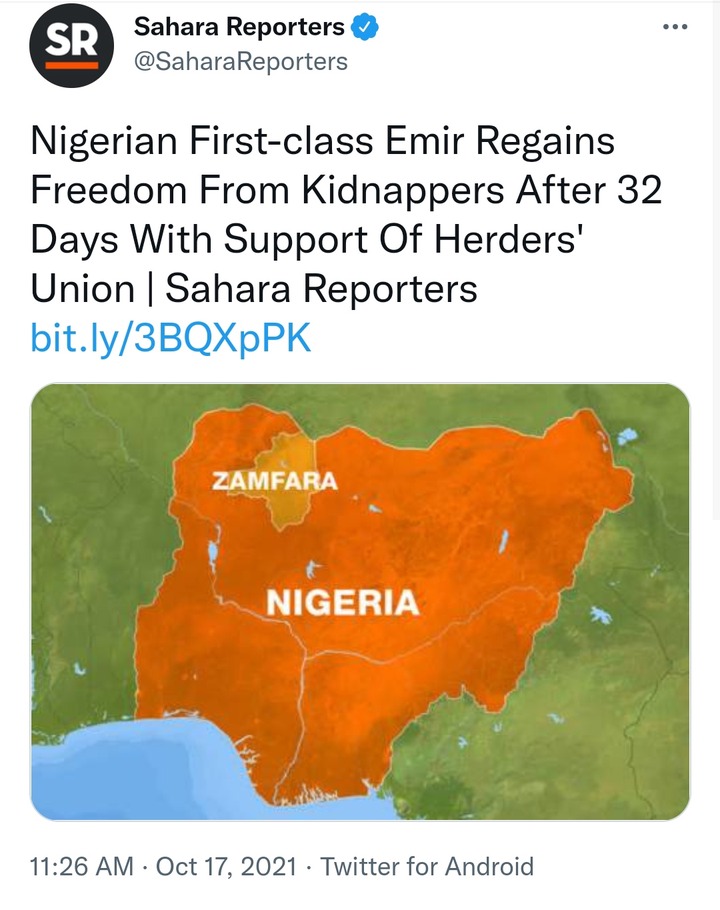 The Emir of Bungudu in Zamfara, Hassan Atto, has regained his freedom 32 days following his abduction by bandits.

The monarch was abducted on September 14 by gunmen along the Kaduna-Abuja Expressway, with one police officer killed and two other people injured.

The Bundugu Emirate on Sunday announced that the Emir had regained his freedom and was undergoing clinical and psychological treatment following his ordeal in the hands of kidnappers. 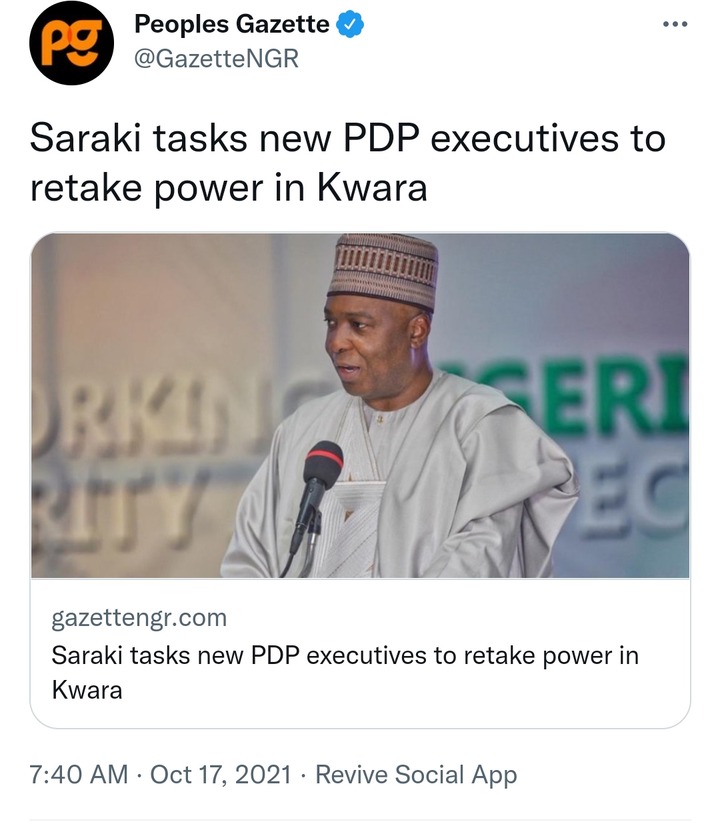 Speaking after the inauguration of the new executive council of the party in Ilorin on Saturday, he said “the struggle for Kwara begins now, let commitment be your watchword.

Saraki commended the peaceful conduct of the exercise, asserting that it was a strong signal that the party is waxing stronger with a common bond for success take over of government in 2023.