After Arewa Youths Disagreed With UK Over Granting Asylum To IPOB, Read What They Said About Kanu

By Chesterman (self meida writer) | 15 days

It is no longer news that the move to grant asylum to the persecuted IPOB members by UK has been seriously countered by Arewa Youths who felt that it is a very unwise move by the UK to take such decisions according to reports which was obtained some hours ago. Apparently, recent development report reaching Chesterman has also disclosed how the Arewa Youths through their official spokesperson, Yerima Shettima has now come out to urge the Igbo apex group, Ohanaeze Ndigbo to deal decisively with Nnamdi Kanu and his IPOB members who are seeking for secession before they would focus on Igbo presidency. 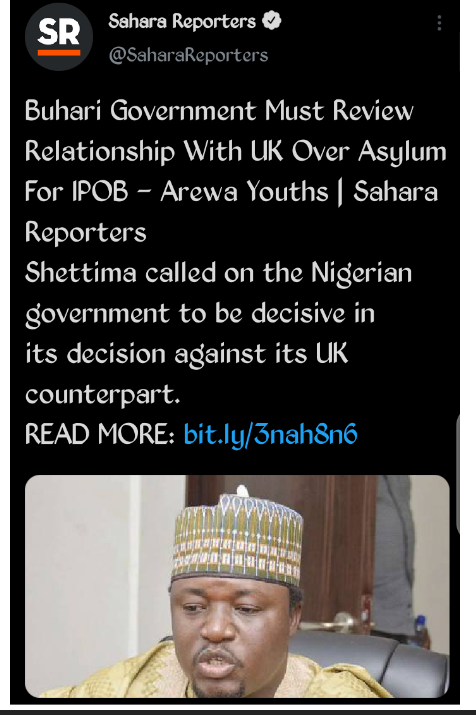 This report which came into light barely an hour ago according to Sahara Reporters news media stated what the spokesperson said over the recent speech made by Ohanaeze Ndigbo to produce the next president of Nigeria from the Eastern region. Yerima who seem to have been strictly against the ongoing agitation for Biafra by Nnamdi Kanu and his South East cohorts, said that it will be difficult to entrust leadership to them, as Nnamdi Kanu who is also from the Eastern region has been threatening the peace of this country and demanding for it's disintegration. Yerima in his final statement assured that South East won't be deprived of the opportunity to produce a leader so far Kanu's agitation is addressed and brought to an end. This is however coming hours after the same group disagreed with UK over granting asylum to IPOB members. 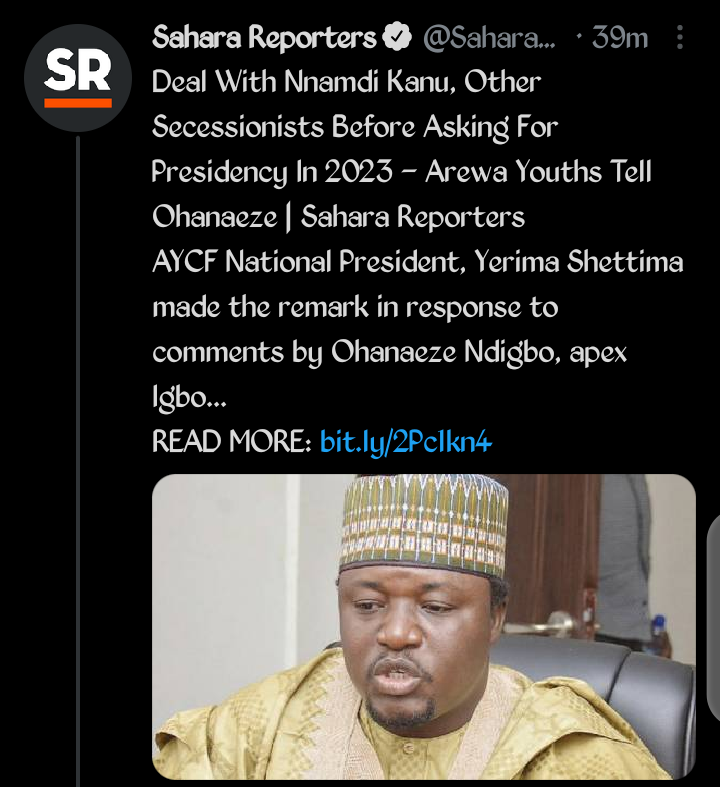