By Scholasticus (self media writer) | 2 years ago

IFEANYI UBAH AND THE MINDS OF FOOL'S PARADISE....

Oftentimes, I have wondered why Senator Patrick Ifeanyi Ubah is always under attack by political alleluia boys of various parties???

Is it that Anambra politicians are afraid of this young and vibrant man or they just hate him for reasons best known to them??? What are actually the sins of Ifeanyi the son of Ubah?

It was President Donald Trump who said that Africans should be denied of internet because they've not learnt how to use it.

When the American President made this assertion, many Africans including Nigerians attacked him vigorously on social media as if he said evil. But I'm most certain, that he made such claims not because Africans are dumb but because some Africans lack the rudiments on how to judiciously handled internet especially on pertinent issues like character deformation or assassination.

Akin to this, it won't be out of place to recommend that most of these political alleluia boys who are always on rampage looking for characters of illustrious sons of Anambra to malign should be gathered and sent to school instead of buying cheap data for them. Indeed, what they lack is proper education.

In a nutshell, these misguided fellows assert that out of all the Senators in Nigeria, it was Ifeanyi Ubah and only Ifeanyi Ubah that objected the use of Innoson Cars as official cars for Nigerian Senators. According to these mischief makers, Senator Patrick Ifeanyi Ubah went further to call Innoson Cars "death traps." 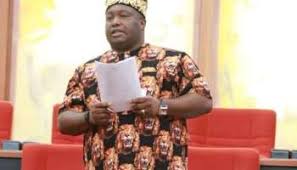 Though I am aware that Ifeanyi Ubah bought Innoson Car for his daughter, I was not quick say that, this is completely contrary to the personality of the Ifeanyi Ubah that we know, at least until I hear the full gist.

Pertinent to note that I am not standing in for Ifeanyi Ubah neither am I in his campaign team, however, it is evil to malign a man who has done so much good to young Nigerians from Anambra and expect all of us to keep quiet.

I therefore make bold to say that this claims of those who either hate Ifeanyi Ubah or afraid of him is fallacious, erroneous and purely sophistry that lacks self evident, truth and certainty.

First such meeting did not take place.

Second, anyone who knows Senator Ifeanyi Ubah would know that he has been a patriotic citizen of Anambra State and Nigeria at large who has been highly supportive to Ndi Anambra not just his Zone but the entire Anambra.

Ifeanyi Ubah as at today is the highest Individual-promoter and patronizer of Innoson Vehicles.

Which private individual in Igbo land and Nigeria as a whole has bought up to 20 vehicles with his private money from Innoson apart from Ifeanyi Ubah??

Senator Ifeanyi Ubah has shown his patriotic aptitude through his human capital development, illustrious actions towards industrialization thus; he is a well known entrepreneur who started with motor tyres in Nnewi.

In 2001, he founded Capital Oil and Gas. He established The Authority Newspaper, Ifeanyi Ubah F. C, Ifeanyi Ubah Foundation and he bought Gabros International F.C, just to ensure that everyone participates in his illustrious and industrious spirit.

How then would he reject INNOSON cars as official cars for the Senators when he even has many of INNOSON cars which he cruises happily??

Of course, even when you do good people must come up with some dubious accusations just to pull you down. Senator Ifeanyi Ubah has been very supportive of his Brother's (Innocent Chukwuma) investment (INNOSON Motors) and couldn't have called Innoson Cars "death traps" as insinuated by mischief makers.

Furthermore, Ifeanyi Ubah does not belong to any of the Senate Committees responsible for purchase of Vehicles for the Senate.

Therefore, it is crystal clear that the purveyors of this news should be helped for there are some atoms of schizophrenia in their mental health.

Anambra youths, let us learn how to play politics without allowing our young minds to be used to create problems where there is none. Remember that what goes around comes around.

INNOSON MOTORS is our own and we shall continue to promote it until it becomes a global trend and phenomenon. 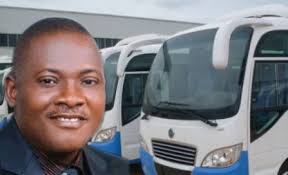 I remain Ikenga-Nimo; the Sacred Oracle of the gods.

Content created and supplied by: Scholasticus (via Opera News )