By eFactor (self media writer) | 23 days ago

In 2018, the former beauty queen and wife of the defunct Biafran leader, Mrs. Bianca Ojukwu, declared interest to run for Anambra South senatorial seat in 2019. Her ambition was reported to have distorted the political equation in the Southern part of the state for several reasons. 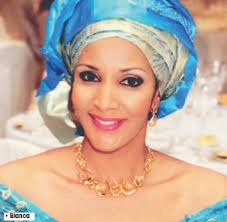 The former Ambassador to Spain who was aspiring on the platform of the ruling All Progressive Grand Alliance, APGA, had faced the likes of Mr. Ifeanyi Ubah, Prince Nicholas Ukachukwu and Dr. Anselm Enyimba at the party's primary election.

Most people had hoped that she would easily win the ticket, because her late husband and the defunct Biafra warlord, Chukwuemeka Odumegwu Ojukwu, was the leader of APGA until his death.

Apart from participating in all the activities of the party in previous elections, making powerful speeches in rallies, her late husband's influence in APGA and Anambra politics was strong enough to make her emerge as the flag bearer in the senatorial poll.

Some even argued that if it were in other climes, Bianca would have been given an automatic ticket for any political position she was interested in. That was why there was excitement in some quarters when she indicated interest.

However, the contrary was the case as the lofty ambition to become a Nigerian senator in the National Assembly was aborted abruptly as another billionaire contestant in the race, Prince Nicholas Ukachukwu from Nnewi South local government area defeated her in the primary election.

At the end of the exercise, Ukachukwu had polled 211 votes to defeat Bianca Ojukwu, who scored 177 votes. Before then, she had faced a series of oppositions to her senatorial ambition which many believed to be responsible for her dwindling fortune in the primary.

Why Ojukwu's family was against Bianca’s ambition. 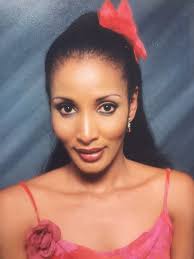 While reacting to the controversy over the family’s support for Bianca, Emeka, the son of the late Ojukwu said Bianca had never told the family of her senatorial ambition and nor did they expect her to make such an attempt. This is contained in a report published by The Nation.

Ojukwu added in an interview with journalists that there were more pressing issues people should try to ask first before electing her to such office like competence, character, values, and moral fortitude, and others.

According to him, the family's focus was to reclaim what belongs to Ojukwu Transport Limited. Recall that the company became a controversial issue which was later resulted in litigation.

Some close relations of the family also explained that the matter was part of the misunderstanding between the family and Bianca since the passing unto glory of the late Ikemba Nnewi.

And Emeka confirmed this while explaining the reason why they kicked against her Senatorial ambition.

Also, the siblings had insisted that Bianca was a young woman at the time Ojukwu died. Therefore, she could remarry at any time to another man in another state which might be the senatorial zone she represents a mockery.