By ChungleeWrites (self meida writer) | 4 days

"Nigeria On The Verge Of Becoming A Failed State"- Afenifere. 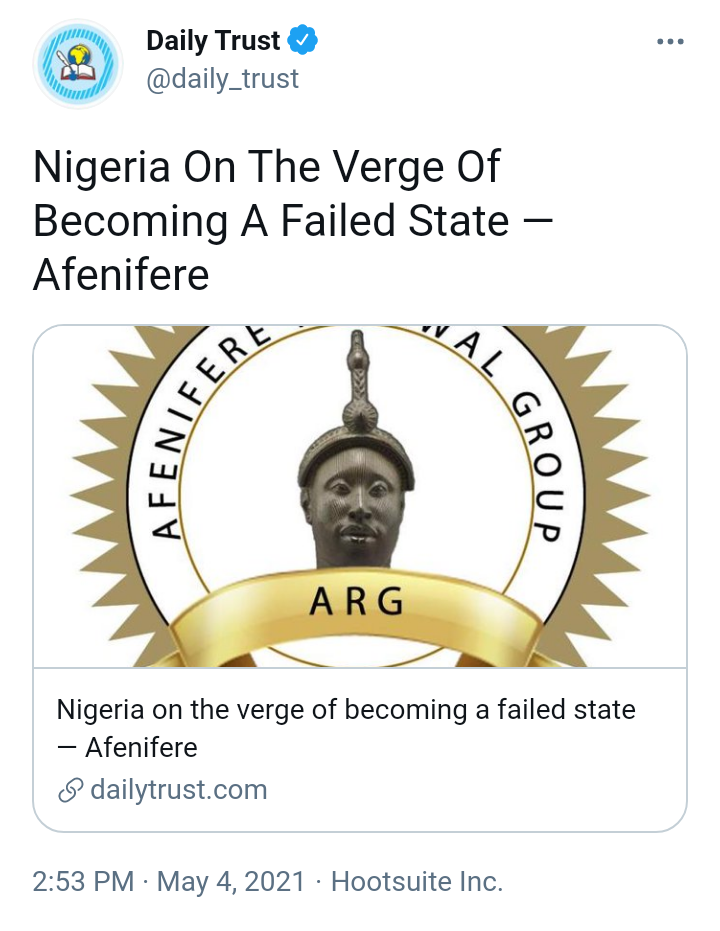 The Yoruba socio-political organisation, Afenifere, yesterday, restated its call for the restructuring of the country without further delay.

The group said Nigeria was on the verge of becoming a failed state, stressing that only restructuring and entrenchment of true federalism would save the country from the near precipice.

Afenifere reviewed the state of the nation at a meeting held on Saturday at the residence of its leader, Pa. Ayo Adebanjo, in Lagos.

In a statement yesterday by the new National Publicity Secretary of the organisation, Comrade Jare Ajayi, the group said it would pursue the restructuring agenda with doggedness and steadfastness.

The statement added that from its formation 70 years ago, Afenifere has always agitated for federalism.

The group added that state security agencies like Amotekun etc. must also be strengthened and be given powers to operate like State Police. 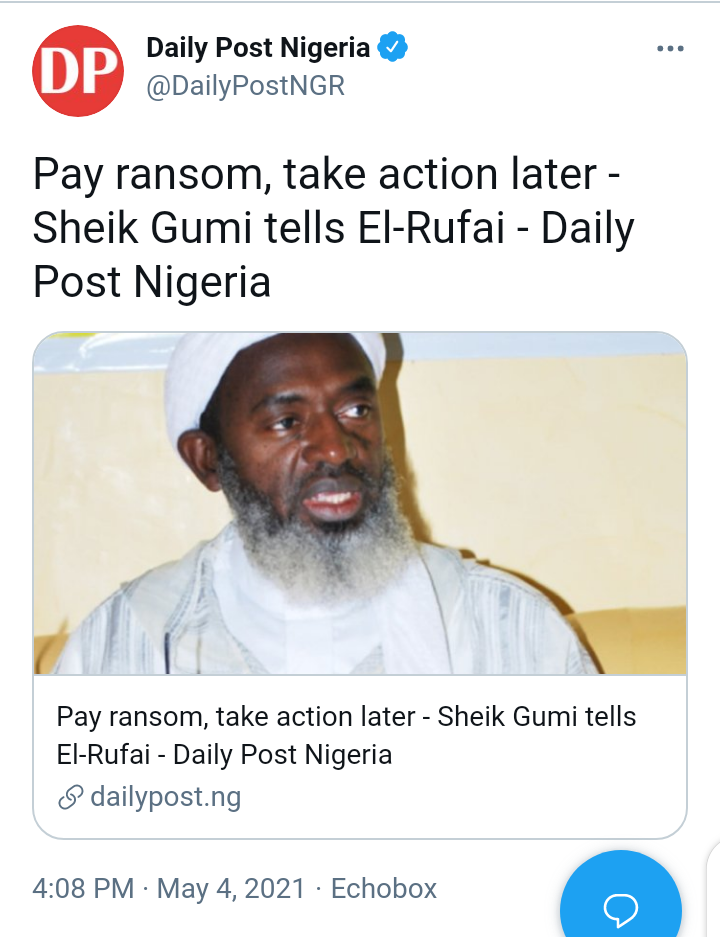 Controversial Islamic cleric, Sheikh Ahmad Gumi, has called on the Kaduna State government to pay ransom for the release of abducted greenfield students.

Gumi speaking on Kaduna Governor’s insistence not to negotiate said no money is too big to save the lives of students.

He urged Governor Nasir El-Rufai’s to pay the ransom then go after the abductors as well as retrieve the ransom after the students are saved. 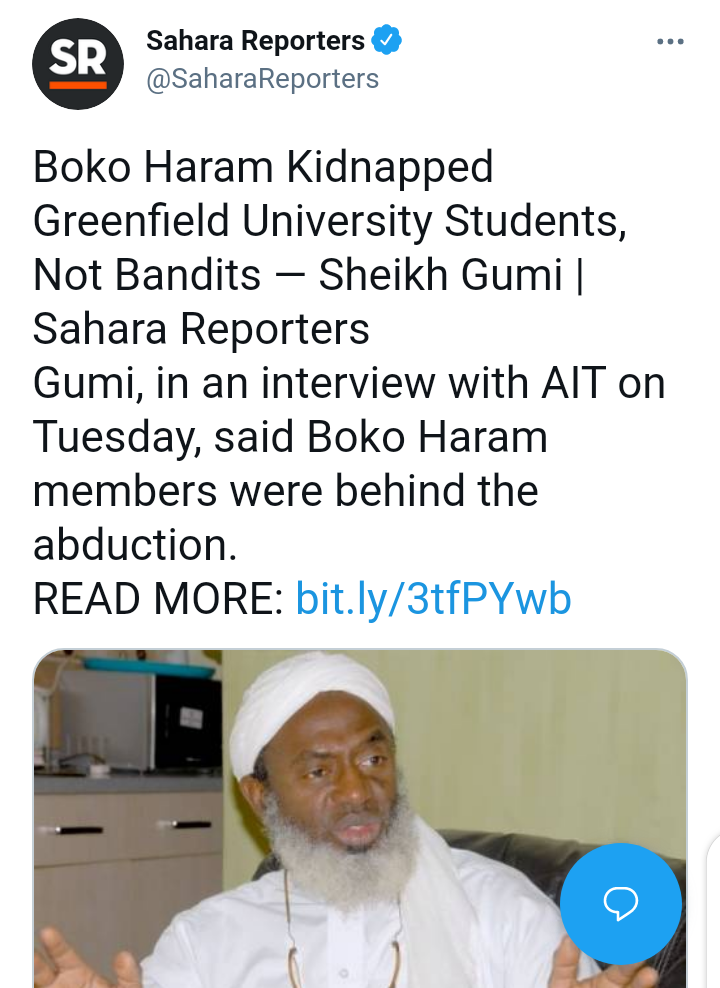 Controversial Islamic cleric, Sheikh Ahmad Gumi, has stated that Boko Haram terrorists are the ones behind the abduction of students of Greenfield University, Kaduna.

Twenty-two students and a member of staff of the institution were abducted from the school campus along the Kaduna-Abuja highway on April 20 and within a week, five of them were killed.

In a recent interview with the Hausa Service of Voice of America (VOA), a leader of the bandit group who identified himself as Sani Idris Jalingo, threatened that if the Kaduna State Government or their families failed to pay a ransom of N100 million as well as provide them with 10 brand Honda motorcycles by Tuesday, the remaining students would be killed.

Gumi, in an interview with AIT on Tuesday, said Boko Haram members were behind the abduction. 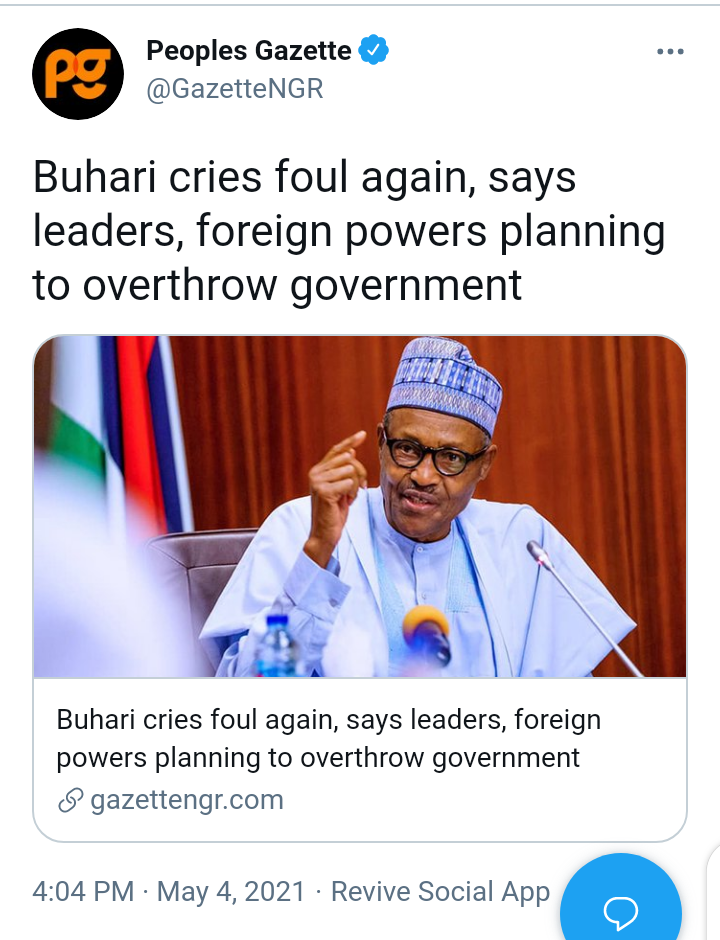 In what now appears to be a periodic slew of panic alerts, the presidency has accused some unnamed religious leaders and past political leaders of planning to hold an illegal conference to cast a vote of no confidence against President Muhammadu Buhari, with a view to overthrowing his government.

This was disclosed in a statement signed by the Special Adviser to the President on Media and Publicity, Femi Adesina, on Tuesday.

In similar fashion, Mr Buhari, via Mr Adesina, had in January raised an alarm to say some journalists have connived with some unnamed foreign sources to commence a smear campaign against him and his government.

That alarm was preceded by an earlier complaint last December where the presidency also claimed political enemies of the president have secured the services of an “offshore medium” to launch campaigns of calumny against President Buhari.

The latest alarm said some disgruntled religious and past political leaders are planning to wreak havoc on the nation’s sovereignty and the corporate existence of the country. 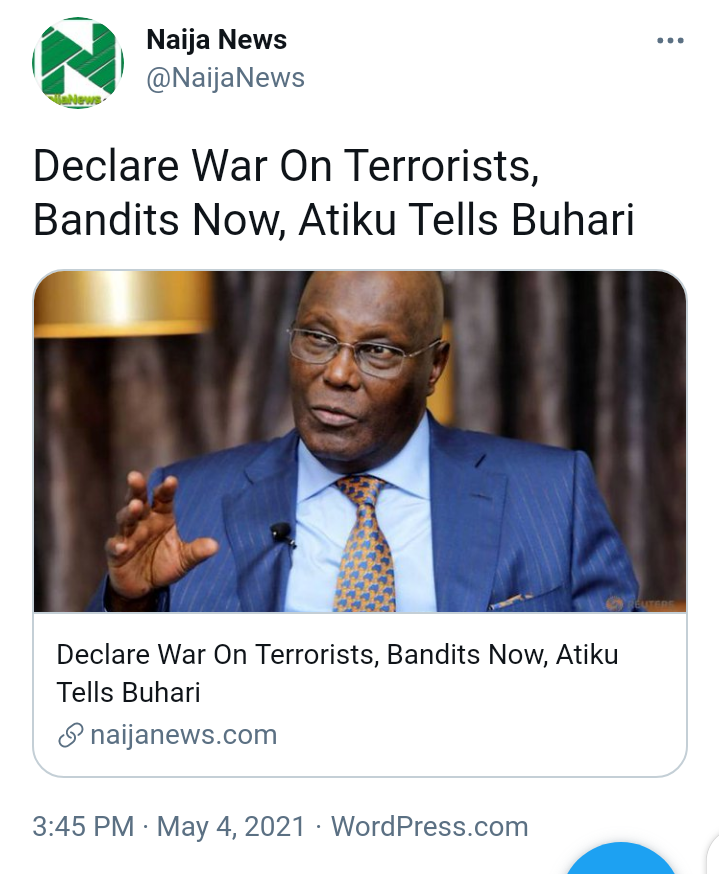 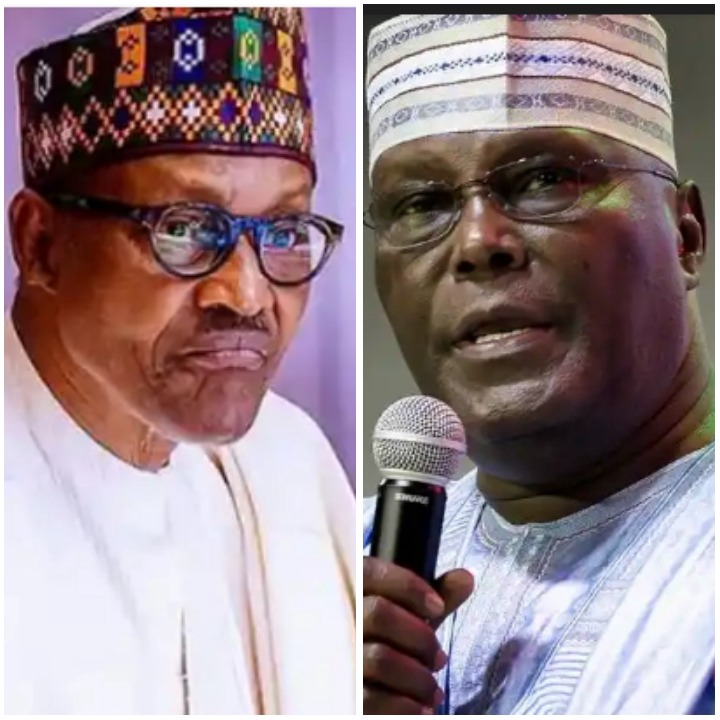 In a statement, he personally signed on Tuesday, Atiku said the security situation in Nigeria is deteriorating rapidly and ordinary Nigerians are living in fear for their lives and the lives of their loved ones.

He noted that terrorists are spreading their areas of operation beyond the Northeast, into areas as far as Niger State in the North-Central.

The PDP chieftain also urged the federal government to recall and mobilise all ex-soldiers who are willing to join the fight against insurgency.

8 Things Strong Women Will Never Tolerate In A Relationship

Ronaldo in Barca's Jersey, Messi in Real Madrid's Shirt - the look of some Players in rival Shirt

They blocked my car, called me a Yahoo boy -Man shares his encounter with suspected policemen