Here are the top breaking news in Nigeria this afternoon, Sunday, July 26th, 2020. 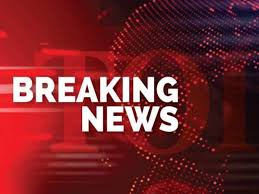 The governors of the 19 Northern state in the country are set to begin fresh evacuation of Alamajirai to their respective states of origin.

The Coordinator of the Northern Governors Forum Secretariat and the Secretary to the Plateau State Government, Danladi Atu, disclosed this in an interview with our correspondent in Jos on Sunday.

Atu said, “We are not done with the evacuation of the Almajirai in the region. The Northern governors would soon meet and pick a date to resume their evacuation to their respective states of origin. But that will likely be after the Sallah break.”

According to the NGF Coordinator, no fewer than 11,000 Almajirai had been evacuated to their various states of origin during the first phase of the exercise which began in May.

He explained that the movement of the Almajirai was temporarily halted in compliance with the directive of the Presidential Taskforce on COVID-19 which had placed restrictions on inter-state movements.

He said now that the ban had been lifted, the Northern states would resume the evacuation exercise. 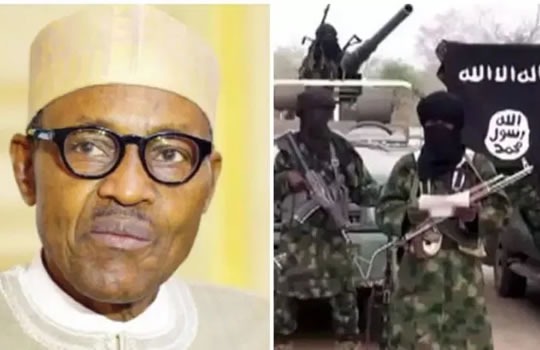 Amnesty coupled with the reintegration granted repentant Boko Haram members by the Federal Government has been described as heinous, wicked and barbaric.

An Urhobo leader of thought and chieftain of the People’s Democratic Party (PDP), Chief Sunny Onuesoke, made the comment while reacting to the ongoing reintegration of repentant Boko Haram members back to the society.

“Even in the barbarian days, there is what we call ‘rules of engagement,’ not to talk of the 20th century where justice is the order of the day.

“It’s a shame that Nigeria has degenerated to this low level of injustice against our motherland. There’s is a global word today: “WE DON’T NEGOTIATE WITH TERRORISTS,” not to talk of granting a killer, murderers amnesty.

“The question is amnesty for what? For burning down churches and mosques and killing innocent Nigerians? What is the response of the Federal Government towards the families of the people that were killed?” he queried.

On an attempt by some northern leaders to draw a similarity between activities of Boko Haram and former Niger Delta militants, Onuesoke flayed such thoughts.

“The Niger Delta so-called militants were not militants, but people advocating for their God-given wealth and rights.

“The Niger Delta people were only requesting what is theirs, but the Federal Government came with attacks on them and tried to confiscate the people’s natural resources they are endowed by God.

“The Niger Delta people are genuine agitators and not killers and murderers like Boko Haram. There’s no comparison between the two issues at stake: one is a criminal and the other agitators,” the former governorship aspirant asserted. Ganduje warned that anybody who shunned government directives would be charged accordingly.

The Governor, who was speaking while launching the distribution of facemasks to members of different Unions at the government House Sunday, said he will not allow anybody retard success achieved in the fight against the COVID-19.

The governor directed Security operatives to ensure the full compliance with the coronavirus protocols by commercial vehicle owners, adding that they should enforce the wearing without fear or favour.

Ganduje said “we are still facing challenges of people who refuse to follow the protocols. Chief of Staff to the Benue State Governor, Terwase Orbunde has recovered from COVID-19.

Recall that Orbunde was among 33 family and aides of Governor Samuel Ortom who tested positive for the virus first week of July. He immediately made his status known and subsequently went into self isolation to commence treatment.

Gladly, within three weeks, the Chief of Staff bounced back in health and has since resumed at his duty post.

In a statement entitled “I’m God’s Testimonial” which was made available to newsmen, Orbunde gave a vivid explanation of how God healed him from the virus saying he is alive and well, as a testimonial to God’s faithfulness, protection and preservation so that he can accomplish His purpose for his life.

“It will be recalled that I informed the public that I tested positive to COVID-19 on July 4th, 2020. That same day, Governor Samuel Ortom also confirmed in a press briefing that I was among some of his close staff and associates, who tested positive to the virus.

“Consequently, I went into self isolation in compliance with COVID-19 protocols.

“After observing the stipulated protocols and having received the required treatment, I wish to state that officials of the NCDC after conducting other subsequent tests have declared that I am negative and also released me from isolation. I have therefore resumed official duties.

He expressed appreciation to God Almighty for his mercies, Governor Ortom and the COVID-19 Committee chaired by the Deputy Governor, Engr. Benson Abounu as well as all the frontline staff who have stood by him and handled his case.

“I appreciate my wife, Abigail, my immediate family, the brethren, associates, staff, well-wishers and all those who stood with me in prayer and other forms of support.”

The Chief of Staff also prayed God to heal the first Lady, Dr. Eunice Ortom, the Head of Service (HoS), Mrs. Veronica Onyeke and all those who were affected by the virus.

He also promised to collaborate with relevant stakeholders in the fight against the pandemic and to take all measures required to be safe while encouraging people to make themselves available for test and comply with the relevant protocols. The Director General of Voice of Nigeria, Mr. Osita Okechukwu said on Sunday described the defection of the former speaker of House of Representatives, Rt. Hon. Yakubu Dogara’s defecion to All Progressives Congress (APC) as a good omen for the party ahead of 2023 general elections.

Speaking with journalists at his hometown, Eke in Udi local government area of Enugu State, Okechukwu, a chieftain of APC, expressed excitement over the return of Dogara after a short stint with the opposition Peoples Democratic Party (PDP).

According to him, Dogara must have been attracted back to APC by President Muhammadu Buhari’s agrarian revolution and the transformation going on in the party under the Caretaker Committee headed by Yobe State Governor, His Excellency, M.M. Buni.

He noted that Dogara “is from agrarian community and cannot fail to ignite the unprecedented Buhari’s Agrarian Revolution.”

Okechukwu predicted more defections to APC as the 2023 elections approaches.