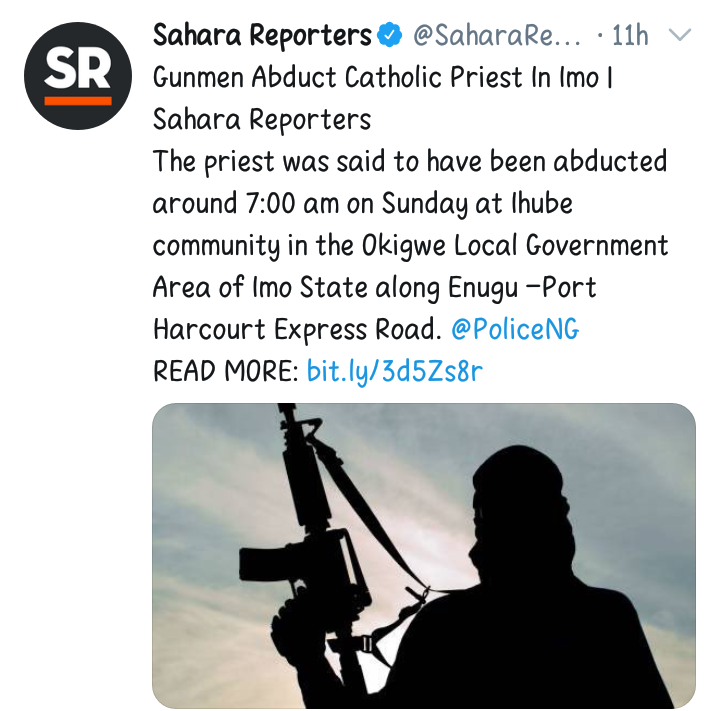 A Catholic priest, Izu Marcell Onyeocha, has been abducted by gunmen in Imo State.

The priest was said to have been abducted around 7:00 am on Sunday at Ihube community in the Okigwe Local Government Area of Imo State along Enugu -Port Harcourt Express Road. 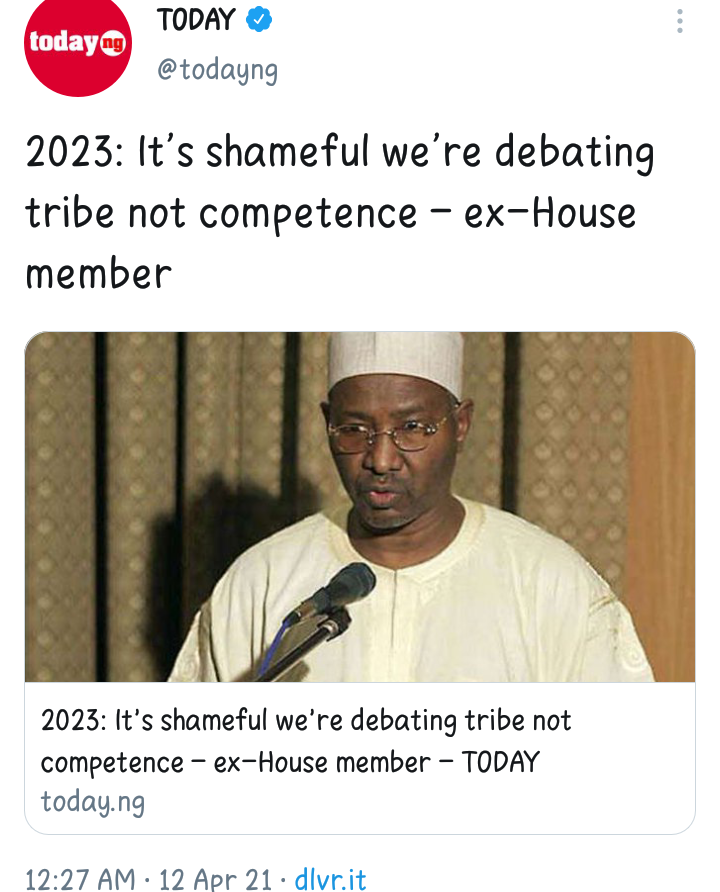 Former Honourable Member, House of Representatives, Dr Usman Bugaje, has expressed concern over the debate on the zone from which the next president of Nigeria should emerge.

He explained that competence and not tribe or zone should be used to determine who leads the country.

He spoke during the 26th Annual Pre-Ramadan Lecture organised by the University of Lagos Muslim Alumni on ‘Though Tribe and Tongue May Differ: Interrogating Nigeria’s Nationhood’.

While speaking on Sunday, the ex-lawmaker warned Nigerians against political opinions, noting that there was a need for policies that can benefit the next generation. 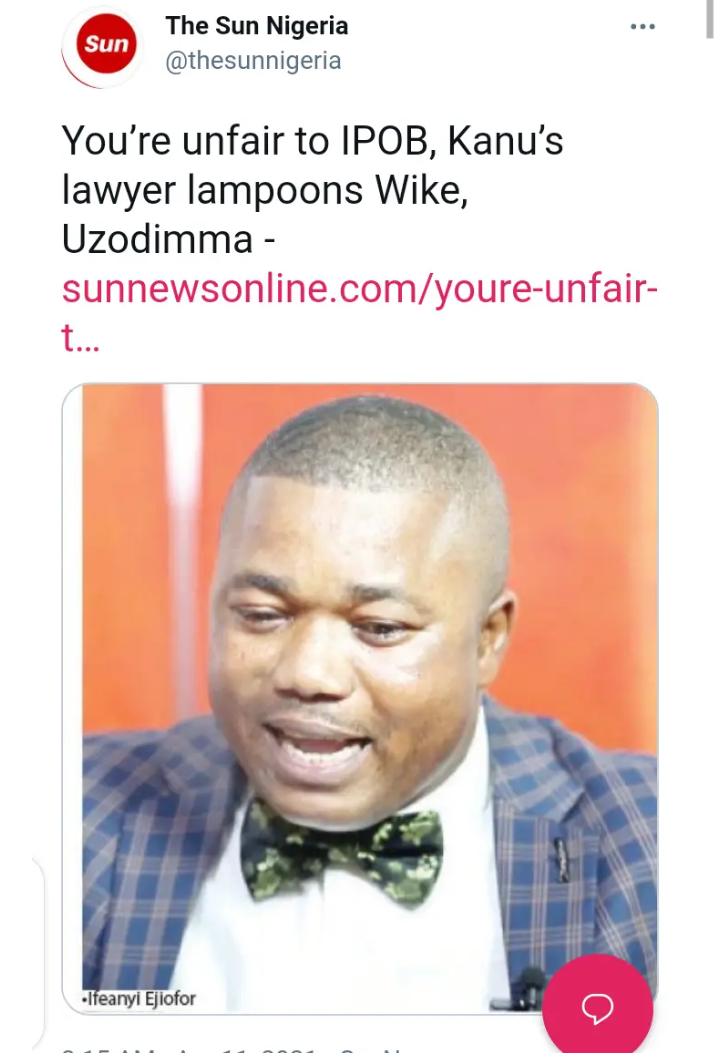 Indigenous People of Biafra’s (IPOB) lawyer, Ifeanyi Ejiofor is in court challenging the legality behind the Federal Government’s proscription of the pro-Biafra group since September 2017.

In this interview, the IPOB’s lawyer alleged that some governors have joined the fray to be vicious on arrested IPOB members in their domain.

Ejiofor alleged that state governors, particularly Nyesom Wike of Rivers State and Hope Uzodinma of Imo State, have seemingly sworn to be ruthless on arrested IPOB members in their states. 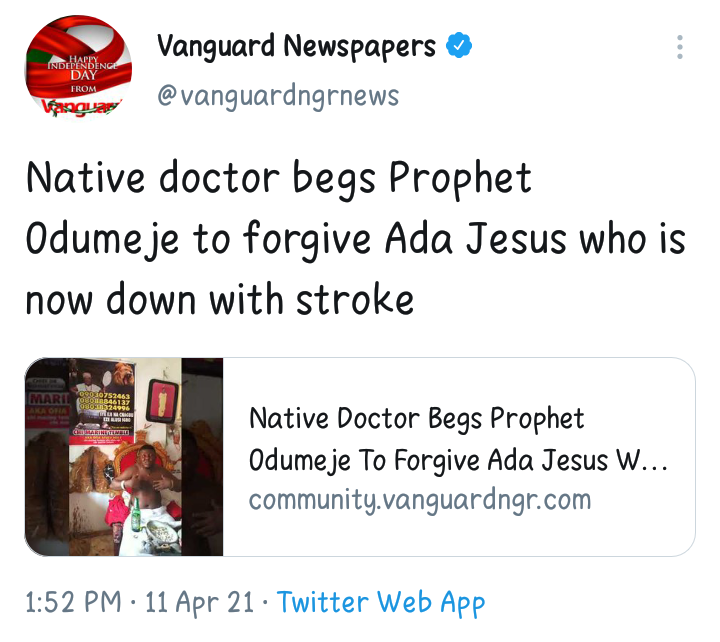 For the past two months now, a popular Comedian and Actress known as Ada Jesus has been on the sick bed, fighting for her life everyday as her health deteriorates. The comedian had been taken to hospital where she received treatment for a while but her illness wasn’t cured. The comedian who used to be very agile before has now become vulnerable and it has gotten so many people worried as she cannot even stand up on her feet again.

Her condition has made her friends and parents think outside the physical realm connecting dots of what the comedian said to a Prophet few months back and also a native doctor. Few months before her illness, Ada Jesus had called out a popular man of God, Prophet Odumeje and one Rita Edoxie. She claims that the Prophet was using ‘Christianity’ for business. She also alleged that Rita Edoxie paid her money to help her and the Prophet fetch people to their church for fake deliverance to convince people. Today, a native doctor sends message to Buhari begging him to forgive Ada Jesus. 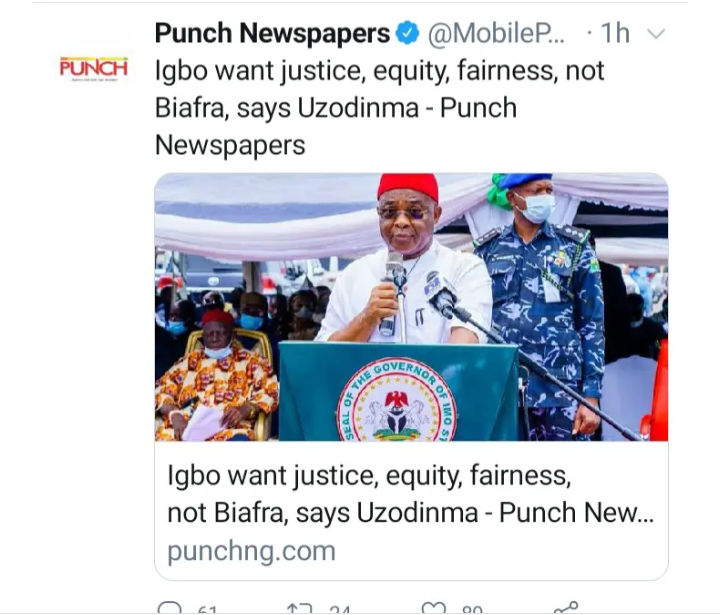 The meeting was attended by his counterparts from the other states in the South-East as well as security chiefs and other stakeholders in the region.

The Governor seized the opportunity to debunk the theories concerning the recent attacks on the Owerri Custodial Centre and the state Police Command by gunmen.

He said, “Following Monday’s attacks in Owerri and the preceding ones in various parts of the South-East, many people have come up with varying degrees of theories concerning the motive of the attackers and its consequences on our people. The most ridiculous of these theories is the one that posits that Igbo no longer want to be part of Nigeria hence their belligerence and predilection for war and violence. 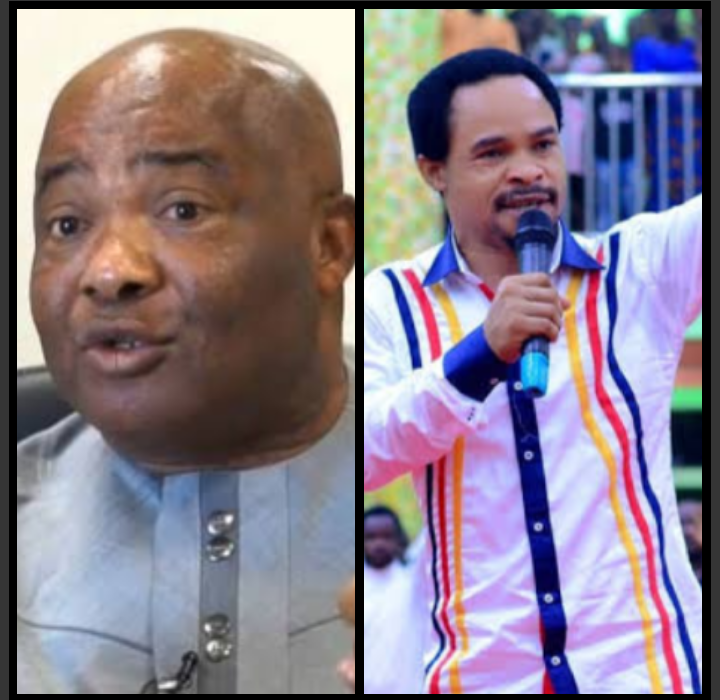 Content created and supplied by: Emmanipen01 (via Opera News )

Mr Macaroni, others react as Mercy Johnson jokingly calls out comedian for mimicking her video

In Honor Of Their Late Brother- Adeboye's Sons Shave Their Heads And Beards.

2023: Popular cleric asks Nigerians to reject politicians who lure them with rice and stockfish