By GbengaShaba (self media writer) | 6 months ago 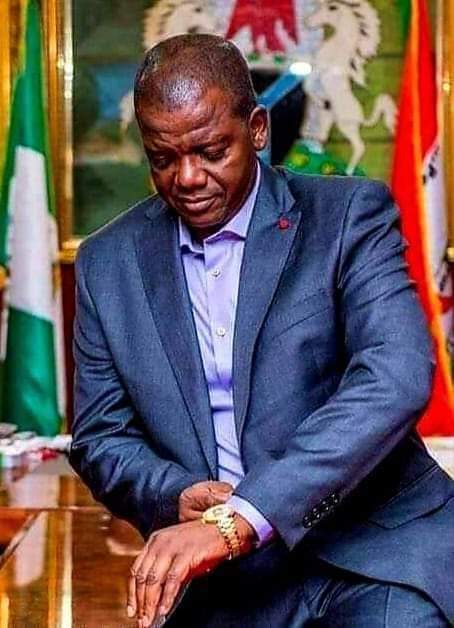 The Zamfara State Government has a mischievous media report credited to TOS Tv Network by Sahelian Times where His Excellency, the state governor, Hon. Dr. Bello Mohammed MON Matawallen Maradun was allegedly quoted to have said he 'joined the APC so as to stop the killing of innocent citizens in the state is mischievous and defamatory.

Yusuf Idris Gusua, Director General, Media Public Enlightenment and Communications, Government House, Gusau, said; "the government particularly takes exception of such callous and high level of mischiefs and wishes to categorically deny that such pronouncement were ever made by the governor."

These mischievous individuals and groups found a softer ground in the unprofessional journalists and sponsored them to carry such a fabricated report in order to embarrass the governor even as it is too late for them since the governor is now not only a full fledged member of the party but its leader in the state on whose table everything stops."

"However, for the sake of clarification, the TOS Tv reporters had actually sought audience with governor Matawalle who also as usual, granted them the request for the interview but at no point did the governor say such an unpleasant and insensitive statement."

It is a known fact that governor Matawalle is one of the leaders in the country that speaks wisdom on all matters and he joined the APC in order to strengthen political unity in the state for the purpose of bringing more development to his people, considering the upper hands he been enjoying from President Muhammadu Buhari and the APC high command on all matters concerning the state."

"We call on the media that mischievously quoted the governor to immediately retract their reports and make a public apology."

"Members of the public should therefore disregard the unprofessional reporter that was sponsored to tarnish the image of his Excellency, Governor Bello Mohammed and his party the APC." He said.