Convention: Are APC Governors Aiming To Do What Wike And PDP Governors Did As They Meet At Night?

Nigerians can remember that the Governors elected on the platform of the Peoples Democratic Party, PDP, dominated the party's convention which held last month.

Governors Nyesom Wike of Rivers State, Samuel Ortom of Benue State, Ahmadu Fintiri of Adamawa State and other PDP Governor decided the candidates they would back and their candidates later emerged winners at the national convention. While some of the candidates they backed emerge unopposed, others defeated their opponents with landslide due to the massive backing they got from the PDP Governors who were united. It would be recalled that before the convention, PDP Governors held series of night meeting to plan things out. 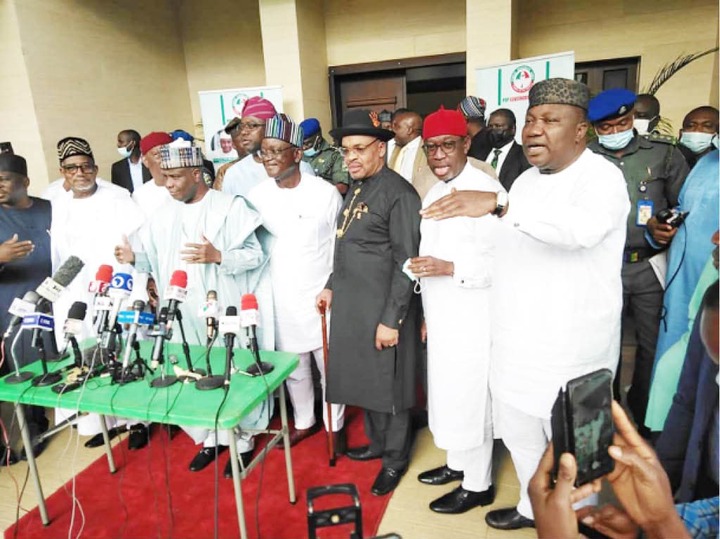 Similarly, a report by The Punch has revealed that Governors elected on the platform of the ruling All Progressives Congress, APC, are holding a night meeting in Abuja ahead of the party's convention. From the list, it shows that all the APC Governors are billed to be there and the majority of them have arrived. Among other things they were said to be meeting for, the coming national convention tops the list. The big question is, are the APC Governors aiming to do what Wike and PDP Governors did during the national convention? 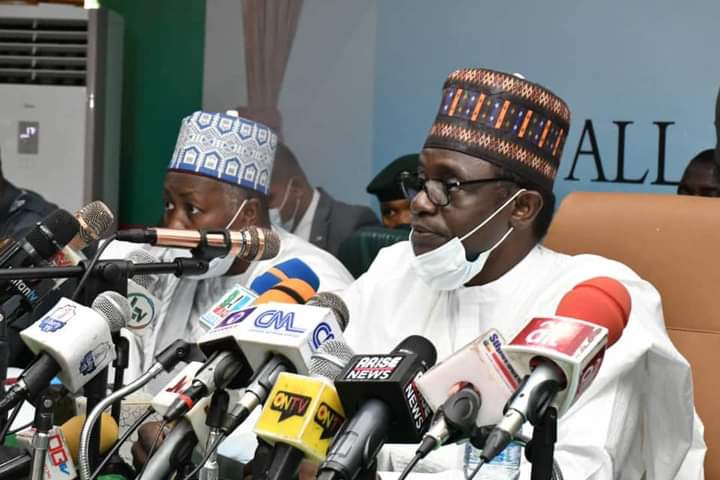 If they are planning to dominate the show like PDP Governors did, it may work but there may be some hurdles to cross such the role of President Muhammadu Buhari's interest on the convention, interests from influential Senators and the oppositions from key party members who may push to counter the APC Governors. There are a number of reasons why it may work anyway. One, like PDP, APC currently has no substantive leadership. What APC has in place is a Caretaker Committee headed by Governor Mai Mala Buni of Yobe State just like PDP is headed by Elder Yemi Akinwonmi in acting capacity since Uche Secondus stepped aside over litigation. With this arrangement in APC too, the Governors can plan and try to have their way with regards to deciding who to back. 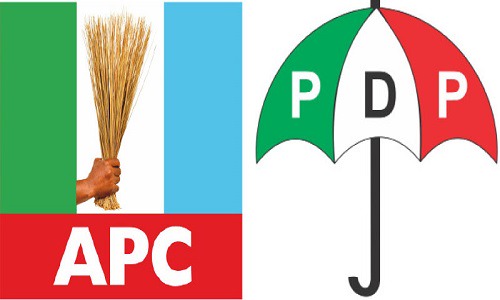 Two, APC Governors are united. This can also help them like it helped Wike and PDP Governors. It was even because APC Governors are united that made it possible for Buni to keep acting up till now. Buni's caretaker committee which has about three Governors as members is still facing oppositions from influential party members. But, it still remains in power because of the strong backing of the powerful APC Governors. They can still employ the power of unity to choose the people to back to win key posts at the national convention like PDP Governors did. The unity among them can make things happen. 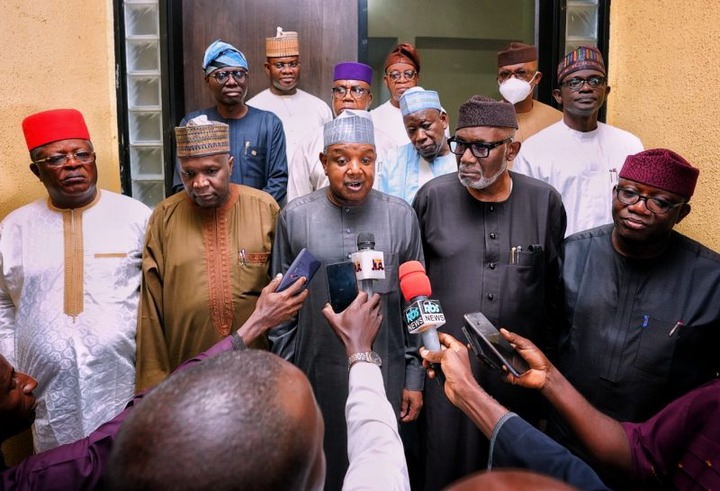 Finally, having Buni as the head of the party in acting capacity is an added advantage for the APC Governors. Buni is not a pushover. He is on top of his game. With him in that sensitive and powerful position, he can help his colleague APC Governors to make thing work in their favour especially as the politics of 2023 is in the works.