The Great Battles that Altered the Course of History

By Fätäl_Çräfts (self media writer) | 2 years ago

Wars and conflicts are menacing, devastating and dangerous. Battles win wars, redraw borders and topple thrones and are instrumental in moulding the future. They influence the wide spread of culture, civilization and religious beliefs. Battles also introduce weapons, tactics and leaders who dominate future conflicts. Some battles have also been influential not for their direct results but for the impact of their propaganda on public opinion.

Below are ranking of Battles according to their influence on history with detailed locations, participants, leaders of the battle and provides narratives on who won, who lost and why and the impact on the victors and losers.

The Ottoman's unsuccessful siege of Vienna in 1529 marked the beginning of the long decline of the empire and thus the end of Islam's advancement into Central and Western Europe, and ensured Christian dominate the region. In 1520, Suleiman II had become the tenth sultan of the ottoman Turks empire spanning from the person frontier to West Africa and included much of the Balkans. Suleiman has just inherited the best trained Army in the world. At the heart of his Army are the specially trained Janissaries which made the sultan to begin plans on expanding his empire even further

Suleiman also has to his name, one of the best Navies which he used to besiege Rhodes(his first conquest) granting safe passage to the defenders in exchange for their surrender. In 1522, the Sultan took control of Rhodes and much of the Mediterranean.

By 1528, Suleiman has conquered Hungary and placed his own puppet on their throne leaving Austria as the only blockade between the Turks and Western Europe. Taking advantage of the discord between Austria and it's allies, Suleiman made a secret alliance with King Francis I of France, making him withdraw political support from the Austrians; leaving King Charles of Austria and his Austrians to stand alone against the Ottoman-Turks.

On April 10, 1529, Suleiman and his Army of more than 120,000 and accompained by 200,000 support personnel and camp followers departed Constantinople for the Austrian capital of Vienna raiding and pillaging towns and countryside for slaves and supplies.

Vienna under the able military command of Count Niklas Von Salm-Reifferscheidt and Wilheim Von Rogendorf prepared for the impending battle. The entire Austrian Garrison numbered about 20,000 soilders supported by 72 cannons had reinforcement of 700 musket-armed infantry men from Spain.

Despite it's disadvantage, there were several natural factors supporting Vienna's defence; the Danube blocking any approach from the North, Werner waterway runniyalong the Eastern side thus leaving only the West and southern sides of Vienna to be defended. One other factors greatly aided Vienna. The summer of 1527 was one of the wettest which greatly aided in delaying the Ottoman's advance and made conditions difficult for the marching army.

Upon his arrival and Austrians refusal to surrender, Suleiman layed siege on the city and began artillary barrage against it's walls of which the Austrians greatly repelled. By October 12, the Austrians have inflicted great damage on the Turks and for the first time, Suleiman has failed. The Ottoman-Turks army had no choice but to burn their camps and withdrew back to Constantinople.

Following the battle at Vienna, the West no longer viewed the Ottoman-Turks and their Janissaries as invincible and thus stopped the Turks advance into Europe; instead the Ottoman-Turk empire's power and influence began it's slow but steady decline. 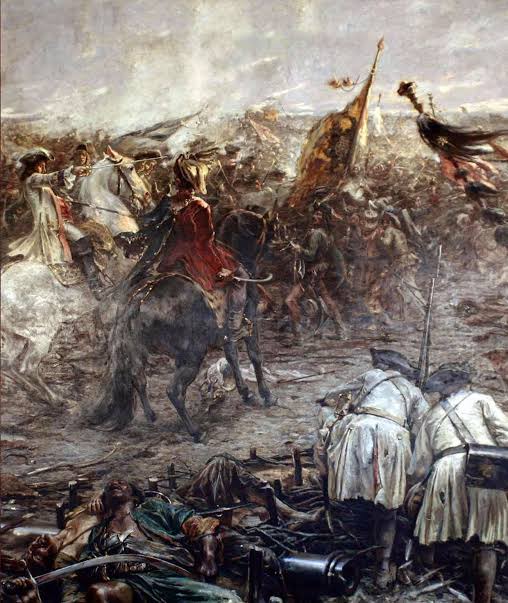 The defeat of Napoleon Bonaparte at Waterloo in 1815 brought an end to French domination of Europe and a period of peace that lasted for half a century. It ended the French legacy of greatness which they have not recovered from; etched it's name in history's best known battles and the phrase "Waterloo" has come to be known as "decision and complete defeat".

In 1789, during the eruption of the French revolution, 21 year old Napoleon abandoned his junior officer position in the king's military to join the rebellion. He was instrumental in supressing a Royalist uprising in 1795 for which his reward was the command of the French Army.

Between 1799 and 1890, Napoleon carried out a successful coup and becoming the country's defacto leader. He established the Napoleonic code, assured individual rights and instituted a rigid conscription system to build and even larger Army. He invaded Austria, expanding the French border line with his offensive nature and leading France to war with the British in 1803.

Following his self declaration as the Emperor of France in 1804, Napoleon acheived numerous victories in wars that spanned for 8 years thereby making new enemies in the process. Following his Naval loss at the battle of Trafalgar, Napoleon successfully invaded Russia claiming that military might is on land and not sea.

By the spring of 1813, Britain, Russia, Prussia and Sweden allied against France at the battle of Leipzig in which the French forces were defeated forcing Napoleon to withdraw to southern France. At the urging of his loyalist, Napoleon exiled himself on April 1, 1814 to the island of Elsa near Corsica Spain. Less than a year later, he escaped exile and sailed to France where for the next 100 days, struck terror across Europe and threatened once again to dominate Europe. The then king of France King Louis XVIII, dispatched the French Army to arrest the nuisance Napoleon but the French forces instead rallied to his side forcing the king to flee from the country and Napoleon reclaiming the throne.

Again the coalition agreed to assemble men together in Belgium to invade France following the news of Napoleon's return. On hearing the news, Napoleon assembled his men to war before the coalition could organize themselves.

By the early hours of June 18, Napoleon and his Army arrived mount Jean in Waterloo, a small village outside of Brussels to engage in war against the coalition forces. More than 26,000 French forces were filed and another 9000 captured at Waterloo. Allied casualties totalled 22,000 and thus marking the defeat and decline of the Napoleonic era.

France never recovered it's greatness after the battle at Waterloo. Through the passage of time, Waterloo has become synonymous with total defeat but while the war brought an end to one age, it urshered in another. Although France lost, the spirit of their revolution and individual rights spread across Europe. No kingdom or country would again be the same. 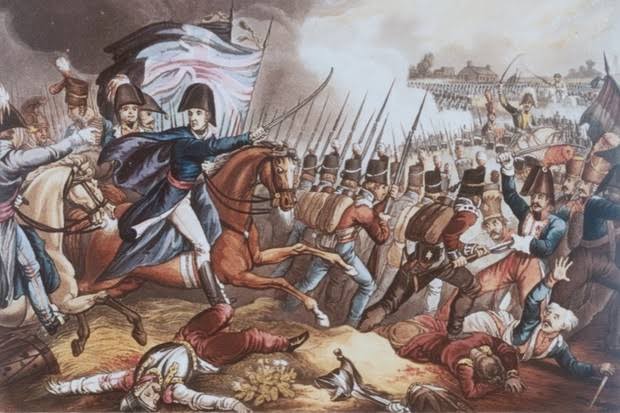 On August 1945, the United States of America dropped atomic bombs on the Japanese cities of Hiroshima and Nagasaki to hasten the end of the world war II. It was the first and only use of such weapon of mass destruction till date.

Despite the continuous air raids and shrinking territories, the Japanese forces fought on.

By July 16, 1945, the Manhattan engineer district of the United States of America successfully carried out history's first atomic explosion. The then president of America realised that the atomic bombs; the most terrible thing ever made could shorten the war and prevent numerous allied forces casualties during ground invasion of Japan, leading to July 27th ultimatum " Surrender or the US will drop a super weapon" but the Japanese refused.

In the early hours of August 6, 1945 the United States of America dropped an atomic bombs code named "little boy" at Hiroshima. 3 days later, they dropped an even larger one code named "fat one" at Nagasaki bringing the total death toll from the two explosions to 130,000 people and total destruction of the two cities, leading to Japan surrendering in August 15, 1945 and end to the world war II.

There can be no doubts that the dropping of the atomic bombs shortened the war. The bombing of Hiroshima and Nagasaki is the only time airstrikes affected the outcome of a conflict.

In addition to speeding up the conclusion of world war II, the development of the atomic bombs gave America unmatched military superiority and gave rise to massive technologically advanced world. It also brought to an end to Japanese Asian superiority and gave way to the rise of China as a force of it's own. Thanks for taking your time to go through this article. Your critical analysis is welcomed but please, make it constructive and not abusive.