By Syndi (self media writer) | 2 years ago

Kanye West went on a Twitter rant Monday night, claiming that wife Kim Kardashian West is trying to lock him up with a doctor. In a series of tweets Monday night, Kanye revealed his wife's plan to get him help just 24 hours after a bizarre and at times incoherent campaign rally in South Carolina. […] The post Kanye West Addresses Kim Kardashian In Series Of Tweets appeared first on The Guardian Nigeria News - Nigeria and World News. Source: Guardian Newspaper

The unfolding drama in the probe of alleged financial recklessness at the Niger Delta Development Commission (NDDC) continued at the National Assembly yesterday, with the minister of Niger Delta affairs, Goodwill Akpabio, alleging that most of the contracts in the commission were awarded to National Assembly members. Akpabio who appeared before the House of Representatives Committee on NDDC also refuted claims by a former acting managing director of the Commission, Ms Joi Nunei, that he approved N10 billion from the commission’s coffers for her to share to contractors. [ 1,780 more word ]- Leadership Newspaper

Elder statesman and President Muhammadu Buhari’s close friend and associate, Malam Ismaila Isa Funtua, is dead. He died yesterday night at the age of 78 after a brief illness. A family source told LEADERSHIP that the late Funtua died of cardiac arrest during a medical checkup at an undisclosed medical facility. The source who did not want his name in print said, after returning from the Mosque, the deceased told members of his family that he had an appointment with his doctor but drove himself to his barber for a haircut first before going to the hospital. [ 631 more words ]- Leadership Newspaper

Eniola Akinkuotu, Abuja The Executive Director of Projects, Niger Delta Development Commission, Dr. Cairo Ojougboh, says the NDDC gave N340m to indigenes to help inspectors to identify projects within their locality. Ojougboh said this during an interview with Arise TV on the sidelines of the House committee probe on the NDDC. When asked why N340m Source: Punch Newspaper 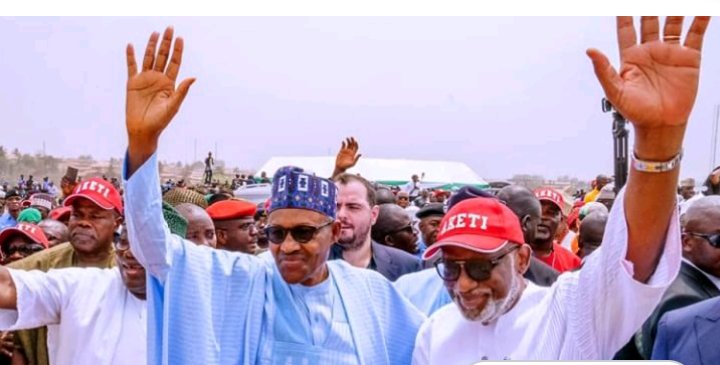