By Emmys_report (self media writer) | 2 years ago

Ismaila Isa Funtua OFR, mni was a Nigerian statesman who served as a Federal Minister in the Second Nigerian Republic. After government service, Isa Funtua went into business where he cultivated clients, business associates and friends who extended his interests beyond the normal scope of a businessman. He died of cardiac arrest Monday night 20/07/2020. The late elder statesman was aged 76. He was life patron of Newspaper’s Proprietors Association of Nigeria (NPAN) and Chairman of Bulet International Construction Company. 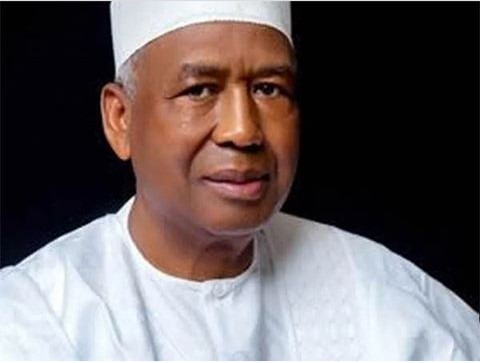 Mallam Ismaila Isa Funtua, is dead.He was a long time personal friend and close associate of President Muhammadu Buhari; and was a very influential figure in the Buhari administration. He was also a prominent member of the infamous Kaduna Mafia, a loose group of Nigerian businessmen, civil servants, intellectuals and military officers from Northern Nigeria.

IsmailaIsa was born in Funtua in January 1942. He received Islamic education, where he learnt the Qur'an, Islamic jurisprudence and the traditions of the Prophet Muhammad. He later attended the Commercial College in Zaria, Federal Training Centre in Kaduna and the Ahmadu Bello University in Zaria. He also attended the University of Manchester, and was the Monitor-General of Course 9 of the Senior Executive Course at the National Institute of Policy and Strategic Studies.

A highly capable administrator, Isa Funtua started his career in the Katsina Native Authority, where he eventually rose through the ranks working in the defunct North Central State. He later joined United Textiles Limited in Kaduna, where he was the personnel manager showcasing great managerial finesse over ten thousand workers. Isa Funtua later became the Federal Minister of Water Resources in the Second Nigerian Republic. He was a member of the 1994 Constitutional Conference under General Sani Abacha, he was listed as a target by the regime.

He then retired into private business where he became a director of several companies. He was the founder of Funtua Textiles Limited, and managing director of the Democrat Newspaper. He was also the founder and Chairman of Bulet Construction Company (one of the largest indigenous construction companies in Nigeria), responsible for building several federal buildings. He was a Life Patron and the President of the Newspaper Proprietors Association of Nigeria.

Isa Funtua was a relative of Isa Kaita, the Waziri (Prime Minister) of Katsina Emirate. His son Abubakar Isa Funtua is married to President Muhammadu Buhari's daughter, Safinatu. He will be buried according to Islamic rites on Tuesday.

May his gentle soul rest in peace.

Was isa funtua a good leader, did he show good example as a leader while he was alive?

Content created and supplied by: Emmys_report (via Opera News )