Opinion: Why Umahi Should Not Be Blamed For His Action To Dump PDP For APC

By Prince_Ayoade (self media writer) | 5 days ago 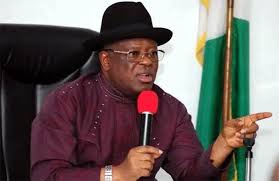 The Governor of Ebonyi State, Governor David Umahi should not be blamed for his action to dump his former Party, Peoples Democratic Party PDP for the All Progressives Congress APC. It should be recalled that Ebonyi State Governor, David Umahi dumped PDP for APC and three Governors also dumped the PDP for APC, after Umahi's defection. The Governors that dumped PDP after Umahi's defection to APC are Governor Ben Ayade of Cross Rivers State and the Governor of Zamfara State, Bello Matawalle. However, Governor Umahi should not be blamed for his actions due to some reasons.

Some of the Reasons why Umahi should not be blamed for his action to dump PDP for APC shall be discussed. It should be recalled that one of the reasons that Umahi gave to defend his action when he dumped the PDP for APC was that the PDP is not ready to zone Presidency to the southeast. Umahi said that PDP has marginalised Southeast in the Past. Meanwhile, the Governor of Rivers State, Governor Wike constructively accused Umahi that he dumped the PDP because of his Presidential ambition. 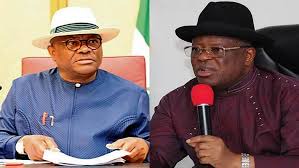 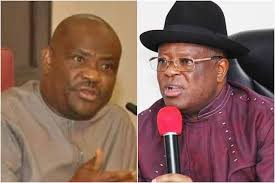 If the APC could fulfill his Promise for zoning the Presidential ticket to the South, then David Umahi will be able to contest Presidential race because the zoning system will favour him. Therefore, Nobody should blame Umahi for dumping the Peoples Democratic Party PDP for the APC. It should be recalled that Umahi is the Chairman of Southeast Governor's forum, and he may use his Position to influence his Presidential Ambition.