Zindzi Mandela's death, how 4 of the 6 Children of Nelson Mandela Died Untimely.

By CookeyIwuoha (self media writer) | 1 year ago

The world was shook today as the death of Zindzi Mandela was publicly announced by SABC news with cause of death yet to be revealed, eliciting pain in the heart of those that love the famed anti apartheid hero as his beloved family loses yet another member to an untimely death.

Despite spending 27 years of his life inside Prison and being actively involved in activism and conflict with the then apartheid system of governance in South Africa, Nelson Mandela popularly called Madiba lived to the ripe age of 95,so it’s a thing of sadness that none of his children has achieved that landmark as 4 already has died without reaching their prime. 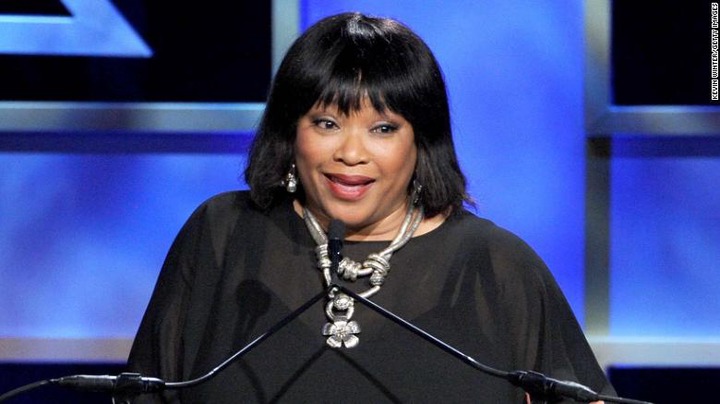 Zindzi Mandela the recent victim of untimely death in the Mandela household died in a hospital in Johannesburg on Sunday evening at the age of 59,she is one of the children Nelson Mandela had with his second wife Winnie Madikizela Mandela whom he divorced after gaining his freedom.

Born on 23 December 1960 in Soweto South Africa, Zindzi Mandela spent many years involved in South Africa's freedom struggle. She rose to international prominence when she read out her father's rejection of then-President PW Botha's offer for freedom in 1985.

Late Zindzi is a published poet, her poetry was published in 1978 in the book Black as I Am, with photographs by Peter Magubane  and has also appeared in publications including Somehow We Survive: An Anthology of South African Writing, edited by Sterling Plump and Daughters of Africa edited by Margaret Busby.

She died as a serving diplomat in the position of  South African Ambassador to Denmark, Zindzi was the younger sister of Zenani Mandela and the third of Nelson Mandela's three daughters. She is a graduate of law at the University of Cape town  where she earned a BA in 1985. Following in her father’s footsteps as late Nelson Mandela was a lawyer by profession

Prior to Zindzi, Mandela first lost a daughter born in 1947 and she died a year later in 1948, Makaziwe known as “Maki” was Mandela’s first daughter and second child with his first wife Evelyn Mase, she died at nine months of age. In 1954, they had their second daughter, named Makaziwe Mandela in honour of the late ‘Makaziwe’ as they were sisters and born of the same mother, and she is still alive. She is the only surviving child from his first marriage.

Nelson Mandela married his first wife, Evelyn Ntoko Mase, in October 1944. In 1945 she gave birth to the couple’s first child, a boy they named Madiba “Thembi” Thembekile who was killed in a car accident on 13 July 1969, while his father was in prison on Robben Island.

A devastated Mr. Mandela was filled with anguish at not being allowed to attend his funeral or to have access to details about the crash. He died at the young age of 24 having been born on 23rd February 1945.

An excerpt from his news article below states the account of the incident then. 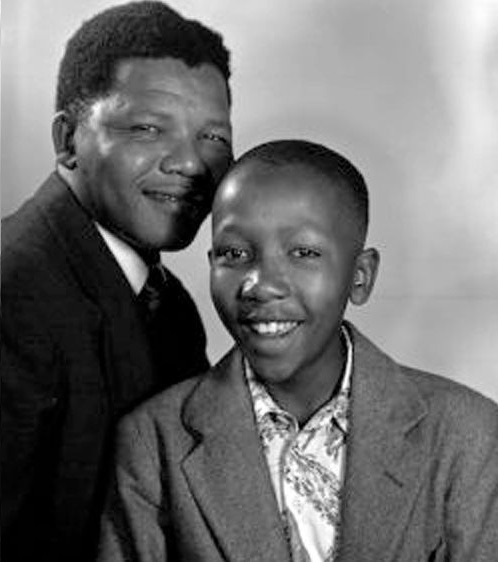 The article from the Cape Argus published then reads:

“Four people died and four were injured in a three-car collision on the fog-bound Touws River road at 9 am yesterday.

One of the victims was an Italian tourist, a middle-aged man, whose identity is being withheld until the Italian Embassy in Cape Town can trace his relatives.

The other three dead were a white woman Mrs Christina Klaasen (59) of Bloemfontein, an African woman, Miss Irene Similani (35) of Cape Town and Mr Styles Mandele (35) also of Cape Town.

Mrs Klaasen’s husband, Mr Johannes Klaasen (51), was taken to the Eben Donges Hospital in Worcester and later transferred to the Karl Bremer Hospital, Bellville. His condition was described as ‘reasonably satisfactory’.

A Coloured woman, Miss Molly de Jager, who was travelling in the third car with Mr Mandele and Mr [sic] Similani was also injured and was admitted to the Eben Donges Hospital.”

Mr.Styles Mandele in the above article refers to Thembi Mandela.

On 26th June 1950, Nelson Mandela and his wife celebrated the arrival of their second son, Makgatho Mandela, who unfortunately died on 6th January 2005 at the age of 54. He was also an attorney and died of AIDS.

After Makgatho's death, their son Mandla later announced that his pneumonia had been a complication of AIDS. 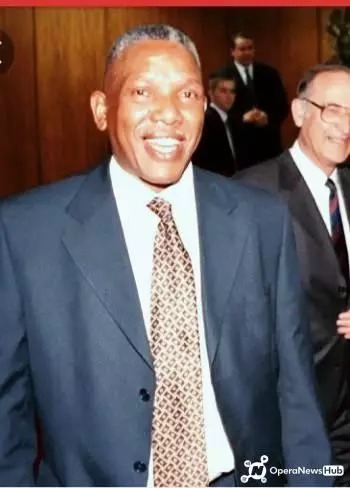 When Nelson Mandela announced the cause of his son's death, he said: "Let us give publicity to HIV/AIDS and not hide it, because the only way to make it appear like a normal illness like tuberculosis, like cancer, is always to come out and say somebody has died because of HIV/AIDS, and people will stop regarding it as something extraordinary”

Out of Mandela’s 6 children only 2 are now alive but the revered leader of ANC and former president of South Africa and a renowned hero of democracy is blessed with 17 grand children and 14 great grandchildren according to NelsonMandela.org

Content created and supplied by: CookeyIwuoha (via Opera News )