Major crisis looming in Anambra State that should be averted ahead of the gubernatorial election.

The November 6th gubernatorial election in Anambra State is just 36 days away. The people of Anambra State are set to go to the polls to decide who will rule the state for the next four years. However, in recent times, the state has been characterized by heightened insecurity and bloodshed which is now a major cause for concern.

The recent killing of Dr. Chike Akunyili, widower of a former Director-General of the National Agency for Food and Drug Administration and Control, Prof. Dora Akunyili has sent fears and panic amongst the resident of the state. Also, it was reported on the 27th of September that gunmen went on a rampage on two locations in Anambra State, killing two persons and wounding many at APC rally, and setting ablaze a car belonging to a leader of Professor Chukwuma Soludo group. 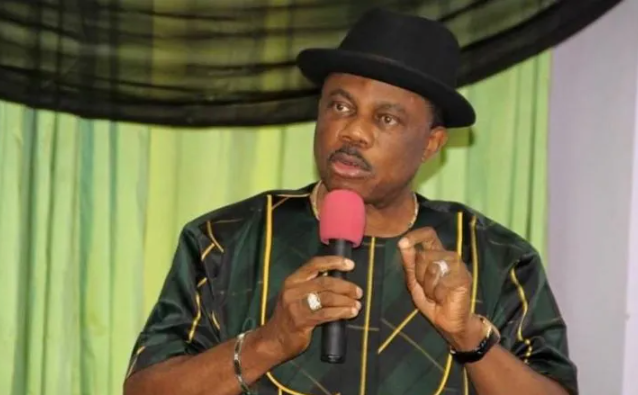 Note that it has been alleged that the increasing attacks aimed to hinder the election by November 6th. To this, the Independent National Electoral Commission INEC) has also expressed fear of how the increasing security challenges in the state could affect the coming election in the state. The chairman of INEC, Prof. Mahmood Yakubu, who was represented by the National Commissioner and Chairman (Information and Voter Education Committee), Festus Okoye, expressed the concerns at a stakeholders’ forum in Abuja organized by the INEC Press Corps.

However, going through this report by Punch Newspaper, there seems to be a major crisis looming in Anambra State if the insecurity in the state isn't tackled. The major crisis is the constitutional crisis that would occur if elections do not hold on November 6th in the state as a result of insecurity. According to Google search, in political science, a constitutional crisis is a problem or conflict in the function of a government that the political constitution or other fundamental governing law is perceived to be unable to resolve. The crisis may arise from a variety of possible causes.

Hence according to the provisions of Section 1978(2) of the constitution and Section 25(8) of the Electoral Act, the election into the office of a state governor shall hold not earlier than 150 and not later than 30 days before the expiration of the term of office of the last holder of the officeholder and it good to note that the tenure of incumbent Governor Willie Obiano will expire March 17th, 2022. As such, the date for the governorship election in the state can not be changed due to the outlines of the Constitution.

From the above exposition, it is obvious that there is no provision in the constitution to determine the failure of INEC conducting the election on November 6th in the state and this is a constitutional crisis that ought to be averted.

Therefore, this is a wake-up call to all political stakeholders in the state, traditional rulers, religious rulers to stand up and speak against the heightened insecurity in the state. The residents of Anambra State must as a matter of urgency collaborate with both the state and federal governments to tackle these criminal elements by providing possible information that could lead to their arrest so as to avert this looming constitutional crisis and hence, residents can actively participate in the election. Also, there should be a heavy security presence in the state which will pacify the fears and anxiety of the residents to be able to follow up all political activities before and during the election so that a new governor will be elected and the looming constitutional crisis in the state is averted.