The Chinese people may be happy with their government now, but what if that changes in the future? 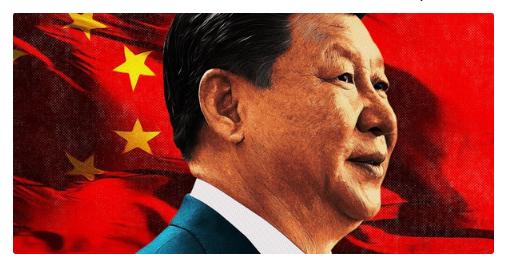 Let's start simple. Democracy, in ALL of it's forms, is one of the weakest possible government stylization for the simple fact that the people (the general masses of the public) have the power over the government. For example, America is built to be indestructible from foreign military action, but designed to be destroyed from within by its citizenry in short order. That's logically a HORRIBLE idea from a purely analytical perspective. Add into that how many people CHOOSE to be woefully ignorant of the world around them, and the overall greater needs of not just the people around them, but also global society. These ignorant people vote for people who say fancy words to please them, rather than people who have the capacity to think outside of just ourselves in just this moment in time. Where's the forethought into the needs of our future? It's nonexistent, and no one cares because they're hung up on guns, or pronoun usage, or getting high. Americans are at the height of arrogance right now, and it's probably the only thing America is number 1 in. So tell me, seeing how Americans act, why the F%#& anyone would want to stylize their government even remotely the same?

Let's get a bit more serious. Have you even met someone of any Asian decent? Let alone bother to go and visit any where in Asia? Could you even point out someone from China if they were standing next people from Korea, or Japan? The reason I'm asking this question is because it's painfully obvious that you don't know the first thing about what works for people of China, or what they want. You're so deluded, you probably haven't given a second's thought to what ANYBODY else needs or wants let alone the needs or wants of an entire people.

Making a country do something is an act of war. You want to MAKE China a democracy. Fine, stupid, but fine, lets put some thought into this. How you going to do that? How are you going to MAKE China become a democracy? Well, you'd have to kill a LOT of Chinese people. Lets put that in black and white real quick, you want to change a country's government when the people don't want that change, that means you're going to have to kill in MASSIVE numbers, like Hitler was a 1st grade playground bully compared to the number of people you ordered killed to make this happen.

But let's EVEN go further. Say you do that, say you win, China unconditionally surrenders, why would you establish another government at all? You're not going to want to waste the time and personnel to even establish a transitional government let alone a permanent one. Plus until that new government gets its own feet under it, you're responsible for its people! Not to mention the resources you're giving up in the process! No, no, no! Why make a new government that will want to SELL you its resources when you could just keep the land, people, and resources? You're already being imperialistic in practice, might as well take the tiny step from there and just take the whole country under yours.

Backlash turns into backstabbing. What kind of response do you think the rest of the world will have to your actions to force another country to change their government to one of your choosing? They won't be very happy with you to say the least. While there is a numbers theory that the combined US military might could fight the rest of the world combined against use, THAT'S ONLY IN EQUIPMENT NUMBERS! Numbers on a sheet of paper, that doesn't account for what that war would look like when played out for real. Those numbers would mean something on an infinite plane, where two sides went at each other head to head, equipment to equipment, but doesn't take into account geographic limitations or tactical brilliance. There are no guarantees in war, and there's very little likelihood the US could do more than lightly patrol its own borders let alone fight off the rest of the worlds world's military might.

Plane and simple its not going to happen.