By Regalnews (self meida writer) | 1 months

The traditional institutions in this country are ceremonial in nature, they were retained in a democratic and modern society like ours for the purpose of preserving the rich heritage of our ancestors

Traditional rulers are appointed by the kingmakers from that particular traditional council, but they are subject to the approval of the state governors of the state in which that traditional council is situated. A picture has surfaced showing the governor of kaduna state, his Excellency Nasir El Rufai greeting the emir of Zaria emirated, Ambassador Ahmed Nuhu Bamali.

What was interesting about the meeting of this two stakeholders was the fact that the governor despite being the number one authority in the state, still prostrated to greet the traditional ruler, thereby observing an age long tradition of paying homage to the revered stool of the emirate. This kind of gesture is very rare, and for the governor to squat and greet the monarch it shows that the traditional authority is still held in high esteem even with the constant changes being experienced in the modern world. It will interest you to note that the governor had earlier last year approved the name of this particular monarch after he was nominated by the King makers in his traditional council.

Traditional establishment should be strengthen because of the role that they play in uniting the people who hold such institutions in high sentimental value. Traditional institutions holds the scrolls that contains the chronicle of what our forefathers achieved in their time.

In an ever changing world where traditional laws are being ignored and considered to be obsolete by modern western laws, it is very vital for the generation of our fathers to instill in the next generation the importance of understanding the laws of our predecessors. 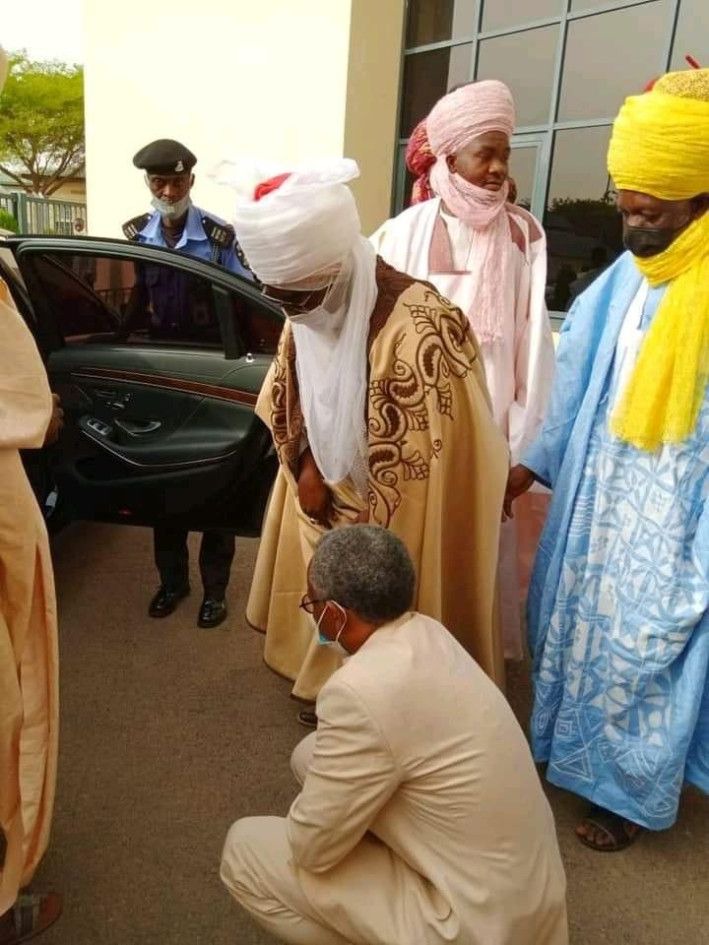 History: Three major causes of the Nigeria/Biafra civil war in 1967.