By SweetParrot (self media writer) | 1 month ago

The Nigerian Media Space went into frenzy after the previous Minister of Aviation and a member of People's Democratic Party, Femi Fani-Kayode officially announced his decision to decamp to the All Progressives Congress.  Fani-Kayode's decamping was revealed when Mai Mala Buni, Chairman of the All Progressives Congress, APC, Caretaker Committee introduced him to President Muhammadu Buhari at the Presidential Villa, Abuja on Thursday. According to the former Peoples Democratic Party member, his decision to move to APC party was based on God's revelation.

The former Minister also mention that he was responsible for Influencing three Governor's who were once in PDP to change to APC, prior to his defection. The names of the three Governors include: 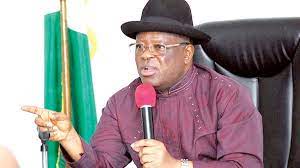 Mr. Umahi, who was elected Ebonyi State Governor twice after also serving two terms as deputy governor under the PDP, defected from the party to Join APC in November last year. 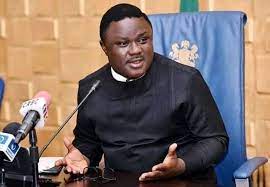 Mr Ayade's defection came six months year after his Collegue from Ebonyi State, David Umahi, additionally left the PDP. It was gathered that Governor Ayade announced his departure from PDP after hosting 6 APC Governors in his residence in Calabar. 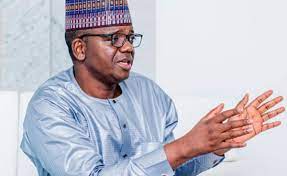 Governor Bello Matawalle defection to APC came as a rude shock to many. After several months of speculations and denials, The Zamfara state Governor officially announced his decision to join the All Progressive Party on June 29, 2021. It was reported that his decision came after other APC delegate led by the Secretary General of the Federation , Boss Mustapha attended the Guasu Trade Fair Complex which was organized by Governor Matawalle .

In addition to these Governors, Fani Kayode has made it clear that he is planning to convince other PDP Governors such as Governor Ugwuanyi of Enugu State, Seyi Makinde of Oyo State and Bala Mohammed of Bauchi State to Join the APC Party.