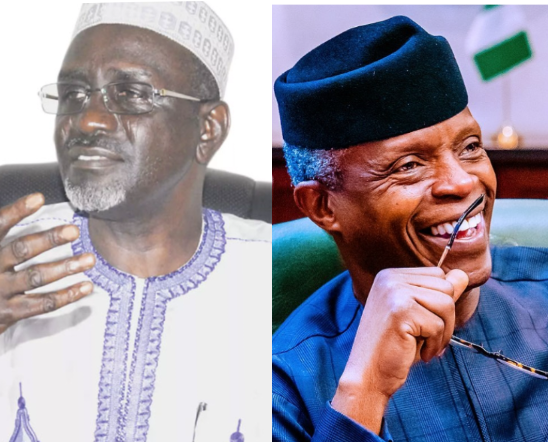 Former Kano State governor Ibrahim Shekarau yesterday said there is nothing wrong if a Nigerian from the southern region succeeds President Muhammadu Buhari in 2023. 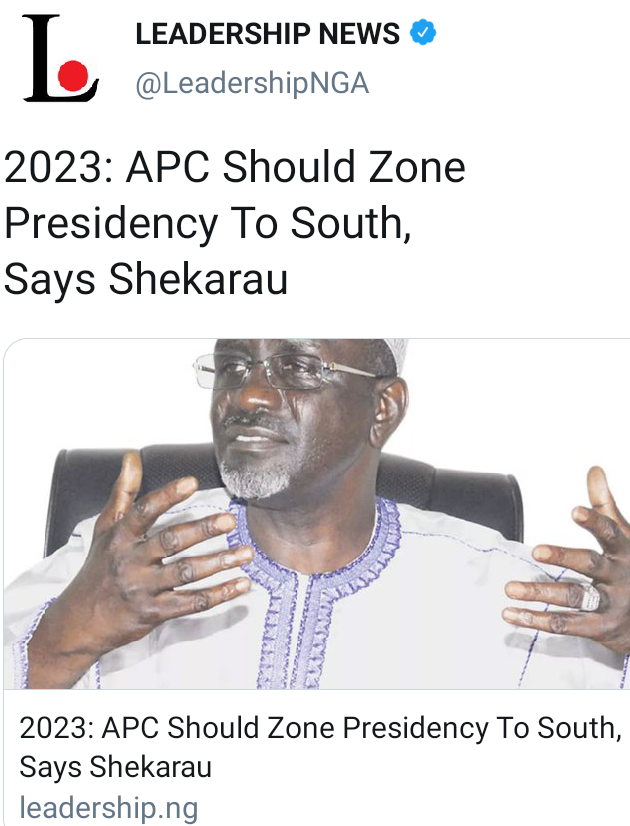 In his remarks while featuring as a guest on Channels Television’s Sunrise Daily, he wants his political party – the All Progressives Congress (APC) to zone the presidency to the South. 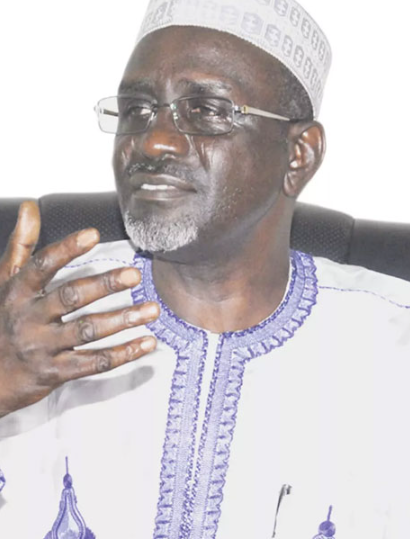 The former governor believes rotating the office of the president between the North and South will give citizens the sense of belonging necessary for the development of the nation.

Ahead of the 2023 general elections, Vice President, Professor Yemi Osibanjo has called for an end to money playing a significant role in the nation’s leadership recruitment process. 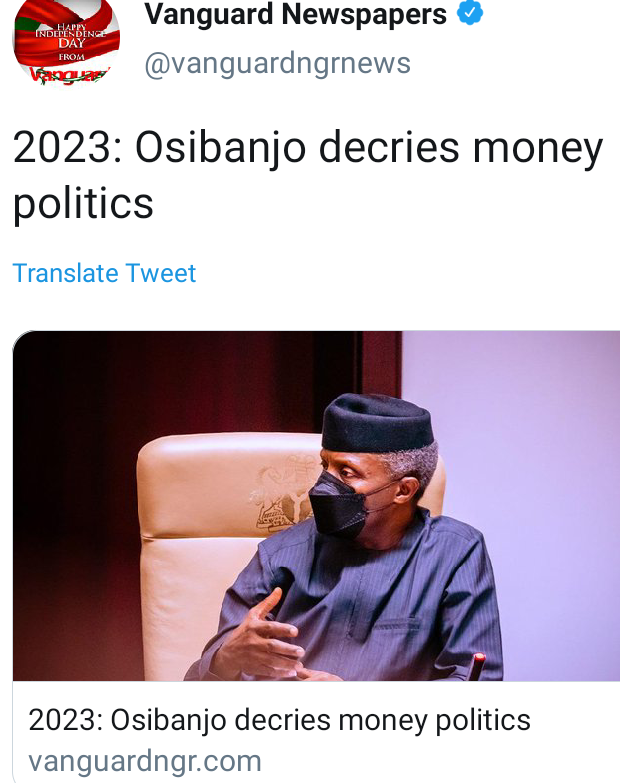 Speaking on Monday night in Abuja at a book presentation titled “Politics that Works- what school and seminars won’t teach you about winning elections,” Osibanjo said credible leaders, particularly young people, find it difficult to get into elective office due to lack of money. 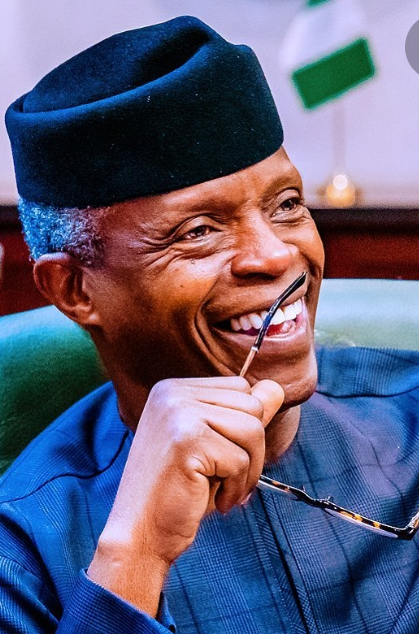 2023: This is not time for you to win election, don’t contest – Saraki tells Nigerian youths

Dr. Abubakar Bukola Saraki, a former President of the Nigerian Senate, has told youths nursing the ambition to run in the 2023 presidential election to shelve the idea. 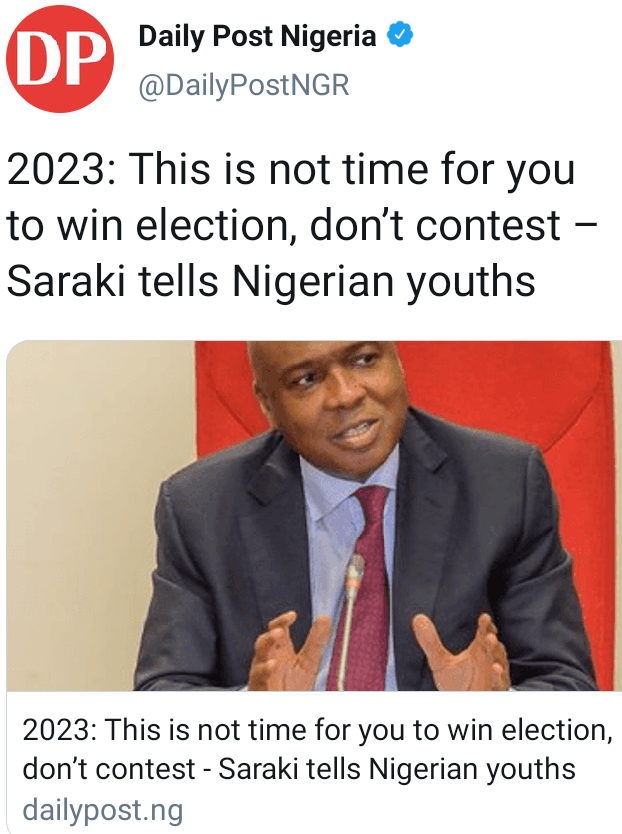 Saraki said it was already too late for such persons to stand any chance of winning an election in this country, adding that the system is too rigid.

The former Senate President said he would not even want any youth with a sound mind to contest for political offices at this point because they still possess some good values which would be corrupted before they win any election.

Transparency International on Monday said the expose made in the Pandora Papers spotlighted the need to adopt fresh reforms to combat lawlessness in the offshore industry. 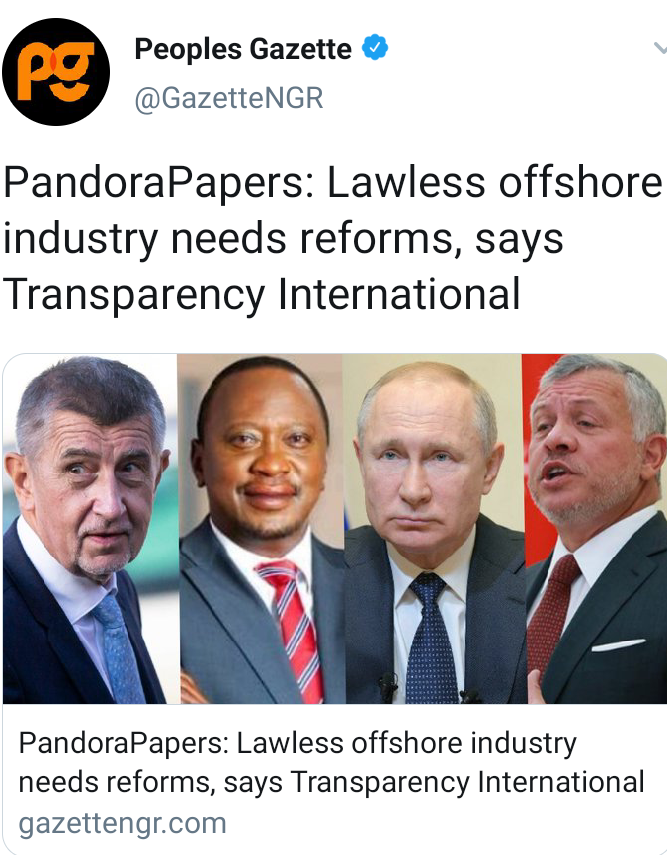 Reacting to the release of The Pandora Papers in a statement on Monday, Transparency International said the expose must create a new drive for ending the decades-long abuse of anonymous companies.

It highlighted the need for central registers of company owners in all countries, saying it will also prevent jurisdiction shopping seen in the leaked documents.