International Youth Day: Why Nigeria Governments Should Involve The Youths in Governance

By Prinncce (self media writer) | 5 months ago 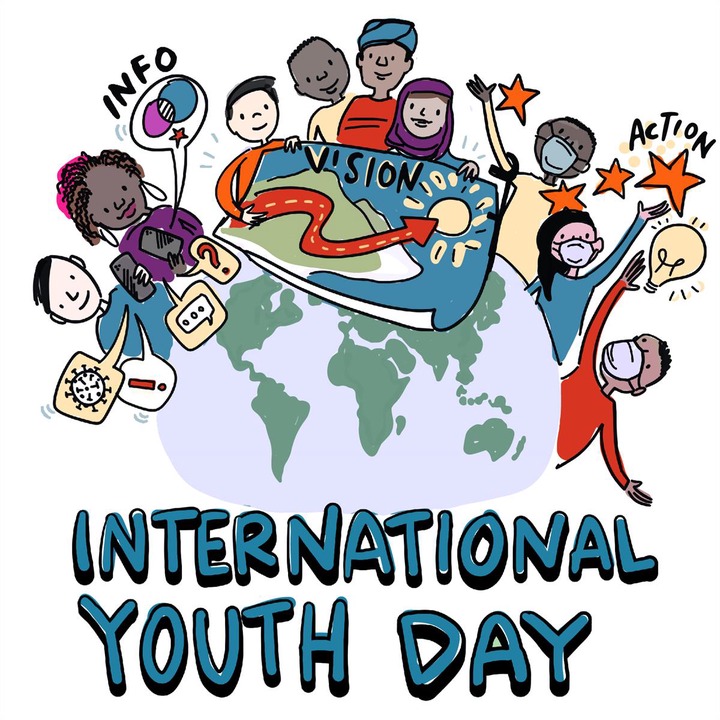 The International Youth Day, usually marked 12 August of every year started in year 2000 following a recommendation by the World Conference of Ministers Responsible for Youth in Lisbon, Portugal, to the United Nations General Assembly, in recognition of the indispensable roles the youth can play in sustaining a peaceful, just, stable and equitable global system.

This means that youth participations in governance and policy-making are sine qua non to achieving a viable socio-political and economic order in our often delicate technologically driven global village. Failure to manage the youth often results to chain reactions which can usually lead to implosion and unimaginable consequences for the system. Usually, there are spillover effects enabled by international cybernetics mechanisms as could be gleaned from the Arab Spring in the mid 2010, starting from Tunisia to Libya, Iraq, Egypt, Algeria, etc.

The inability to manage or engage the youth, efficiently and effectively, are often enabled by failed leadership structure by State actors and political practitioners. This inability is understood from the way the system is run, usually, in a rudderless, goalless, and visionless manner. Most political actors find themselves on the precinct of decision-making platforms unprepared or ill-prepared. This could be as a result of imposition, ethnic influence, godfatherism, or collective sympathy. Governance is then, outsourced. Responsibilities become a trade and blame game of who should, in the ordinary course of events, execute what. Hardly will any aspiring political actor put the demographic population of the people s/he intends to govern or represent into consideration while drawing up manifesto, if any.

People in leadership position, in Africa, and particularly, in Nigeria, have no clear agenda or blueprints of what type of governance to present. What the social welfare's outlook would look like. What will and how the local economy will be driven in the face of competitive international market, and how to negotiate terms for both foreign direct and foreign portfolio investments. Governance appears to be in tandem with the rule of thumb, trial-and-error or whatever comes to the actor’s mind at a material time. This is seen in appointments of drivers of the economy, advisors, diplomats, etc. Often, people are appointed to fill vacancies as compensation or as a way of gratifying sectional appeal, whether fit or not. This leads to a messy system and common mistakes that ridicule the country in the most embarrassing way one could think of. Examples abound.

The country’s regulatory agencies are ill equipped and weak. In formulating their policies, they often do not put into consideration, other countries' extant legal frameworks or existing obligations as required by international best practices. One does not place something on nothing and expect it to stand. No one offers what’s beyond one’s capacity. Few days back, the Director General, National Agency for Food and Drug Administration and Control, Mrs. Mojisola Adeyeye, had reported that the European Union have been rejecting over 76 percent of Nigeria's exported agricultural commodities. Aside crude oil, Nigeria depends largely on agriculture for foreign exchange. Nigeria’s balance of trade, even from the surface, is abysmally deficient. This did not portray a country struggling to escape the scourge of economic recession and widespread poverty. The journey to economic and political freedom, as a statement of fact, looks gloomy, or at best, impossible, if the trend continues.

Of course, the question on the roles of the Nigerian youth in working out solutions to these myriad of problems bedeviling Nigeria is more pronounced in this year’s theme of the International Youth Day: Transforming Food Systems: Youth Innovation for Human and Planetary Health. One would wonder why the country seems to be stagnant, treadmilling or even regressing to the internationally comparative typologies of political system as the Fourth World or Failing State despite touting the number of youth it has involved in governance. Although, there’s no precise statistical data on the number of youth involved in governance in Nigeria, both at the federal and state level, it’s important to emphasize that an infinitesimal number of young ones have been involved in governance, and are often not in the decision-making process. The argument that governments has involved countless number of youth in the decision-making process is misleading, and this was exposed during the “End Sars” protests orchestrated by millions of frustrated and abandoned youths.

The pertinent issue is: who are the set of youths involved in governance by different level of governments? Here is the core question. Most youths appointed either by states' or by the federal governments are done on the basis of political settlement and not on track records. Political actors are known to have appointed, oftentimes, allies, or candidates they have no background checks or facts, only because of political consideration. They offer nothing to the progress or development and growth of the system. That’s the bane of many states. As expected, roles are not assigned to these appointed youths, and nothing is expected from them other than clapping lousily. For some of the competent youth with everything to offer, and who managed to find themselves in governance, the system, usually arising from the subtle behavioural hostility of their appointers, inhibits them. Their suggested reforms and innovative recommendations are “killed” in the process of lobbying to get their principal's approval. This, as well, is understandable. Ethnic rivalry and clannish dictatorship.

The noise is even largely pronounced when a government boasts of appointing people of 40, 45 or 50 years of age and brand them as “Youth”. The Minister and Commissioners for Youths, or advisers, for Nigeria and some states in the country are over and above the age demography for youth, yet, their principals, out of ignorance, perhaps, touted them as youths. Appointing old men as Ministers and Commissioners for Youth, Sports, Communication, Information, ICT, etc, is, indeed, ridiculous, in a world where most of these men find it difficult to adjust, manipulate computers, or go digital in packaging their services. For record purpose, what constitutes youth is generally somewhat of a global standard. The United Nations' demography for youth or young ones is between the ages of 15 – 24. For the National Youth Policy, it’s between the ages of 18 – 35. And the Economic Community of West African States (ECOWAS) alongside the African Youth Charter categorised the youth as those within the age range of 15 – 35. Nowhere has anyone above that age seen as youth, yet governments in Nigeria boisterously parade themselves as youth-friendly when their youths are, indeed, old men. Perhaps old men in their youth. Or what else does one say.

Important too are the roles our Nigerian youths can play in transforming food systems in our society. What is the level of our innovative capacity such that it will enhance the human and planetary health in a sustainable manner? Undoubtedly, the youth should be innovative. However, it’s only those given the enabling environment that can think outside the box. In our society where corruption has taken the place of rationality and the collective will of the young ones criminally mortgaged by those in power; how will the untrained, poverty-stricken and abandoned youth think critically beyond the prisms of the human's primacy of need; survival. Abraham Maslow’s hierarchy of needs and Karl Marx realistic principle of basic economic needs of a man are the fundamental occupation of many youths for now. Like Claude Ake of the blessed memory would argue in his Political Economy for Africa: Man must not live on bread alone, however, man must live on bread to survive. How he survives now is the issue. That will take a recourse to Thomas Hobbes' and perhaps, Charles Darwin’s “Survival of the fittest”.

The youth, in a country and states where basics amenities are luxury to them, will have to struggle against nature and man to eat or survive. In the course of this struggle, there’s an unhealthy rivalry which impacts negatively on posterity, and a healthy and robust future is jeopardised. In the real sense, the youth are battling to live, and will be less concerned about sustaining a healthy planet. This is understandable from our analysis above. Yet, the other youths who are conscious of live conservation and the preservation of nature in the chain of production are helpless in the face of man-made hostility usually arising from the activities of decision makers and policy formulators. Many of them, from verifiable evidence and strong facts available, still think of the 60s, 80s, etc. The world has changed and it’s fast changing. The earlier this is understood and appreciated, the better for Nigeria and its economic prospects. Nigeria can’t afford to continue to watch as spectator where it is meant to be a major player in the international plane. The youths must be involved now in the decision-making process, regardless of whose surnames they bear and where they are coming from. Merit, competence, intellectual asset, entrepreneurial viability or track should be the fascinating yardsticks to run a true youth-inclusive government. Until this is done by the President, Governors, Ministers, etc, the journey to achieving a sustainable human and planetary health in Nigeria will remain a futile search and a mere dream.

To conclude this; it’s a platitude that the future belongs to the youth, and the future is now. Dear youth, it's time we come together and define our collective destiny in a fast changing global system ready to leave unserious nations behind. At a time like this, the world needs peace and this is only possible through the youth. The world needs innovative spirit as the catalyst for our growth. The world needs a healthy relationship and a healthy environment for humanity, and this can be achieved through me and you. We must at all times resist the antics of evil political forces by staying away from violence, refusing to be used as instrument of destruction and working towards a better today and sustainable peaceful tomorrow. We’ll get there.