By Racksac (self media writer) | 11 months ago 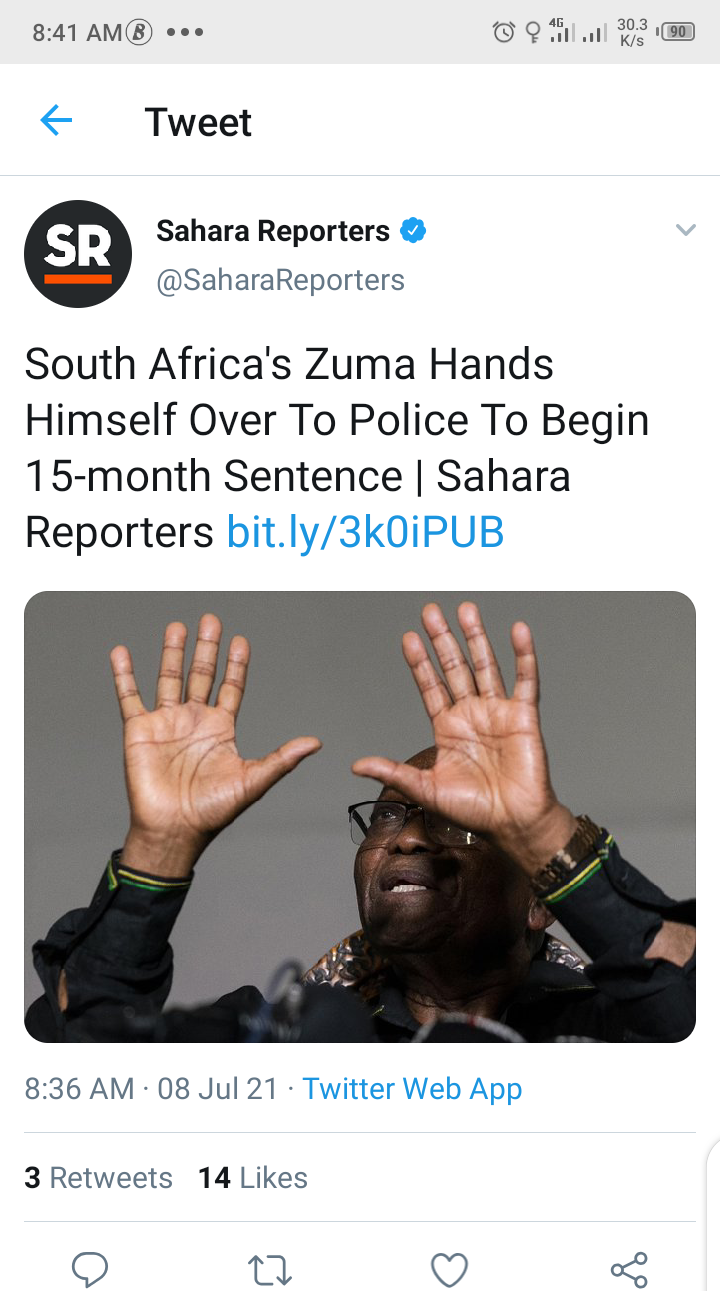 South Africa’s ex-president Jacob Zuma turned himself in to prison late Wednesday to begin serving a 15-month sentence for contempt of court, his foundation said.

Police had earlier on Wednesday warned they were prepared to arrest the former president by a midnight deadline to enforce the ruling, unless the top court instructed otherwise, AFP reports.

But Zuma decided to make his way to an unnamed prison in his home province of Kwa-Zulu Natal (KZN).

“Please be advised that (ex) President Zuma has decided to comply with the incarceration order,” the foundation tweeted. 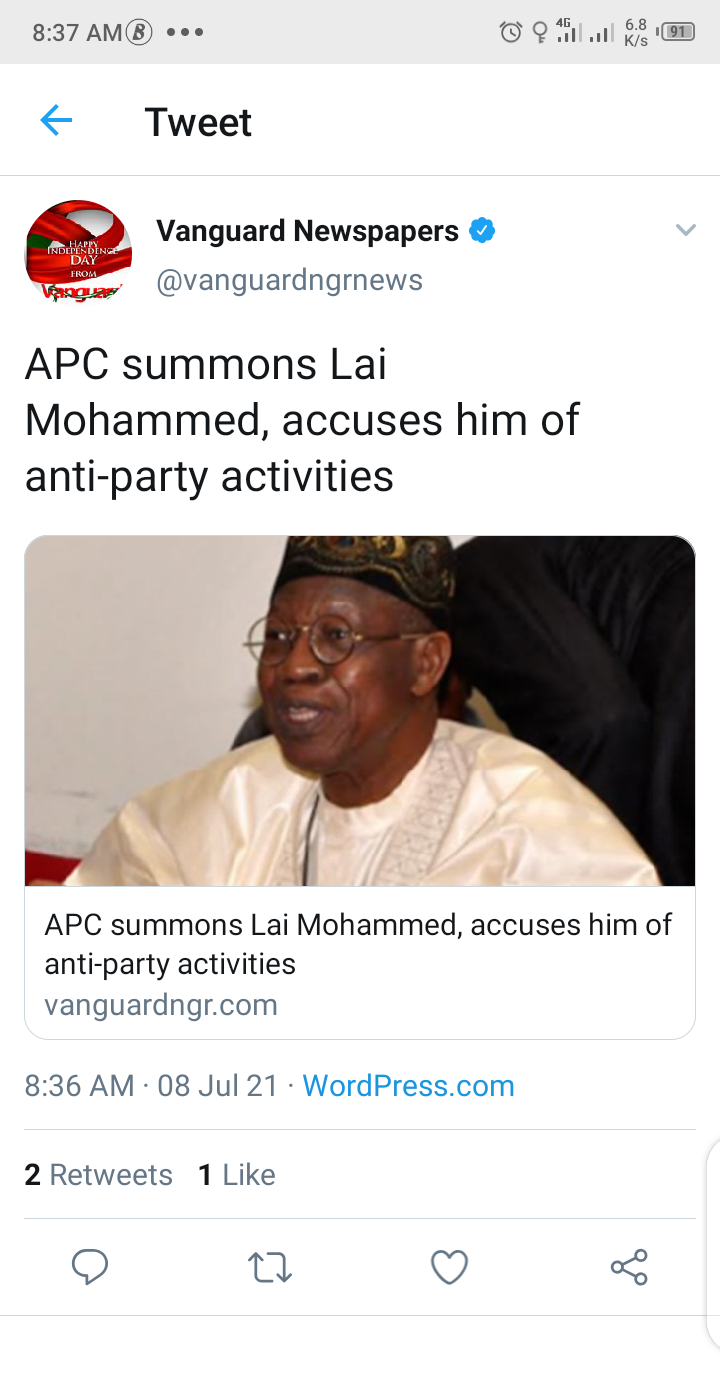 The national leadership of the ruling All Progressives Congress APC has summoned the Minister of Information and Culture, Alhaji Lai Mohammed over his recent outbursts against the Kwara State Governor, Abdulrahman Abdulrazaq.

The decision was taken at Tuesday’s meeting of the Governor Mai Mala Buni-led Caretaker Extraordinary Convention Planning Committee of the party. Buni was however absent at the meeting as he was in his state, Yobe, attending to official matters. 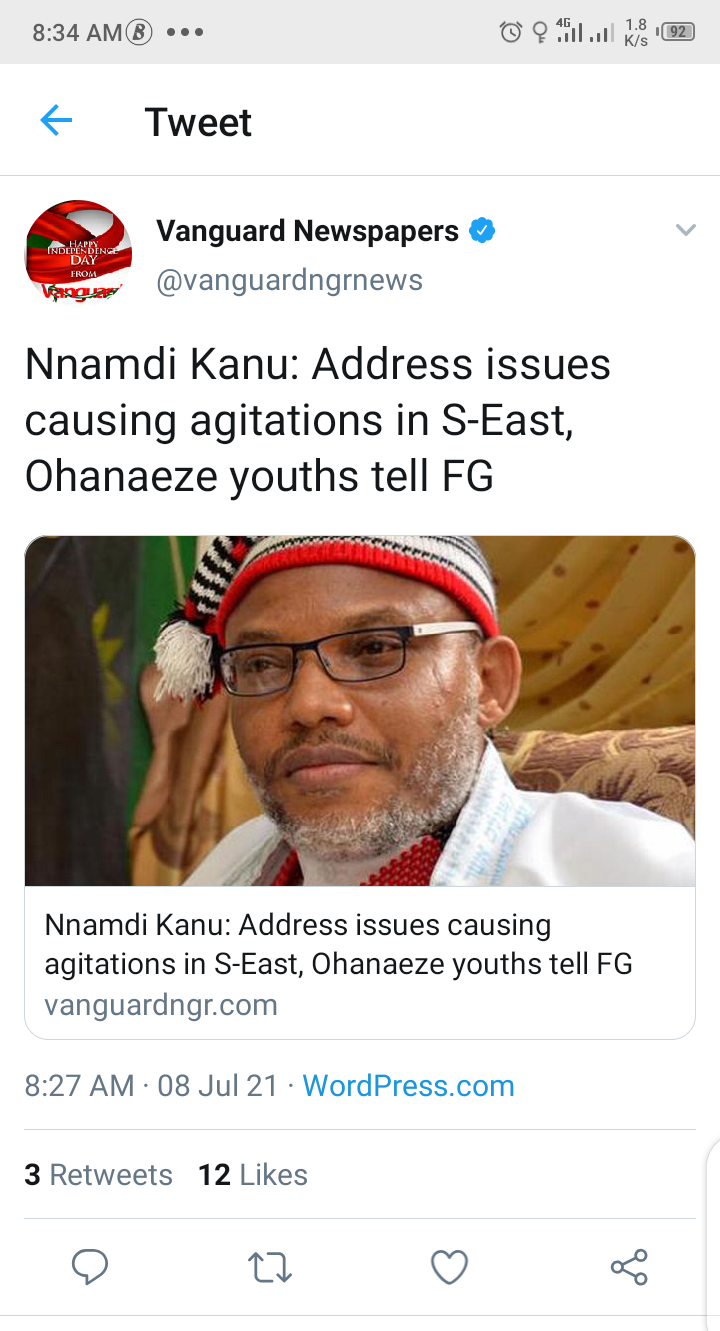 Ohanaeze Youth Council, OYC, the youth wing of the apex Igbo socio-cultural organization, Ohanaeze Ndigbo has urged the federal government to address the issues causing agitations in the South East part of the country.

The group said that giving attention to the issues of marginalization and political appointments would douse tensions in the zone.

In a statement signed by its President-General, Mazi Okwu Nnabuike and the Secretary-General, Comrade Obinna Achuonye and made available to Vanguard yesterday, OYC said that the arrest and detention of the leader of Indigenous People of Biafra, IPOB, Mazi Nnamdi Kanu would not stop the agitation for equity, asking the government not to jubilate. 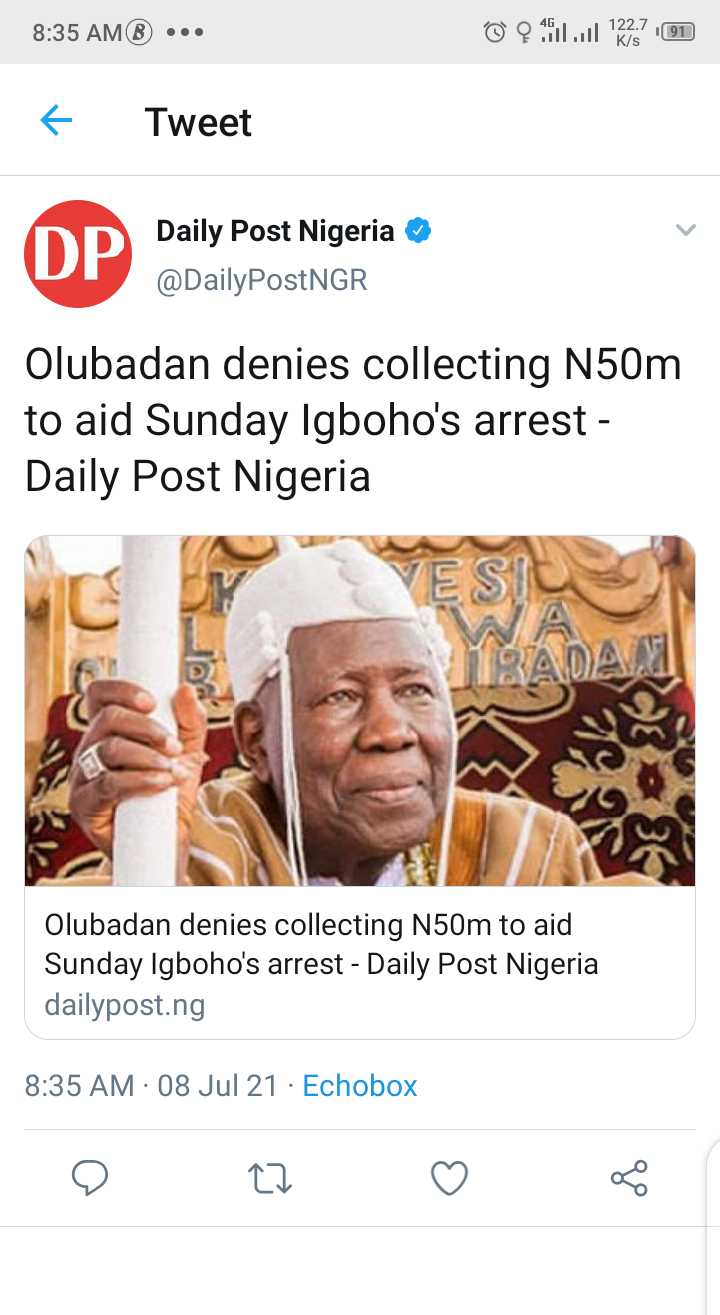 The Olubadan of Ibadan, Oba Saliu Adetunji, has denied receiving N50million from the Federal Government in order to make the arrest of Sunday Igboho possible.

The monarch stated this as Yoruba Nation agitators staged a protest on Wednesday in Ibadan, Oyo State.

The crowd demanded the release of agitators arrested by the Department of State Service, DSS. They also warned the Federal Government to stop further attacks on Yoruba freedom fighter, Sunday Adeyemo, also known as Sunday Igboho.

Mr. Adeola Oloko, the media aide of the Olubadan of Ibadan, said: “The protesters were here. Before they came, we have been hearing through news on social media that Kabiyesi received the sum of N50m for the killing of Igboho, or for his arrest to become possible. 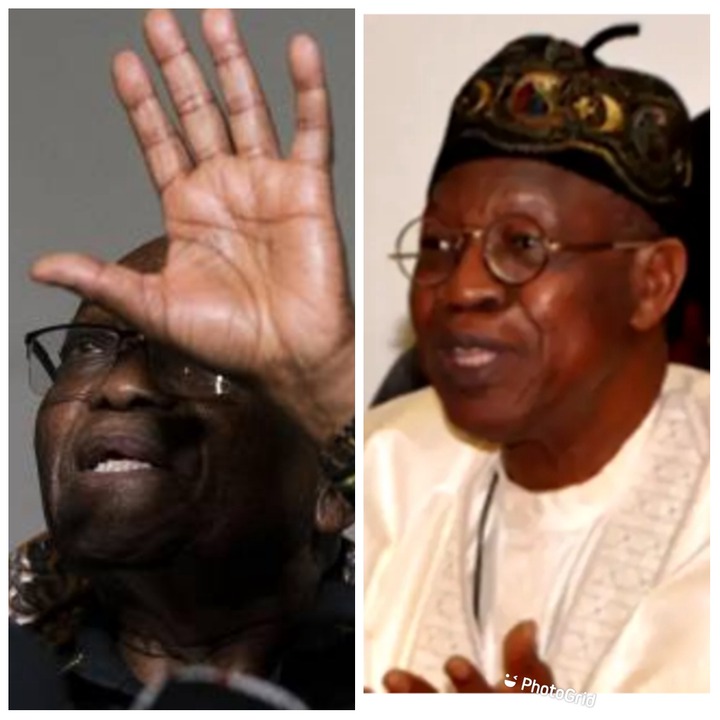