By Tonicbam (self media writer) | 6 months ago

President Muhammadu Buhari has prayed for the Chief of Army Staff, Lt. General Farouk Yahaya after he alleged that many bandits have been sent to God. 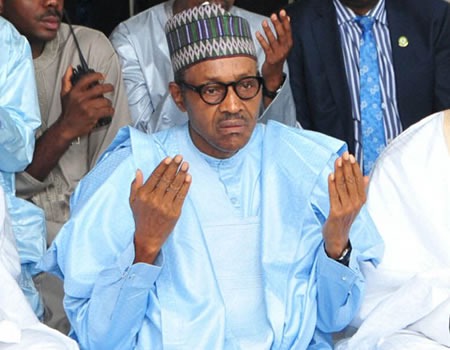 On Thursday, the president of the Federal Republic of Nigeria, President Muhammadu Buhari has prayed for the new Chief of Army Staff, Lt. General Farouk Yahaya, after he alleged that many bandits have been sent to God. 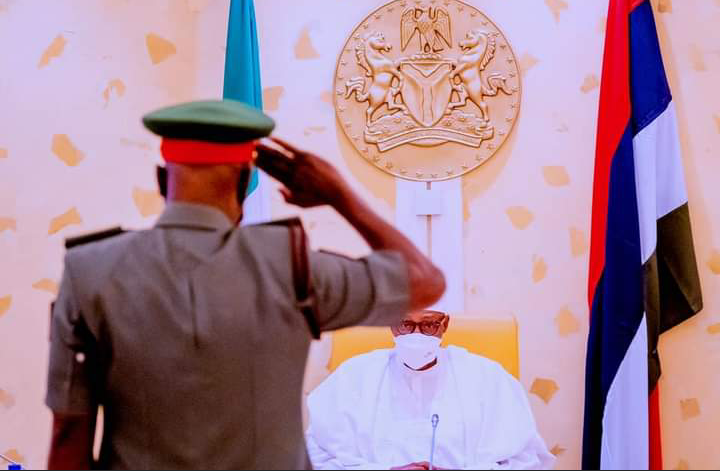 The president through his spokesman, Mr. Femi Adesina, published a post on Facebook about the Decoration of The New Chief of Army Staff, that took place yesterday in Abuja. 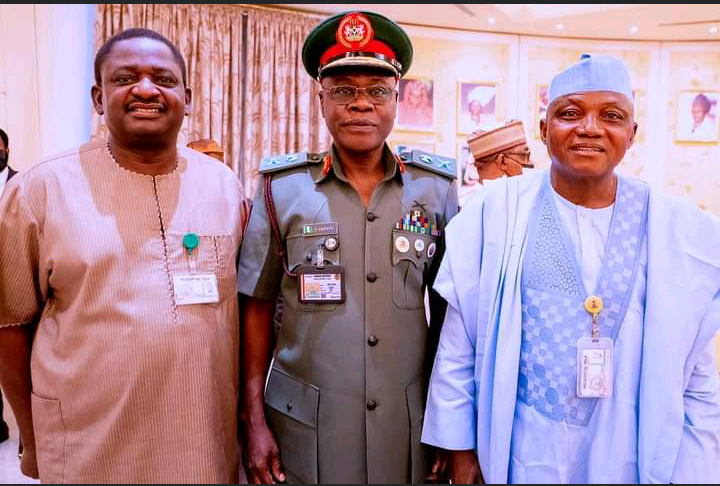 While reacting to what Lt. General Farouk Yahaya said yesterday about bandits allegedly being sent to God, the spokesman to the president uttered words of prayers asking God to help the new Chief of Army Staff to succeed.

He said, "May God help him to Succeed. Presidential spokesmen, Mr. F.emi Adesina, and Mallam Garba Shehu, with new Chief of Army Staff, Lt. General Farouk Yahaya, at State House, during the latter’s decoration with his new rank on Wednesday, July 7, 2021. May God help the new Chief to succeed resoundingly. Amen." 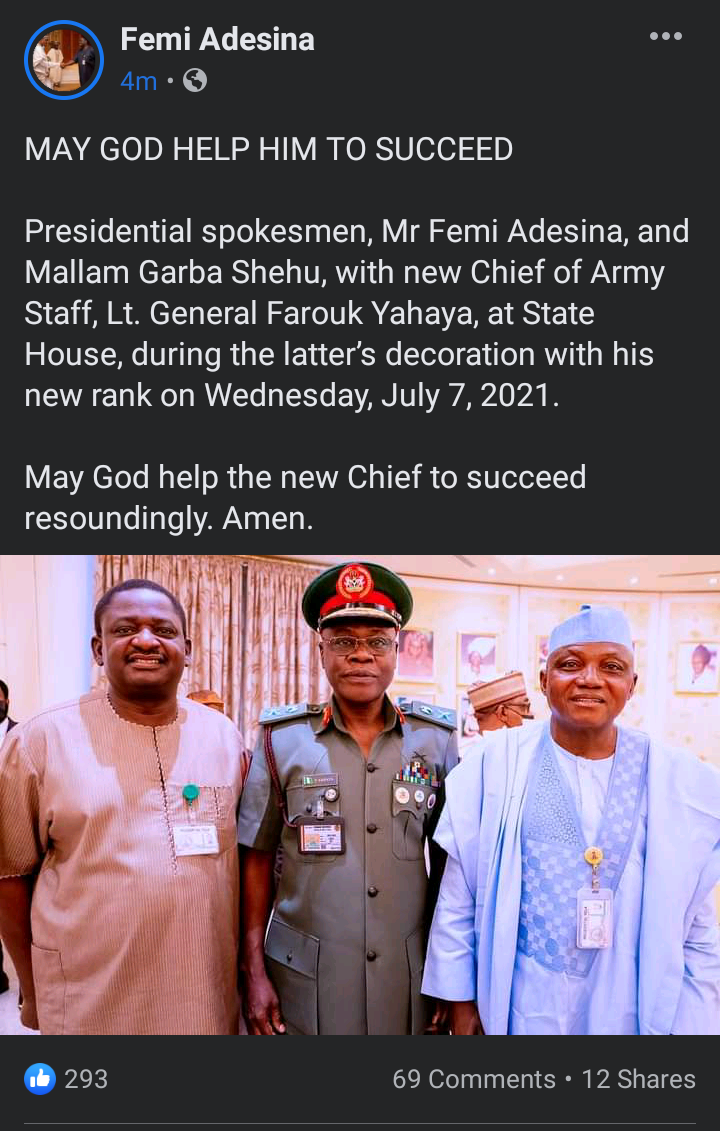 Yesterday, during the Decoration of the New Chief of Army Staff, in the State House, Abuja, Lt. General Farouk Yahaya, alleged that bandits have been sent to God. He also added that he would work hard to send more bandits to God. 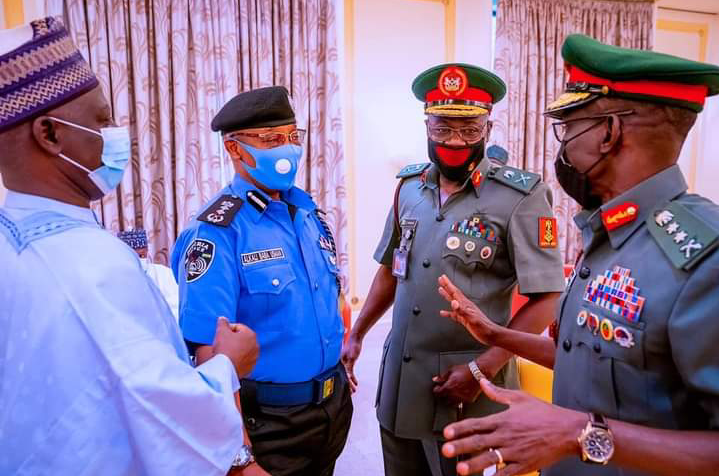 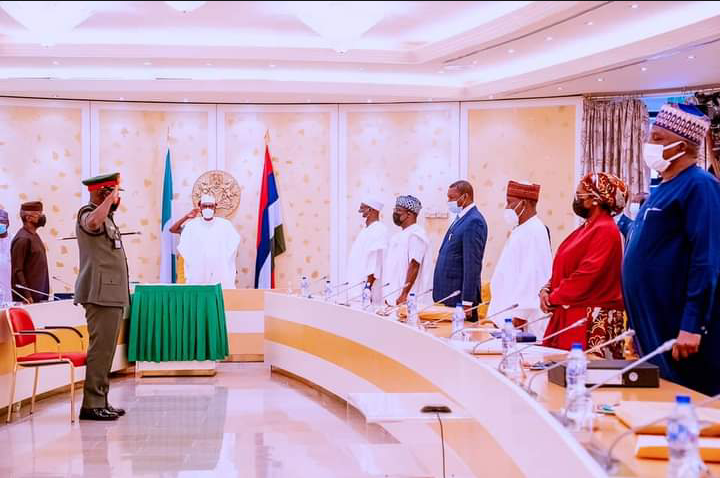 His speech at the State House was reported on Facebook by Garba Shehu, the senior special assistant to the president on media, he said that President Muhammadu Buhari and Vice President Yemi Osinbajo decorated the new Chief of Army Staff Faruk Yahaya. 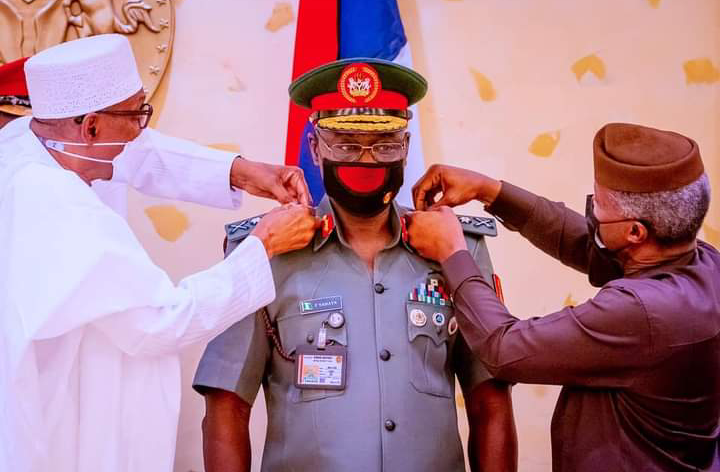 He said, "This morning at the State House, President Buhari and Vice President Osinbajo decorated the new Chief of Army Staff, Faruk Yahaya, with his new rank of Lieutenant General."

While reporting what Faruk Yahaya said at the ceremony he said, "Speaking to the press after the ceremony, the new Chief of Army Staff noted that “Many of them [bandits and criminal elements] have been sent to God to answer for their crimes, and we will continue to do that.”