OPINION: Vital action taken by PDP that will ensure its political dominance in Oyo State by 2023.

The next general election of the country is by 2023 when eligible citizens will go to the polls to elect the leaders that will lead them for the next four years. Hence, political parties and politicians have begun making necessary plans to ensure that they win at the various positions they contest by 2023. Thus, for a party like the Peoples Democratic Party, aside from hoping to occupy the apex political position of the country by 2023, it is also the desire of the party and its supporters to at least retain the states they currently occupy after the election in 2023. One such state is Oyo State. Note that since 1999 Nigeria began practicing the democratic system of government, PDP has produced three out of the five governors of the state. Also, PDP currently occupies twenty-five out of the thirty-three house of assembly members.

Therefore, the party has started taking necessary action to make sure that the party supporters in Oyo state remain united and faithful. It is good to note that there has been rising tension in the party for some time now which has even led some party members like former deputy governor in the state, Chief Azeem Gbolarumi, Bisi Olopoeniyan, former House of Representatives leader, Mulikat Adeola Akande, and Adekola Adeoye to pass a vote of no confidence on the governor who is the party leader in the state. This action by these party members had led to an internal crisis of the party. 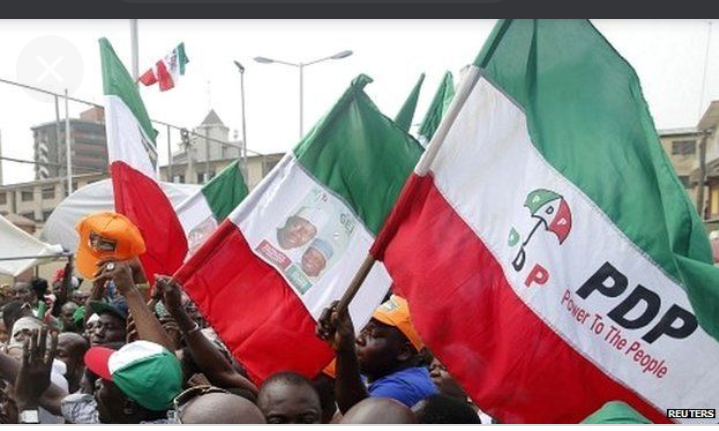 However, a recent media report by Daily Post has revealed that PDP has taken necessary action to ensure that this internal party crisis is settled. It was reported that the Deputy Governor of Edo State Philip Shaibu was delegated as the Chairman of the Committee set up by the PDP headquarters to conduct the ongoing ward congress in Oyo State. Mr. Philip Shaibu while speaking with media outlet in Oyo State revealed that he was also sent by the party to the state to find ways of reconciling all the aggrieved members of the party in the state. He also disclosed that he has discussed with some aggrieved members who have promised to put their grievances aside and work for the common good.

This is indeed a necessary action that PDP has taken because if the party allows this internal party crisis in the state to longer, the chances of the party to continue its dominance in Oyo state will be limited. This is because most of the aggrieved party supporters will likely defect to other parties and this will be a bad outcome for the party. Conclusively, it won't be out of place to state that the party will do everything within its power like seeking reconciliation of aggrieved members to ensure it continues the political dominance it emjoys in Oyo State by 2023.