The Date For The Burial Of The Late Tolulope Akotile Has Been Fixed. See When

The date for the burial of the late Tolulope Arotile has been fixed to be on Thursday the 23rd of July, 2020. The remains of the first female combat helicopter pilot in Nigerian who died on the 14th July, 2020 will be laid to the ground with full military honours at the National Military cemetery Abuja on Thursday. 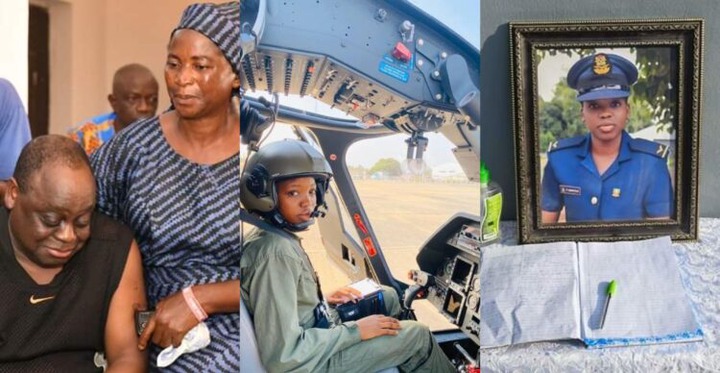 This information was disclosed by the director of public relations and information of the Nigeria airforce, Air Commodore Ibikunle Daramola. Recall that the late Tolulope died in an accident in Kaduna. She had just spent few months into the military before her sudden death. She served her country within the short period of time she spent, helped fight bandits in katsina state.

Mr Akotile the father of the late Tolulope has revealed the last conversation he had with his daughter before she kicked the bucket. Mr Akotile disclosed that he called her around 1:00pm when she had returned from an operation against bandits in katsina state. And the two of them had few talk. But later in the day he discovered from someone else how the situation of things had changed. He was later told by some her colleagues that she had passed on. Very devastating. Tolulope was a very ambitious and hardworking young lady who right from her tender age always wanted to become an aircraft pilot, the father disclosed. Well, we thank God that she fulfilled her dreams, even though it was short-lived.