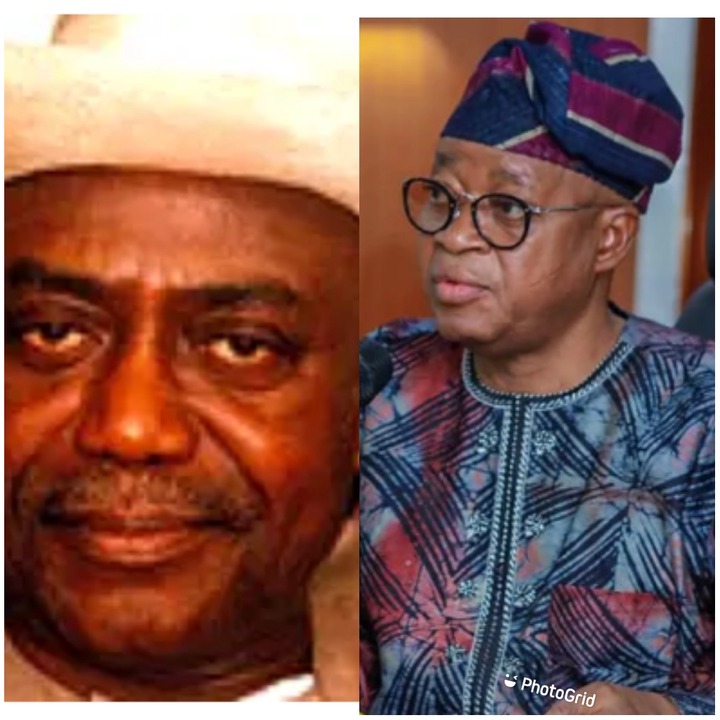 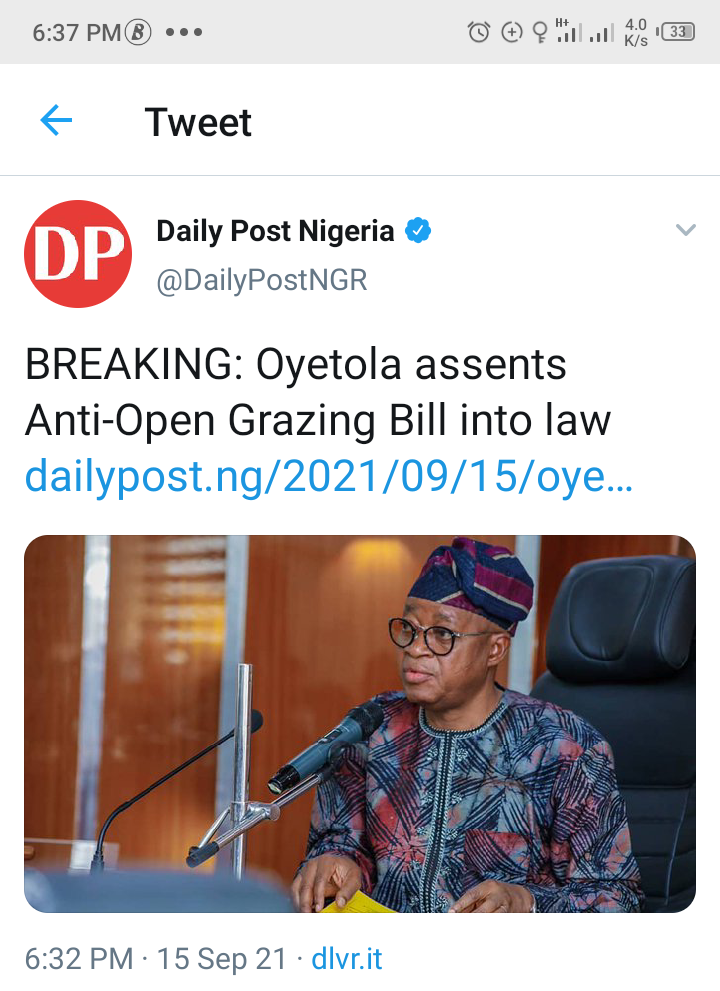 The bill was passed by the state House of Assembly on August 12, and transmitted to the Governor for assent.

Confirming the signing of the bill, the Chief Press Secretary to the Governor, Ismail Omipidan, said the governor signed the bill into law immediately the bill was transmitted from the House of Assembly to the office of the Governor. 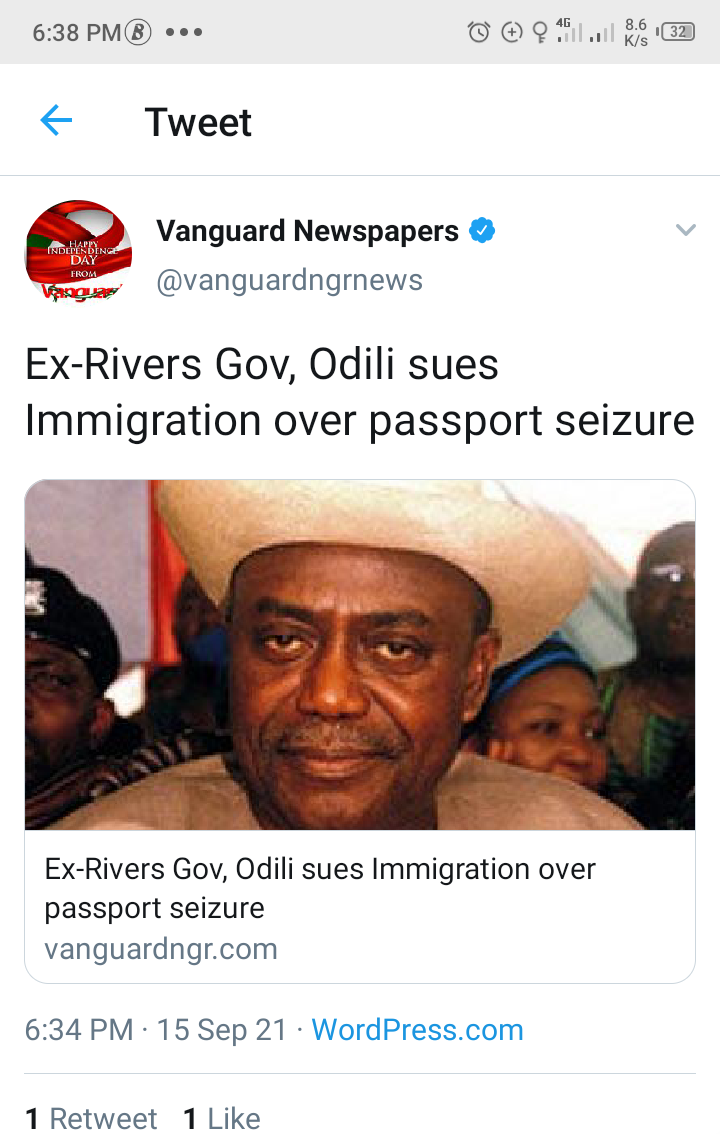 Erstwhile Governor of Rivers State, Dr. Peter Odili, has approached the Federal High Court in Abuja to challenge the seizure of his international passport by the Nigeria Immigration Service, NIS.

Odili, who piloted affairs of Rivers State from 1999 to 2007, in his fundamental rights enforcement suit, told the court that his passport with numbers B50031305, was seized from him on June 20 by NIS officials for undisclosed reason, shortly after he landed at the Nnamdi Azikiwe International Airport in Abuja. 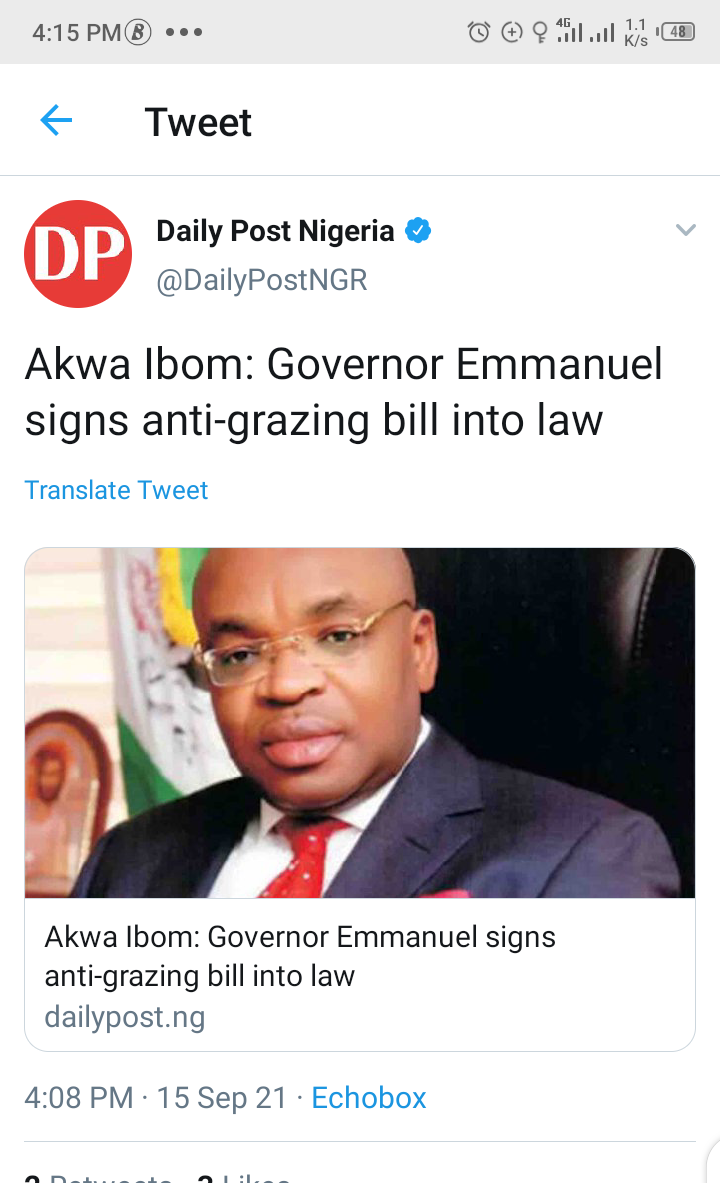 The Governor of Akwa Ibom State, Mr Udom Emmanuel on Wednesday, signed the anti-open grazing bill into law, providing for the establishment of ranches in the state.

The State House of Assembly had on Tuesday passed the bill into law.

The Speaker of the House, Aniekan Bassey, had directed the Clerk of the House, Mrs Mandu Umoren to communicate the Assembly’s decision to the Governor for his assent.

The Governor after signing the Bill into Law said the new law is no respecter of persons irrespective of status or calibre. 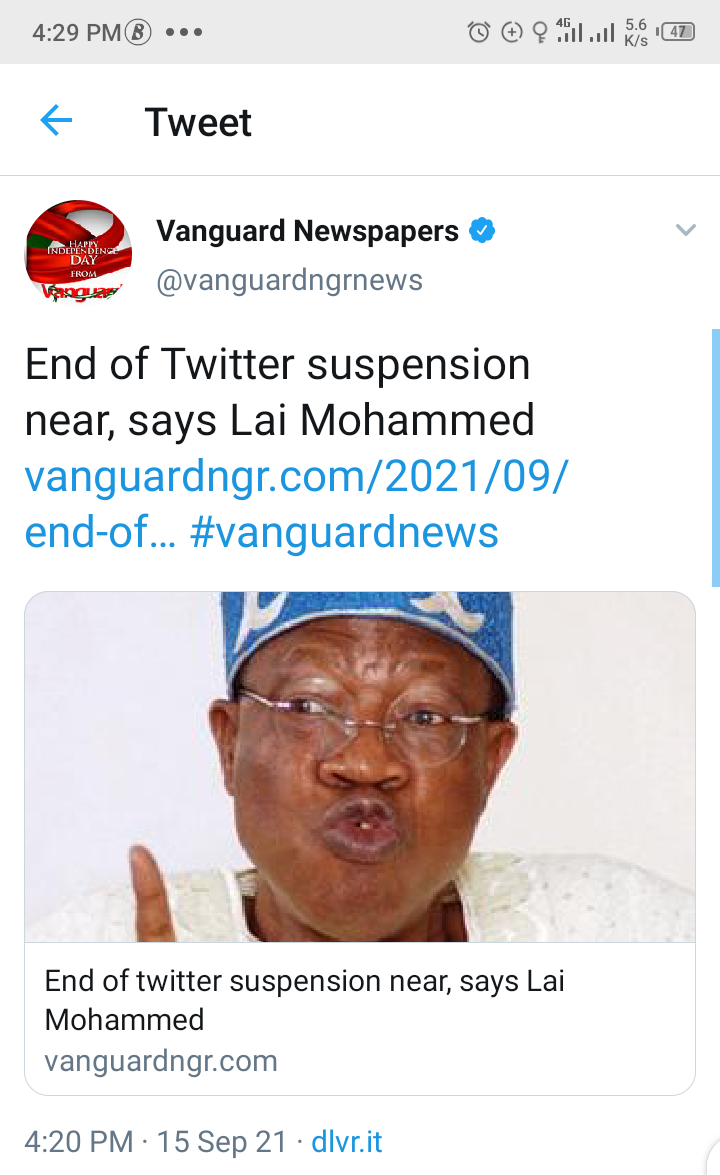 THE Federal Government on Wednesday said that it was ‘very close’ to resolving the issues it had with the Twitter that led to the government to place a ban on the micro blogger.

Recall that it was about 100 days since the federal government placed a ban on twitter for deleting President Muhammadu Buhari’s tweet on the Mazi Nnamdi Kanu-led Indigenous People of Biafra, IPOB.

As the action of the government attracted condemnation from different segment of the country, the Federal Government on August 11, had assured that the Twitter ban in Nigeria will be lifted soon.

Check Out How Newly Built Ships Are Launched Into The Ocean.

What you should know about ‘Metropolitan Authorities’ created by El-Rufai

Willingness to urinate all the time: what can it be and what to do