Today's News: 81 Monarchs Vow Not To Give Land For Ranching In Ekiti, FG Begs Doctors Over Strike

By beautification (self media writer) | 1 year ago

1. 81 Monarchs Vow Not To Give Land For Ranching In Ekiti

A group of Obas in Ekiti state with the name MOBEL, Majority Obas Of Ekiti Land has vowed not to cede any land for the fulani herdmen to be used for Ranching. 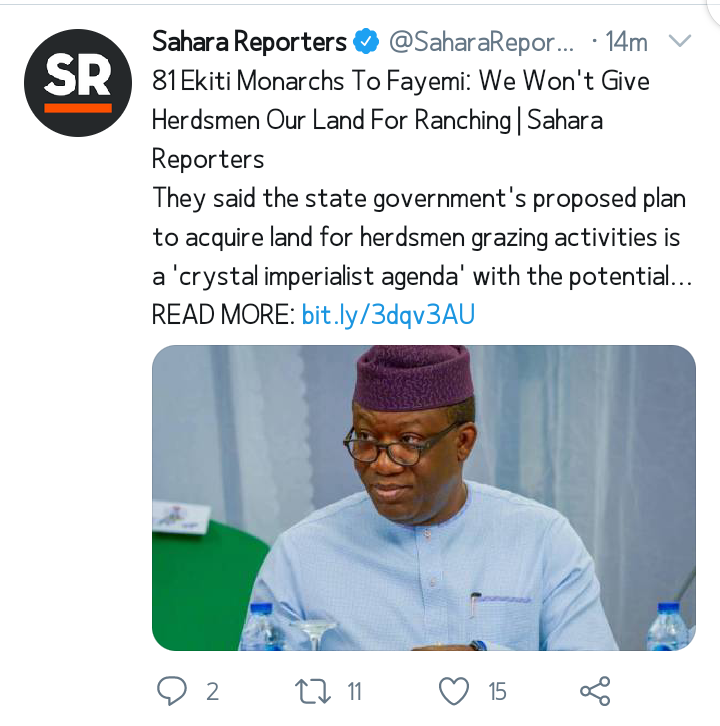 The Obas sent a strong message to the governor of the State, Kayode Fayemi to desist from any plan of giving out their land for ranching.

According to the group of Obas, it is very wrong and heinous for the government to give out a land for the Fulani Herdsmen who have cause indelible damages and destruction in the lives of the citizens of the state. They Majority Obas Of Ekiti Land promised not to cede their land for the herdsmen because that would be injustice to the families the herdsmen have destroyed and thrown into agony. 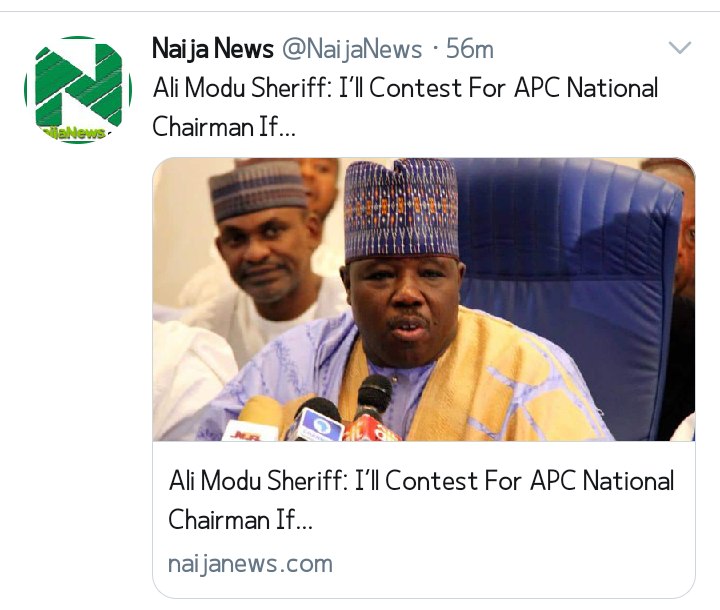 The former governor of Borno State and present senator, Ali Modu Sheriff has vowed to contest for the seat of National Chairman of All progressive Congress party (APC) if only the slot comes to the North East part of the country. It was deduced that the seat is set to be from the NORTH CENTRAL of the country and the prospect candidate as nominated by Governor Sule should be the former governor of Nasarawa state, Umaru Tanko Al-Makura.

Though Ali Modu Sheriff agrees on the nominated candidate for the seat, however the former governor of Borno state stated it clearly that based on his experience in PDP he would be able to manage the National Chairman seat of APC party, if only the seat would be allocated to the NORTH EAST region of Nigeria. 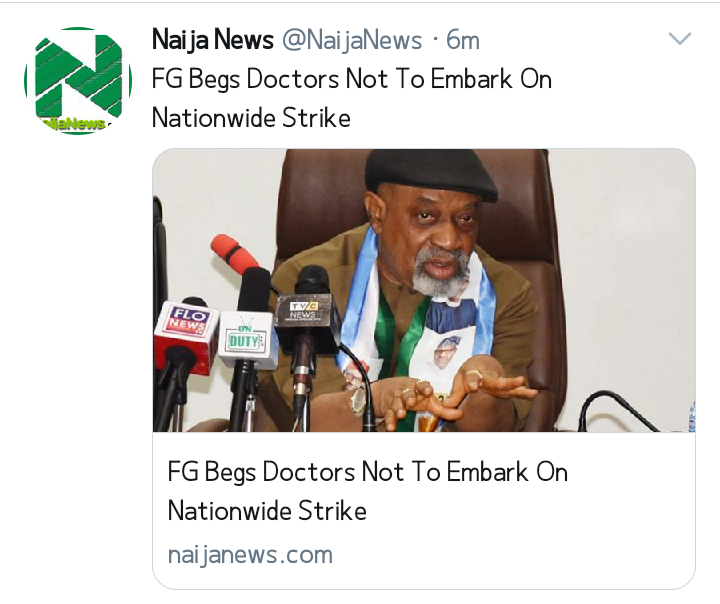 The Federal Government of Nigeria has begged the Doctors not to go on national strike because the government is now working on their demands.

According to the statement of the Minister of Labour and Employment, Chris Ngige to the NARD (National Association of Resident Doctors), he promised the doctors that their demands will soon be met. In his statement, the minister said the doctors should have in their minds the lives of 80% Nigerians who will suffer from their pending national strike. 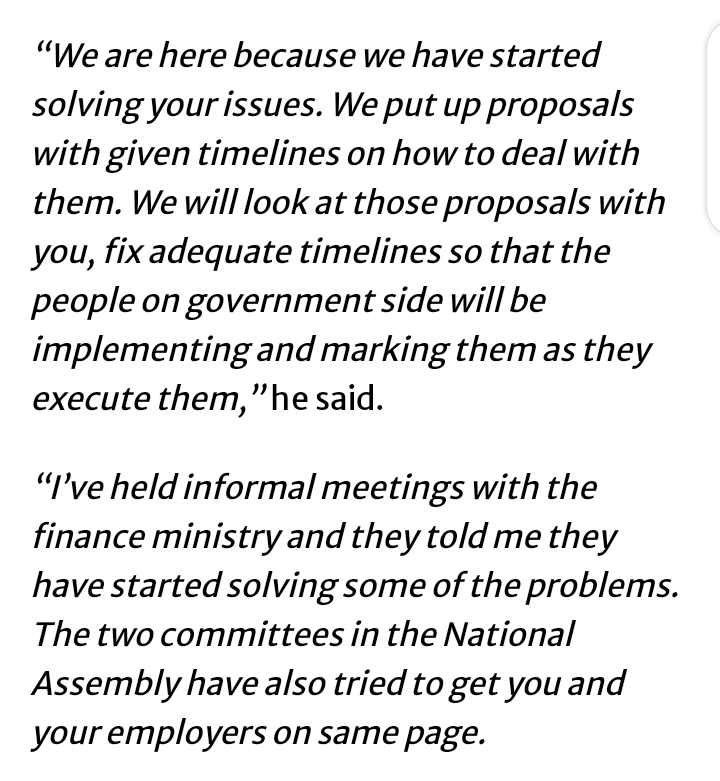 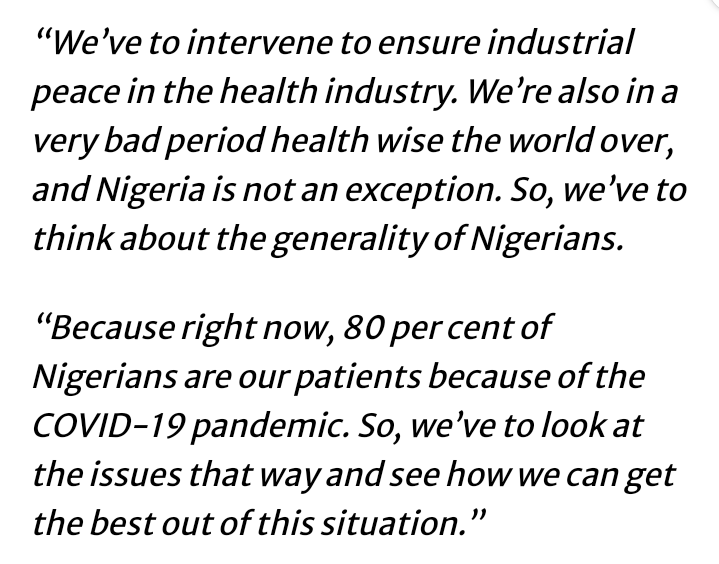 4. Nasarawa Governor Reveals The Region To Get 2023 Presidency 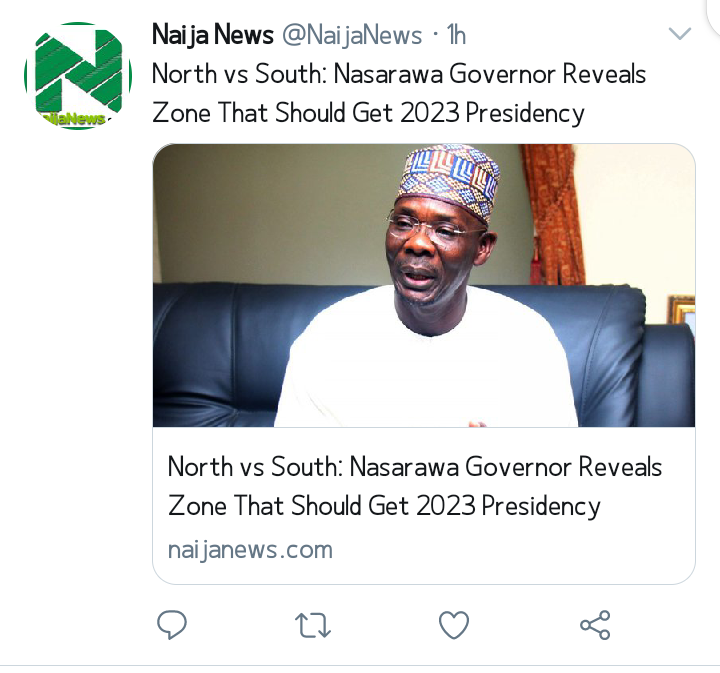 The governor of Nasarawa State, Abdullahi Sule has reveled which region is best fit to be given the President seat in the coming 2023 presidential election. According to the state governor of Nasarawa, Abdullahi Sule admitted that the South deserves the Presidency while the National Chairman seat of All Progressive Congress party should be picked from the Northern part of the country.

The governor spoke about this in his meeting at Lafia which is the capital city of Nasarawa state amidst the supporters of the former governor of the state, Umaru, Tanko Al-Makura who is the prospective candidate for the seat of National Chairman of All Progress Congress (APC) PARTY.

Abdullahi Sule, while taking side of the South, he said: That is why, from all indications, I have never said anything against the agitation for rotation of the presidency to the South. It’s because I don’t think it’s a bad idea for peace in Nigeria, if there is rotational presidency.” 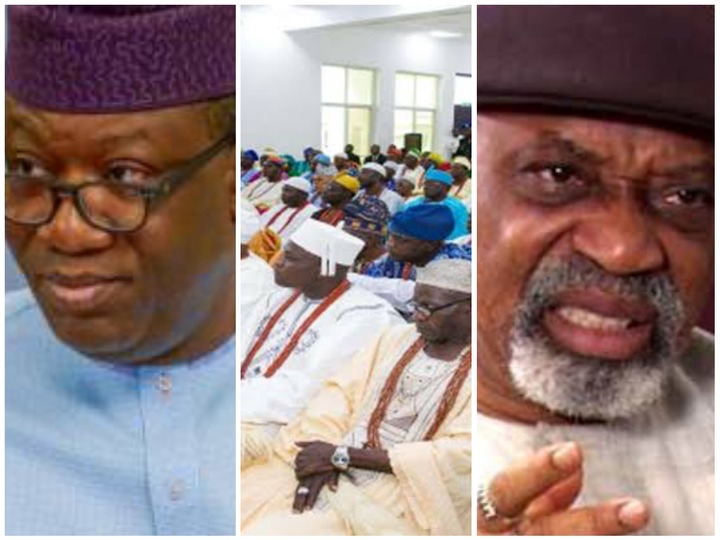