“Why would a Northern group place a ₦100 million bounty on Nnamdi Kanu’s head?” - Omokri asks

By Adisatellite (self meida writer) | 1 months

One of the strong critics of the present administration led by President Muhammadu Buhari, Reno Omokri, has finally broken silence over a hundred(100) million Naira bounty placed on leader of Indigenous People of Biafra, Nnamdi Kanu by a northern group. 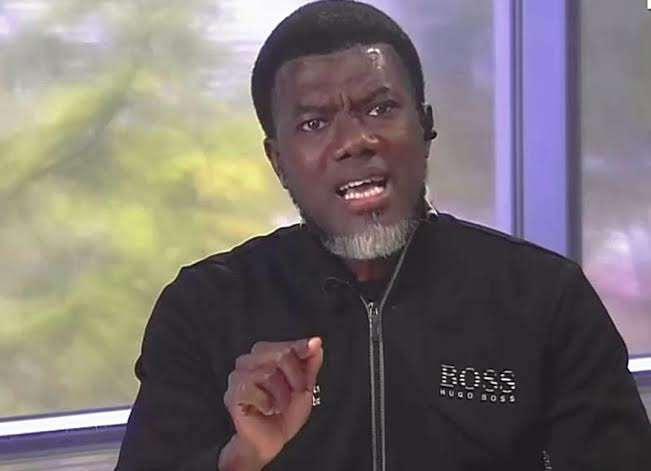 The former aide to ex-President Goodluck Jonathan wondered why a northern group would be so bold to place a 100 million Naira bounty on the secessionist leader from the South East Nigeria without first doing same on the leaders of bandits and Boko Haram, that have killed thousands, rendered hundreds homeless and made the people in the North poor with many of them now living in Internally Displaced Persons camps.

According to Omokri, such bounty should rather be placed on the heads of terrorist leaders of bandits and Boko Haram and not on a person of the Biafran leader. One of his tweet reads: “Why would a Northern group place a ₦100 million bounty on Nnamdi Kanu’s head? The North has bandits who abduct schoolchildren on an almost weekly basis. They also have Boko Haram. Use that money to place a bounty on the heads of leaders of bandits and Boko Haram.” 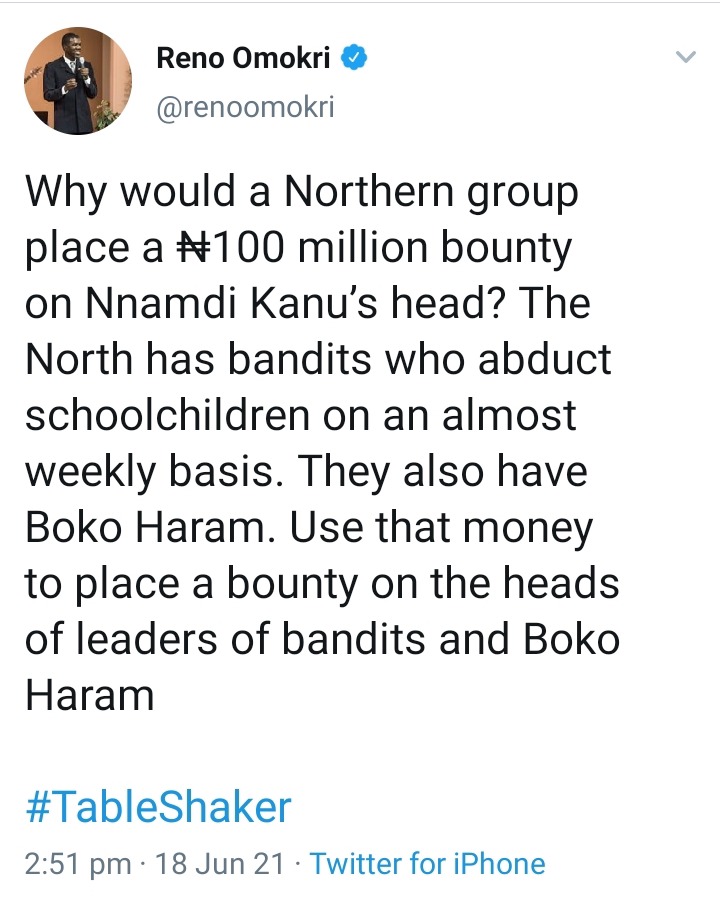 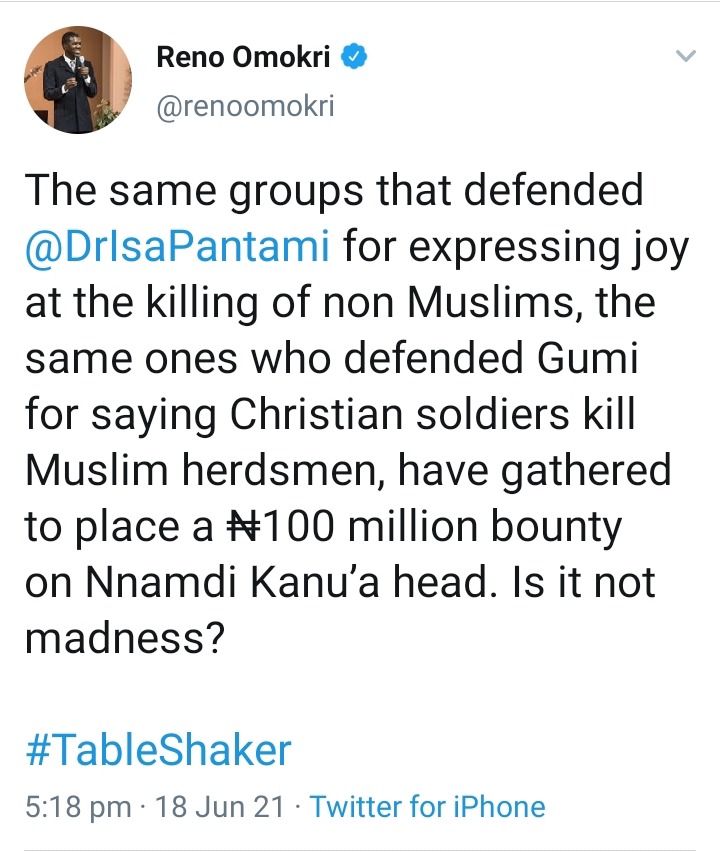 Omokri's reaction is in response to a coalition of seventy-five Northern groups known as Northern Consensus Movement that declared a reward of 100 million Naira for anybody who can ensure the arrest of Nnamdi Kanu for alleged treason.

While addressing a group of journalists on Thursday in Abuja, the group accused Kanu, Indigenous People of Biafra and Eastern Security Network of being the brain behind attacks and killings of innocent Northerners in the South East in recent times. It added that the leader of Indigenous People of Biafra promoted hate speech that led to series of recent attacks on Northern communities in the South East.

Speaking further, the coalition's spokesperson, Dr. Awwal Aliyu called for the intervention of the international communities(the United States, the United Nations, and the European Union) to as a matter of urgency fast track Kanu's deportation to Nigeria in order to face criminal charges against him.

“We want him to answer for the killing and destruction of Northerners residing and undertaking lawful businesses in the southeastern part of Nigeria.

“So, we are placing a bounty of N100m as an offer to anyone who can produce him alive, hale, hearty, and uninjured to us for onward delivery to the security agencies for the continuation of his prosecution,” the statement from the seventy-five Northern groups read in part. 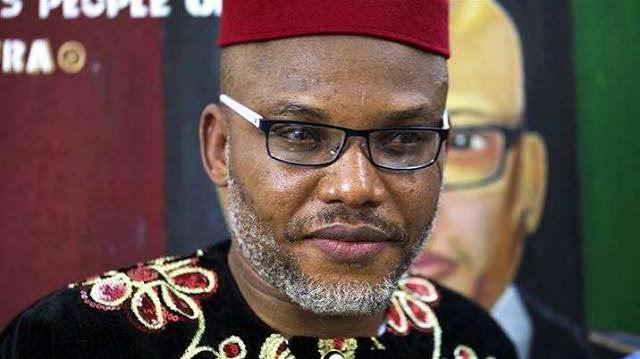 What is your take on the 100 Naira bounty placed on the leader of the Indigenous People of Biafra's heads? How do you react to Omokri's stance that the bounty should have been placed on bandits and Boko Haram leaders' heads?

Opinion: What FG Needs To Do Ahead Of 2023 Elections After Lagos Recorded Low Turnout In LG Election

How U.S. Immigration Arrested Me Because They Thought I Carried Drug - Apostle Johnson Suleman

Governor Matawalle Give Reasons Why Peace Seems Impossible in The North