By Chikahub (self meida writer) | 1 months

Governor Nasir El-Rufai has told the Igbos that they won't be able to win the presidential seat in the upcoming 2023 general election by threatening secession. He asked the people of the region to avoid any violent related appearance so that Nigerians can see a enough reason to vote them into power. The Kaduna state governor has advised them to stop bragging that they will break out of the country if they don't get one of their sons as president. 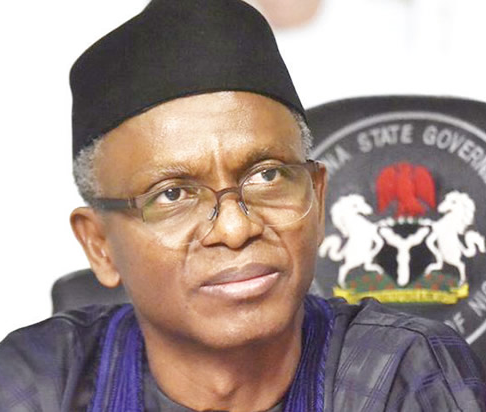 Governor El-Rufai said this during a meeting organized by Leadership For Africa. He acknowledged the fact that a representative from the region needs to be voted in as the next president of Nigeria. However, he noted that they should go about it the right way and remove every appearance of violence from it because it will not work by secession.

"No political position is gotten by allocation, it will have to go through the normal political processes. This is because, the due process demands that anybody who is indicating interest for any position will have to come out and show to people why he thinks he deserves their vote. It can never be gotten by violence or your threatening of secession", El-Rufai pointed out.

"I advise Igbos to avoid going about this the wrong way. You must be prepared enough to show to people why they should vote you. That's the only guarantee to climbing the ladder of success in Nigeria's politics. It's bit be inciting break out. Their harbouring of secession in their minds just means that it won't work out good", he continued.

Governor El-Rufai advised the people of the South East region to come into terms with the people of the remaining parts of Nigeria and let them know why they should be voted. He told them to learn from past leaders and stop threatening secession.

" GoodLuck Ebele Jonathan do what I am saying and he was given the opportunity to rule in 2011, the incumbent president, Buhari did same and he was seen as someone fit for the position in 2015 and 2019 respectively. Politics will always go by the due process. Nobody all vote you out of pity, you must convince them in all ramifications", he ended his speech.

Content created and supplied by: Chikahub (via Opera News )