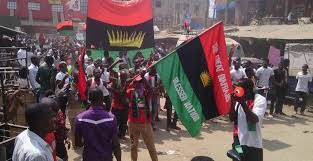 Secession group agitating for Biafra caused insecurity in the Eastern part of Nigeria by killing security services and innocent civilians which also created an ungovernable space in the region. They also attempted to hold eastern states hostage with orders to stay at home under threat of terror.

The violence initiated by IPOB members also made the Inspector General to declared war on Biafra agitators that are attacking and destroying police infrastructure in the South-East and South-South regions. 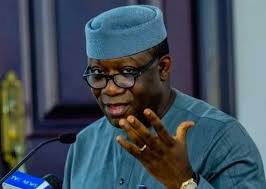 According to Punch Newspaper, Ekiti State Governor, Dr Kayode Fayemi, has asked secessionist groups like Biafra agitators in the country to learn from the history of South Sudan war.

He made this known to Igbo people while speaking as the Guest Lecturer at the combined 9/10th anniversary of Zik Lecture Series held at the Nnamdi Azikiwe University, Awka, Anambra State.

Below were two strong point Governor Fayemi passed across to Biafra agitators on why they should be working on Nigeria's unity instead of separation.

1. He said a well-structured dialogue remained a major pathway to peace and progress, adding that there is nothing heroic in dying for a cause that dialogue and negotiations can help resolve.

He made it known to the public that succession groups should come up with conferences, town hall meetings with different stakeholders in the country to come up with resolutions to their problems instead of causing violence that could lead to the death of people in the region.

2. He admonished Nigerians to bury their differences in order to achieve a greater and fulfilled country.

Governor Fayemi urged Nigerians to learn how to manage their differences in religion and ethnicity in order to live peacefully as one for the country to achieve greater things. 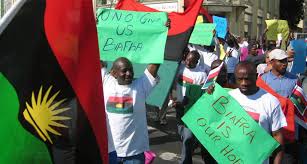 Instead of the secession group to be causing violence to show their grievance of what they are not happy about in the country, they should find other peaceful to dialogue with the federal government to listen to their problems.

Dear readers, what are your opinions on this issue?