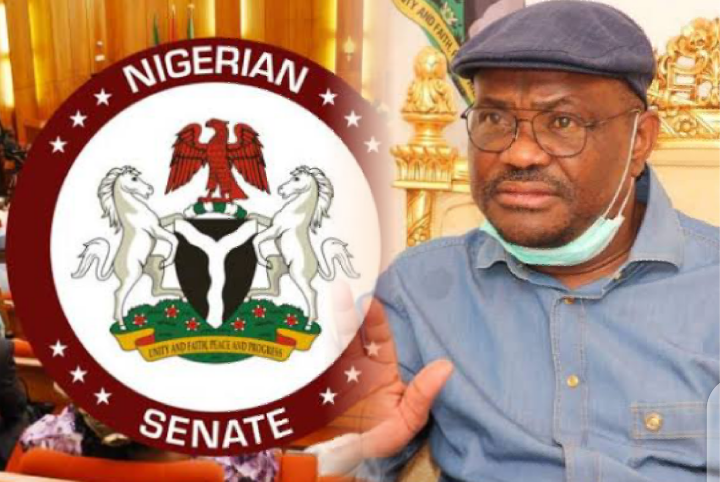 The Senate Committee on Ethics, Privileges and Public Petition has ordered the management of the Federal University of Technology, Owerri, to submit original examination scripts of a former student, Mr Phillip Otobha, and the marking scheme used to grade the scripts. 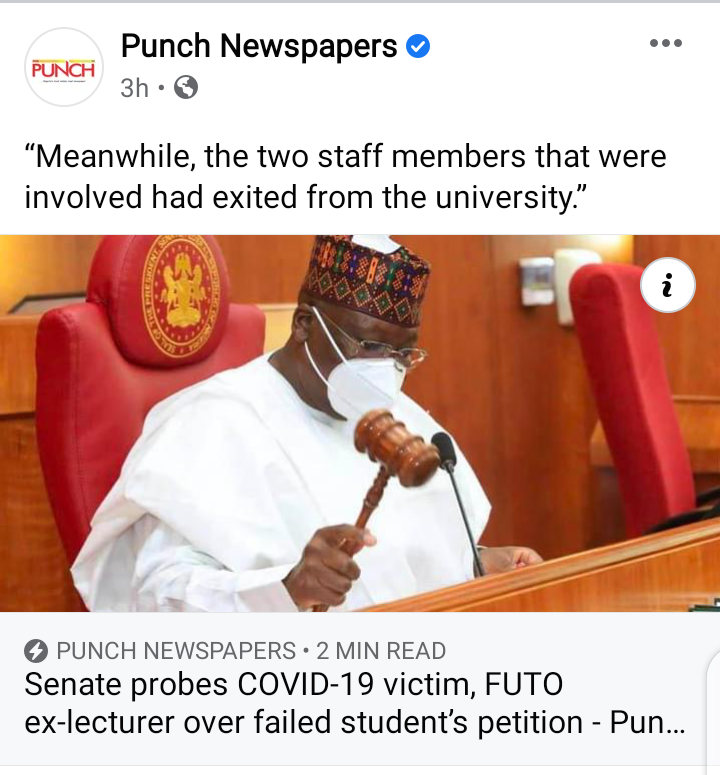 The Chairman of the panel, Senator Ayo Akinyelure, stated this while ruling on a petition brought before him by Messrs M. A. Ogbodogbo on behalf of Otobha.

In the petition, Otobha alleged that Williams Okionbare and Dr C. Onanuju, both lecturers of FUTO, connived to fail him in their courses in 2014.

Real Madrid and the Rivers State Government have signed a cooperation ratification agreement for promotion of sports amongst children and youths at the Real Madrid Academy, Port Harcourt. 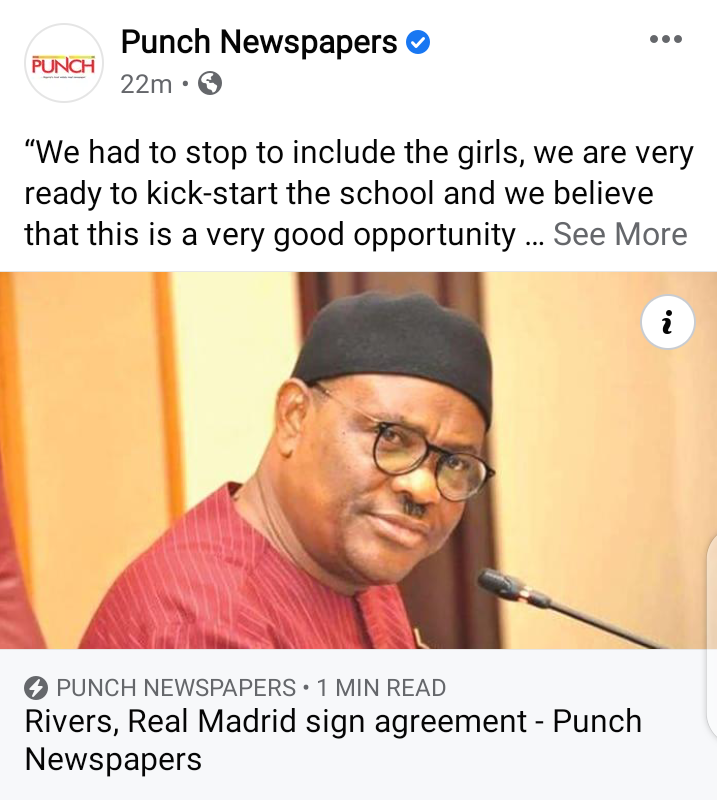 According to a statement on Sunday signed by Kelvin Ebiri, Special Assistant (Media) to the Rivers State Governor, the signing took place over the weekend at the auditorium of the Real Madrid Sport City, Madrid, Spain.

The Peoples Democratic Party has said the crisis recorded during Saturday’s All Progressives Congress state congresses, is a reflection of the greed and lust for power among APC leaders.

This, he said, was responsible for the myriad of crisis facing Nigeria today. 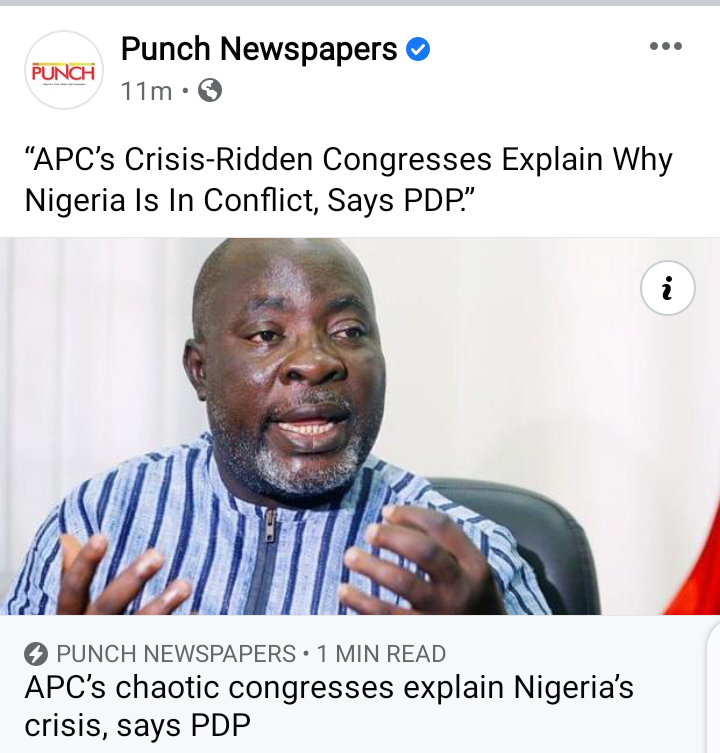 National Publicity Secretary of the PDP, Kola Ologbondiyan, said this in a statement titled, “APC’s Crisis-Ridden Congresses Explain Why Nigeria Is In Conflict, Says PDP,” which he signed in Abuja, on Sunday.

He said, “The fractious congresses of the APC has shown how greed and lust for power by the APC leaders has created crisis in all facets of our national life.

Akeredolu seeks pact on investment, others with Borough of Greenwich

Ondo State Governor, Oluwarotimi Akeredolu, has visited the Mayor of the Royal Borough of Greenwich, London, the United Kingdom, Councillor Denise Hyland, to seek partnership between Greenwich and the state. 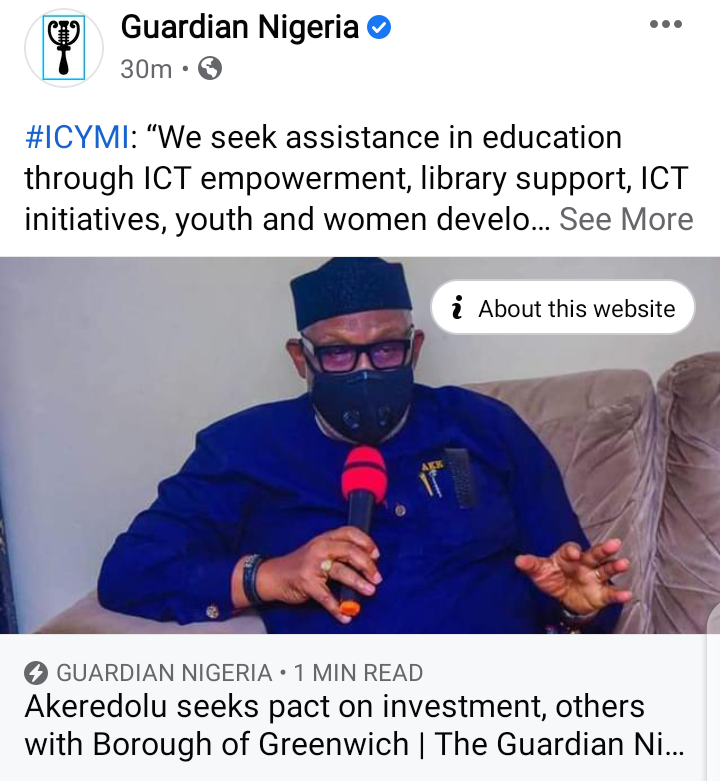 Akeredolu, who described Ondo as an educationally advanced state with a large youth population that provides affordable labour for industrial activities and women empowerment, made case for investment in the state.

The governor noted that the state already had partnership agreement with the city of Linyi in China, which he said, had led to the Ondo/Linyi Industrial Hub.