By ElMusaJnr (self media writer) | 2 years ago

In a funeral Service, Pastor Paul Watsav, admomished Christians to always prepare themselves for the kingdom of God because no one knows when death will come knocking, as according to him, what maters in life is not when and how one dies but what matters most is life after death.

Pastor Watsav said, death have surrounded mankind and it does not respect anybody irrespective of tribe, sex, age or Social status hence the need for Christians to always be prayerful.

In his funeral oration, Ter Logo HRH Chief Jimmy Meeme eulogisd late Orkpen and Gbaior, saying their selfless service to their Communities will always remain fresh in the hearts of their people.

The Royal father appreciated the effort of the Benue State Livestock Guard Commandant Mr. Linus Zaki and his boss Governor Samuel Ortom for always responding promptly to security challenges in Mbager in particular and Logo Local Government as a whole.

Chief Meeme while calling on the Benue State Governor to deploy more Security to the border Communities with NasarawaState to finally put a hault to the daunting security challenges in the areas, also thanked the Governor for signing into law the Open Grazing prohibition and Ranches Establishment Law 2017 which according to him is the global best practice of Rearing animals.

He concluded that, the death of the two young officers should serve as a reminder to all that one day, we shall also follow the same path.

Speaking separately at the burial of Late Commander Orkpen and Late Mr. Gbaior Gabriel, the Commandant, Benue State Livestock Guard, Mr. Linus Zaki described their death as a colossal and painful loss not only to Benue livestock Guard but Benue State at large, saying, the death of the officers has already created a vacuum that will be difficult to fill.

Mr. Zaki encouraged other members of Benue State livestock Guard not to be weak because of the death of the two officers but rather be encouraged to work harder as according to him, the Open Grazing Prohibition and Ranches establishment law has come to stay in Benue State and he will continue to enforce the law as prescribed by the law establishing it.

The Head of Benue State Livestock Guard also used the opportunity to thank his boss, the Executive Governor of Benue State, His Excellency, Samuel Ortom for his support towards full implementation of the Law in the State.

Mr Zaki said, he is pained by the exit of two of his dedicated and hardworking officers but he is however consoled for the fact they all lived a fulfilled life and died while serving their father land.

He pray God to grant the departed souls eternal rest and the families the strengths to bear the irreparable loss.

Benue finest Tiv folk singer Mr. Gabon Shiaondo Akuhe was also at the wake and burial of the officers to mourn with the families and Logo people through heart touching sons. 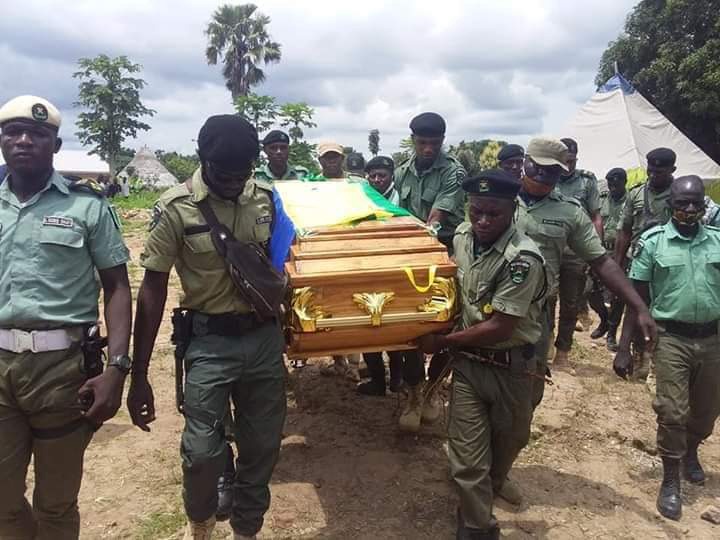 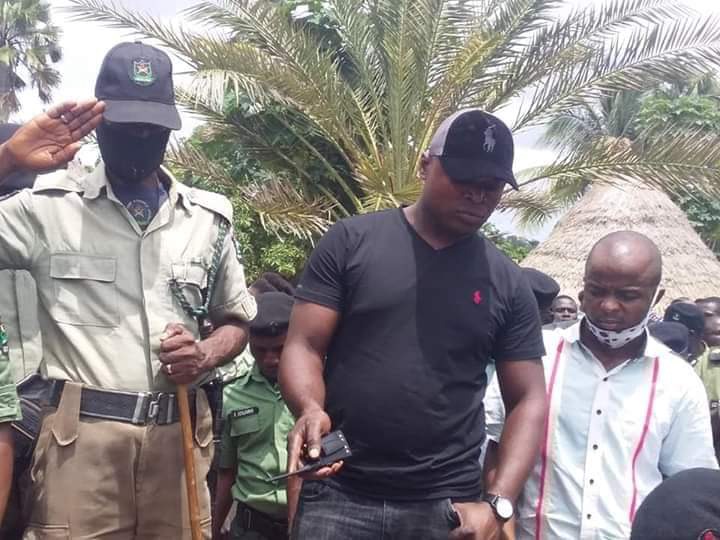