Why the Taiwan Democratic Progressive Party are so pro-Japan

The DPP’s main funders especially in it’s early period were the old landlord / elites of the colonial period. those are people who were generally considered colonial collaborators, which pretty much anyone from former-colonial countries would have a decent idea of what these folks would look like.

A most interesting look is the Koo family, who has two brothers who are on the polar opposite, on the one side you have Koo Chen-Fu who was the KMT representative in signing the agreement in 1992 with Beijing that was the first peak of the reconciliation of the modern period between the strait. 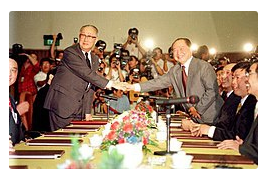 OTOH, his younger brother Koo-Kwang-Ming, who is funny enough the father of the rather famous economist Chinese-Japanese-American economist Richard Koo, someone that most people that follow Marco economist in the US, and especially Japan, should really know. but the elder Koo has been one of the most prominent supporter of the DPP, especially it’s more extreme factions and in it’s earlier phase. even though he’s officially not in the party right now. 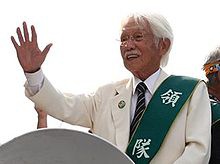 So why are two brothers on the opposite ends of the political spectrum? one should simply consider the story of their father. Koo Hsien-Jung

If he looks like a pre-war Japanese nobleman, that’s because he was; he rose to prominence when the Japanese tookover Taiwan in 1895, during which time Koo lead the negotiation of surrender of Taipei. and was handsomely rewarded by the Japanese for the rest of his life. Like many wealthy Taiwan men of his days (and this was really true up to my grandfather’s generation.) he had many wires, (even though technically it wasn’t really legal.) he was known to had at least 6 wives, the last of which, who was the mother of the younger Koo brother, was a Japanese.

Meanwhile, the elder Koo married the granddaughter of a famed scholar from Fujian, (who’s still kicking at the age of 94.) But his family kind of just is the most vivid picture of these type of family, the elder Koo was the designated heir, after the Japanese surrendered, he set out buying up every copy of his father’s biography and destroying it, so he wouldn’t be trialed as a collaborator, but he still did anyway (though he got bailed out soon.) but he eventually came to a reconciliation with the KMT and was basically the leader of the new collaborator to the KMT of the local elites.

Meanwhile, the younger Koo fled to Japan with his mother after the war. and only came back after quite a long time. While the Koo family was probably the most extreme story, non of this was a singular event, the current PM, Su Tseng Chang, his grandfather’s brother sold out one of the most notable anti-Japanese rebels during the first decade after the takeover, which resulted in not only the rebel’s entire family being massacred soon after their surrender, but over 3000 locals being executed due to their connection with him, unless they also had connection with the Su family. his grandfather then founded the first bank founded by locals, so I’ll leave you to figure out how likely that’s just his own smart and hard work there.

Of course, the PM Su shouldn’t have anything to do with the action of his ancestors, and the Koo family’s history is .. history, but simply just speaking from history, one has to note that the DPP’s core financiers and elders are deeply connected with those who massively profited from the Japanese colonial period, often at the expense of their compatriots.