2023 Presidency: Major Reasons APC Should Zone The Party Ticket To The Southwest (Opinion) 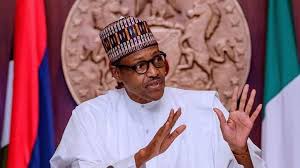 From the political maneuvering playing in the ruling party (APC), it is becoming evident that, the race for 2023 presidential election has started in earnest. Some major political happenings centre around the APC, with the issue of the next zone to produce the presidential candidate for the party. Some political analysts are of the opinion that, the North would want to hold on to power beyond 2023. Other analysts believe, that would result to a political suicide for the APC to field a presidential candidate from the North in 2023. Even though the zoning arrangement is not constitutional, it has become a tradition in both the PDP and the APC. So, in my opinion, APC will not want to commit a suicide that, is easily avoidable.

In the event of the party, agreeing to zone the APC presidential slot to the South, what zone in the south will likely merit it? Considering the contributions of the three geo-political zones in the south, to the successes of the APC in Nigeria, it is glaring that, Southwest ranks the highest. It was the zone, that first embraced the ideology of the APC. Asiwaju and some other prominent politicians in the Southwest ensured APC came out victorious both 2015 and 2019 general elections. Out of the six southwestern states, only Oyo is being controlled by the PDP, with Osun, Ogun, Ondo, Ekiti, and Lagos firmly in the hands of the APC. South south region does not have any state under the the control of the APC and Southeast can only boast of Imo State. In terms of credible candidate for the presidency in APC, the Southwest has them in abundance. Talking of loyalty to the party at large, Southwest APC members are wonderful. Over time, the APC members in the zone have proven their undiluted loyalty to the Buhari-led administration and the APC at large.

If the APC eventually decides to zone the presidential slot to the South, the choice of the APC stakeholders in the North must be factored into the permutation. Right now, and in my own opinion, among the three zones in the South, only the Southwest APC still has cordial and trust induced relationship with the majority of the APC members in the North. The majority of the Southeast and the South south APC members are still struggling to build a lasting trust with the Northern APC members, when it comes to power and governance. Therefore, it will favour the North to micro zone the presidential slot to the Southwest for the betterment of the APC and the country at large.

I strongly believe you have a comment, feel free to drop it.

You can also share this article to get more interesting news.