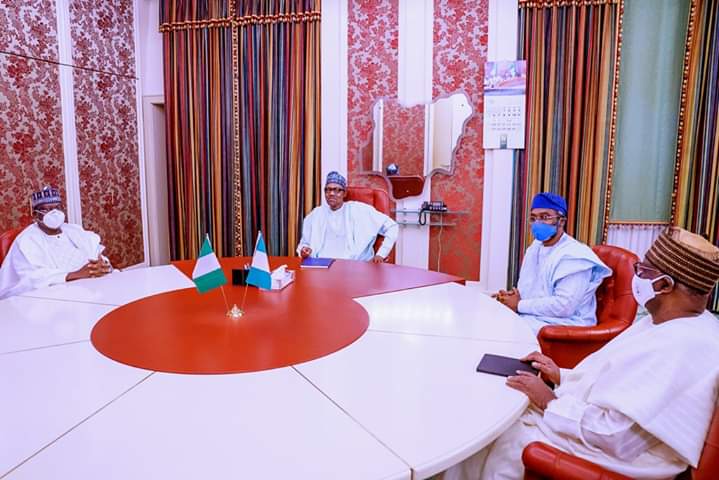 Governor Rotimi Akeredolu begs members of APC in Ondo state to forgive him of his sins.

The governor says he has tried his best for the people of the state.

APC is conducting its primary in the state on Monday, July 20

The federal government has disclosed that it is preparing for the safe reopening of schools nationwide.

The ministry of education stated that the guidelines for safe resumption need to be in place before schools can reopen.

The government said school owners are expected to prepare and comply with the guidelines for safe resumption.

The Oyo State Governor, Engr. Seyi Makinde, on Friday commissioned another COVID-19 Isolation Centre in Awe, Afijio Local Government Area of the State, where he declared that his administration’s goal of revamping the Health sector remains unshaken. The governor, who was represented by his deputy, Engr. Rauf Olaniyan, stated that the current administration in Oyo State was set to remodel health facilities in all the nooks and crannies of the state.

Those behind the kidnap of the family members of Usman Maku, elder brother of former Minister of Information, Labaran Maku, have demanded N20 million for the release of his wife, Asamawu. The demand came as the remains of Maku’s son, Salisu, who was also kidnapped by the gunmen numbering over 10 on Tuesday, was found. The kidnappers had during the raid on the house of the Makus in Gudi area of Nasarawa State, shot dead Maku’s daughter, Sahadatu.

A 29-year-old man identified as Abuchi Wisdom Nwachukwu has been beheaded by his colleague Moses on Friday in Auchi, Edo state, in an effort to do away with his N13 million. Amirable Emem disclosed this on her social media page. She said, “After the deceased informed him that his elder brother living in South Africa had sent him the sum.

The Confederation of African Football has confirmed that the African Cup of Nations will return to it’s June/July date by 2023. CAF’s acting General Secretary, Abdel Bah stated that there are no plans for a change in the timing of the competition, though the next tournament will take place in January 2022, because of the […] The post CAF confirms 2023 AFCON tournament will hold June/July.