Was it wise for Trump to sanction China? 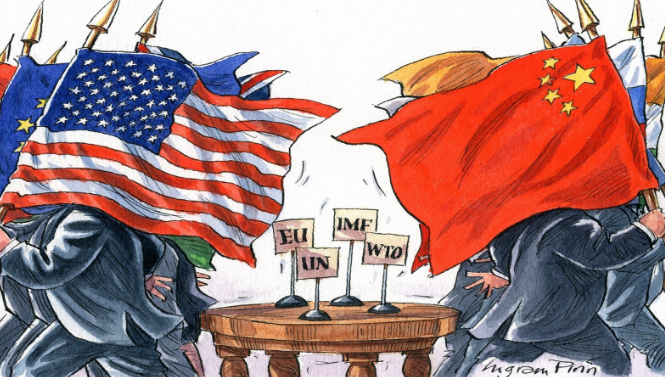 Given what China is doing to Hong Kong, they deserve to be sanctioned, and any agreement to end the trade war should be ripped up. Even the UK, that supported China using their 5G in the UK, has since said they will ban Chinese tech products. China is doing this to itself. It is burning its own bridges because it’s arrogant enough to think it doesn’t need any other country. Higher they stand, the harder they fall, and pride always comes before a fall. Something the CPC will learn the hard way. Trump has threatened China with sanctions over the new national security act for Hong Kong. The US has done similar threats and sanctions regarding Tibet and Xinjiang. Trump has threatened sanctions before and many have fallen by the wayside. The most recent cases were regarding the sales of the S-400 missile system from Russia to Turkey, India, and China. None were ever executed. It seems like SOP for the US, it threatens sanctions as a way to bully others. It is wearing thin and countries are finding ways to dilute the effect of these sanctions. The current major thrust is twofold. The first is to user barter credits instead of actual financial transactions and the second is to find an alternate currency and alternate financial transfer system. The first is used by the EU with Iran to circumvent the US sanctions on Iran. The second, that is working its way up, is the EU, Russia, Iran, and China are proposing an alternate(s) to the dollar and the SWIFT system. It amazes me that the way the US covers up crimes of domestic meddling in other countries is to sanction them, case in point is Hong Kong, Tibet, and Xinjiang. How convoluted can a country get?

The power of sanctions comes from the US dollar and control of the SWIFT monetary transfer system. On the horizon, it appears that sanctions are getting weaker as those who get sanctioned find alternatives. The latest is the 25 year trade agreement between Iran and China. What we are seeing is China defying US bullying. China is saying to the US: ‘In your face!’ Now it remains to be seen how the US responds. Before this agreement, Russia backed Iran. Now if the words of the agreement are to be believed, China has Iran’s back also. Though the agreement focuses on the development of the BRI in Iran, it has China agreeing to help Iran with its military program with Russia. “It calls for joint training and exercises, joint research and weapons development and intelligence sharing, all to fight “the lopsided battle with terrorism, drug and human trafficking and cross-border crimes”.”

One side note, not in the article above, but part of the agreement is that Iran has turned the development of the port of Chabahar and railway to China and pulled it away from India. Iran said that India did not develop the port as agreed so it turned to China to develop it. It has to be a blow to India because it was its link to the Middle East from India as part of its parallel road to China’s BRI. It is becoming very clear that China is not kowtowing to the US and that could bring a showdown between the two powers unless one or the other backs down. I think Trump is finding out that his bullying is not working, especially with China, and in fact has worked in the opposite direction of what was intended by his foreign policy.