By Diamondaj (self media writer) | 1 year ago 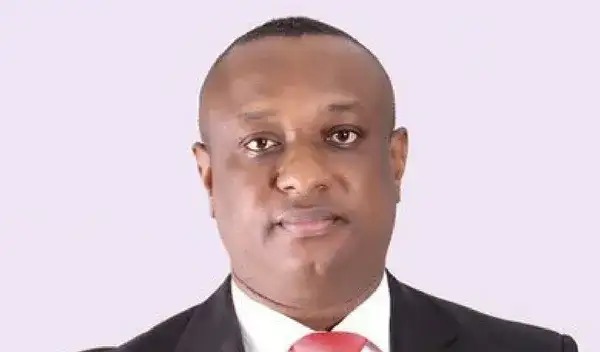 Account opening through the Bank Verification Numbers of the 774,000 participants of the Nigerian government’s Special Public Works (SPW) scheme in the 774 Local Government Areas (LGAs) is about to begin.

Heritage Bank, one of the six participating banks in the programme, said in a statement issued on Monday by Fela Ibidapo, its divisional head, corporate communications, that participants would be paid an allowance of N20,000 monthly with the commencement date scheduled for 1st November.

A post COVID-19 poverty alleviation initiative approved by the Nigerian government and the Federal Ministry of Labour and Employment, the SPW seeks to implement 774,000 jobs in all the 774 LGAs in the country within a period of three months.

The statement noted that a special feature form had been supplied by government to capture the biodata of participants for the exercise.

The programme has seen some setbacks to its commencement with the National Assembly earlier asking that it be suspended after a fracas between Minister of State for Labour and Employment Festus Keyamo and the lawmakers regarding the procedure and operations of the scheme.

In July, the Nigerian government however announced through its Twitter handle, @Nigeriangov, that the initiative had commenced. 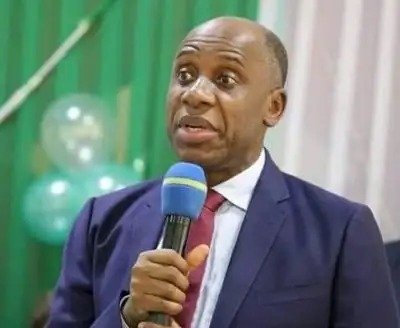 Minister of Transportation, Rotimi Amaechi, has disclosed that the President Muhammadu Buhari-led government is seeking for $11billion loan to construct Lagos-Calabar railway.

The former Governor of Rivers State also charged the people from the South to work with the government to enable them foster growth in the region.

Amaechi made this call in a statement released to newsmen on Monday during an interactive session with the South East, South South Professionals of Nigeria (SESSPN) in Lagos State.

The SESSPN invited the Minister to address some concerns of the people, which included security, power, economic and social integration and representation in government.

Amaechi said, “We fight a lot among ourselves. In South South and South East, we fight amongst ourselves. I’m saying this so that we can separate emotions from reality.”

“Today, it is not about President Muhammadu Buhari. It is about us. This administration is doing a lot, but because it is President Buhari, we pretend not to see it.”

“We complain about lopsided appointments. Apart from the area of security, have you checked other areas side by side?”

“The President will appoint someone from the South East, and people from the same region will fight against the appointment, if you are the President, how will you feel?”

“When we took office, the President asked us to complete all projects left by previous administrations before starting new ones. We did that and it was across all regions.”

“We completed Port Harcourt Airport, we are working on Enugu Airport; Enugu-Onitsha road, work is going on, no matter how slow.” 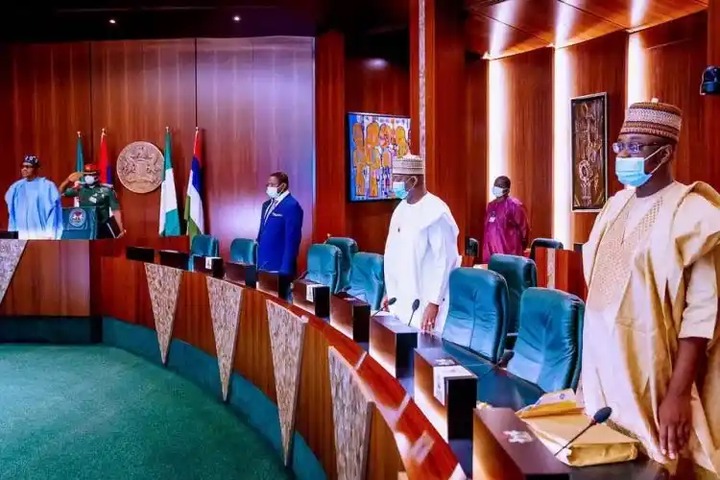 The Federal Government says it may consider the plea by some states for the extension of the registration time for the payroll support system to enable some states meet their quota.

The Special Assistant to the President on Micro Small and Medium Enterprises (MSMEs), Mr Tola Johnson, disclosed this to the News Agency of Nigeria (NAN) in Abuja on Monday.

4) Obasanjo tells Buhari how to react to #EndSARS protests 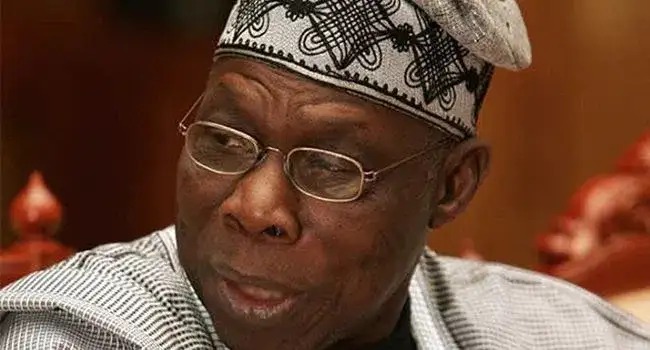 Former President Olusegun Obasanjo has advised that President Muhammadu Buhari should use the endSARS protest as an opportunity to let Nigerian youths know that he understood their plights as a father.

The former leader noted that the EndSARS protest, still ongoing in many states of the federation, was a product of frustration and urged the government to address the demands of the youths.

He spoke on Monday when the Ooni of Ife, Oba Adeyeye Ogunwusi hosted him in his palace at the ancient city.

Obasanjo said, “More than 65 percent of our population are between the ages of 18 and 30. They are not only struggling to acquire education, they are also aspiring for the best that life can offer them.

“Some of them didn’t even get educated while those who are educated are getting frustrated because of lack of opportunities. We must realize that the lid on the boiling steam would have to be removed. 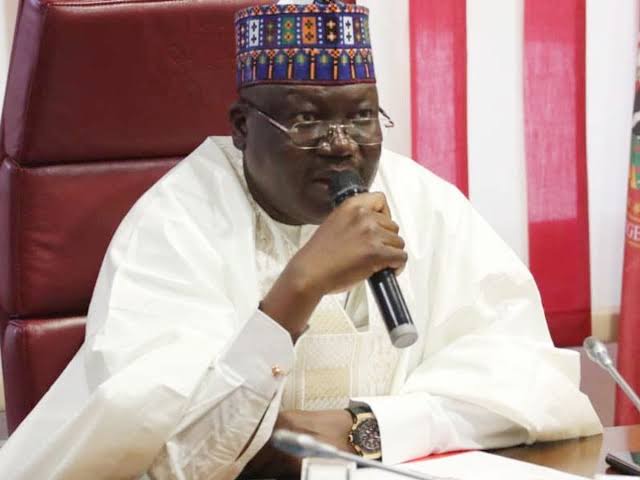 President of the Senate, Ahmad Lawan has solicited for support from the government of India towards the Federal Government’s quest to take 100 million Nigerians out of poverty in 10 years.

Lawan made the request when he hosted the Indian High Commissioner to Nigeria, Mr. Abhau Thakur who visited him on Monday in Abuja.

The Senate President said, “presently this administration is working towards taking 100 million Nigerians out of poverty in the next 10 years.

“The government is doing quite a lot in so many areas to address the needs of Nigerians, but of course it will be a long haul.

“If you have to take out 100 million people out of poverty it means you have to have strategic and sustained institutions and efforts to address the needs of the people, and we are determined to do that”.

Lawan commended the Indian government for training the Nigerian security agencies in the area of fighting insurgency and terrorism.

“This is what we share in common. You also have your challenges in Kashmir region. Your experiences will definitely help us in the fight against insecurity, particularly the insurgency in the North East”, he said.

The Senate President also applauded the setting up of the joint working group between India and Nigeria and urged the two countries to ensure that the initiative worked for their mutual benefit.

The Senate President advocated collaboration between the parliaments of India and Nigeria.

“The two parliaments – Parliament of India and Parliament of Nigeria – may be different, there are a lot of things to learn from each other. 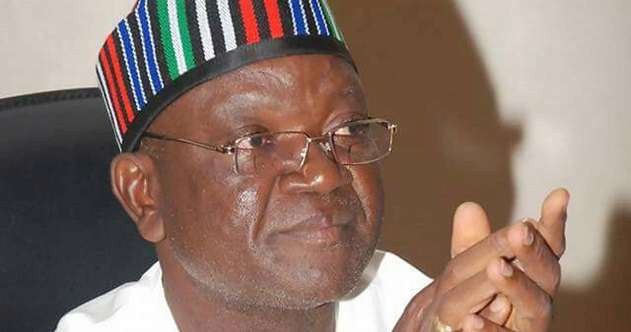 The governor of Benue State, Samuel Ortom, has called for the continuation of #EndSARS protest currently sweeping many states of the federation.

The governor said that “the protest should continue without violence until leaders correct decades of wrongs in Nigeria”.

He spoke at the state Government House in Makurdi on Monday, insisting that it was necessary for the country to be restructured.

He told newsmen that as a son of an ex-policeman, he knew for a very long time the force had been suffering from poor funding.

“The police should be well funded, trained and equipped so as to perform their constitutional duty of protecting lives and properties.

“I will join the protest if my people called on me to do so,” he said.

The governor went further to explain that the ongoing protest was not only about #EndSARS alone but impunity occasioned by attacks and killings of harmless farmers by herdsmen without any visible effort by the Federal Government to bring the perpetrators to justice.

7)Minister Lai says #EndSARS protests have been hijacked by hoodlums, calls for an end 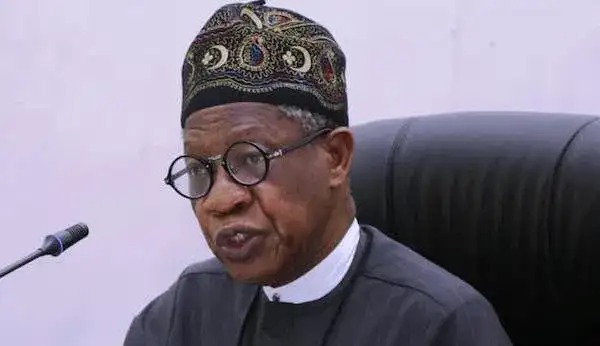 The Minister of Information and Culture, Lai Mohammed, on Monday said that EndSARS protests rocking different parts of the country has been hijacked by hoodlums.

He therefore, called on the protesters to end the protest because the government would not fold its arms when the lives of the citizens were at risk.

He spoke at the special News Agency of Nigeria (NAN) Forum in Abuja.

He said, “We have received petitions from various groups saying that they originally supported the #EndSARS protest because they believed genuinely that they were speaking for all Nigerians.

”This morning (yesterday), we also read in the newspapers that one of the conveners of the #EndSARS have resigned on the ground that the protest has been hijacked from them.

“The leader said they are now getting directives and commands from abroad and money is being sent whereas this is not what they stood for.’’

Mohammed said the demands of the protesters had been met by the federal government and that governors had also started to implement their request.

On the claim that the protest had been hijacked by hoodlums, the minister said the alleged Saturday’s assassination attempt on the governor of Osun, Adegboyega Oyetola, the supposed invasion of a Correctional Centre and release of inmates in Edo as well as the police station that was set ablaze in Benin, were some of the proofs.

Many people from the Lekki axis in Lagos were stranded and the state government said they are losing about N200 million daily.

“It was reported that a pregnant woman lost her life on Friday while people are spending hours daily on the road to get to their destinations.

“With all these ugly developments coupled with the fact that we are just coming out from the COVID-19 pandemic, the economic damage may be too much for the country to handle.

Content created and supplied by: Diamondaj (via Opera News )