By Olayinkaola (self media writer) | 1 year ago 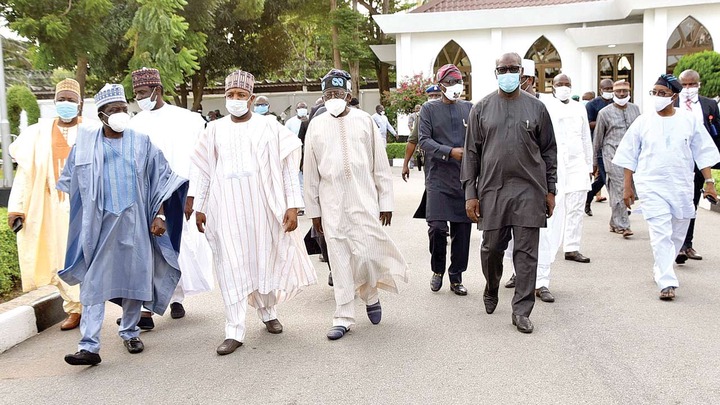 The governors of the All Progressives Congress (APC) who have been tasked with winning the Edo State gubernatorial election have held an important meeting to discuss ways to achieve their goals in the September 10 by-elections.

The governors held the meeting at an undisclosed location, according to The Nation, a source at the APC (PGF) governors' headquarters in Abuja confirmed to her.

They are thought to have joined the meeting or will be sitting at some point later tonight.

Prior to the governors' meeting, members of an APC campaign committee in Edo spent more than 45 minutes talking at the APC headquarters, before moving to a house in Abuja.

Attendees included the chairman of the committee, Imo State Governor, Senator Hope Uzodinma, and his deputy Ovie Omo-Agege; and Professor Julius Ihonvibere among others.

Committee members and Ize-Iyam declined to speak to reporters after leaving the APC headquarters.

Sources said they had left the APC headquarters to meet with other stakeholders to further discuss how to take over Edo State from the PDP.

Our meeting at the APC headquarters is short because we need to meet with some of the key stakeholders in the Edo State gubernatorial election to discuss them .

It was reported that Edo State 's election is very important for the APC, so the governors will hold an important meeting at a venue in Asokoro .

They will discuss how the APC will win the Edo and Ondo state governorship elections.

Now: Ms. Nunieh clarified to the Federal Parliament the truth about the NDDC scandal

I will not condone the abuse of my MPs - Buhari

The NSCIA commended the CBN for introducing interest-free loans

70,000 Nigerians from Sokoto and Katsina have fled to Niger